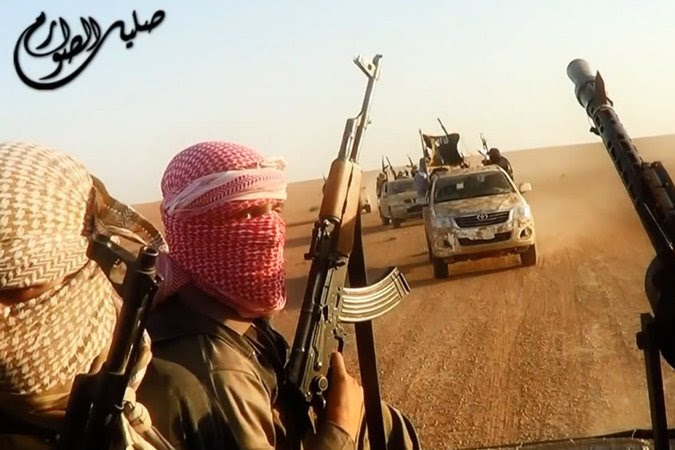 An image taken from a video uploaded on Sunday by the Islamic State of Iraq and Syria claiming to show fighters in Tikrit, Iraq. CreditISIL, via Agence France-Presse — Getty Images