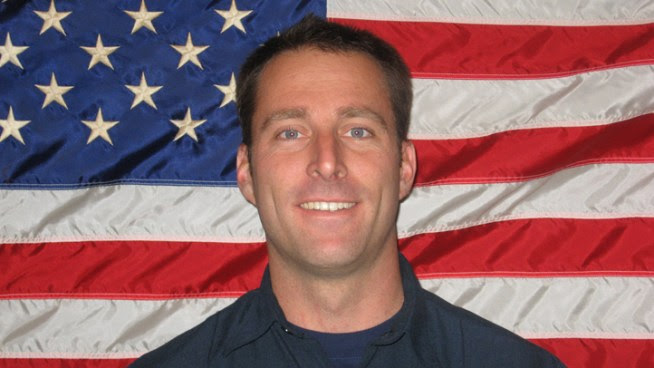 The body of missing Arcadia firefighter Mike Herdman was found, officials said Friday.
Ventura County Sheriff's officials will hold a press conference at 4 p.m. where they're expected to release details about the discovery.
Herdman, 36, disappeared Friday, June 13 during a camping trip in the Los Padres National Forest near Fillmore with a friend and fellow firefighter.
His dog, Duke, ran away from the campsite and Herdman chased after him, barefoot and wearing just a T-shirt and shorts.
He was reported missing when his friend emerged from the forest and contacted authorities.
Duke was found June 23 in a parking lot where Herdman's car had been parked. Much of the search focused on finding Duke, who had been spotted twice in a week.
Authorities combed through a 50-square mile radius in in the Los Padres National Forest. At one point as many as 86 search and rescue volunteers had been looking for Herdman. Two manned flight crews and two drones were used to search the rugged terrain.
Several Southern California sheriff’s departments and a team of special agents from U.S. Immigration and Customs Enforcement are also involved.
Officials have said that Herdman is an outdoors enthusiast with experience backpacking in the backcountry.
Follow NBCLA for the latest LA news, events and entertainment: iPhone/iPad App | Facebook| Twitter | Google+ | Instagram | RSS | Text Alerts | Email Alerts
Posted by firesprinklers at 3:58 PM