Casey Kasem, an appreciation: A critic's take on why he mattered 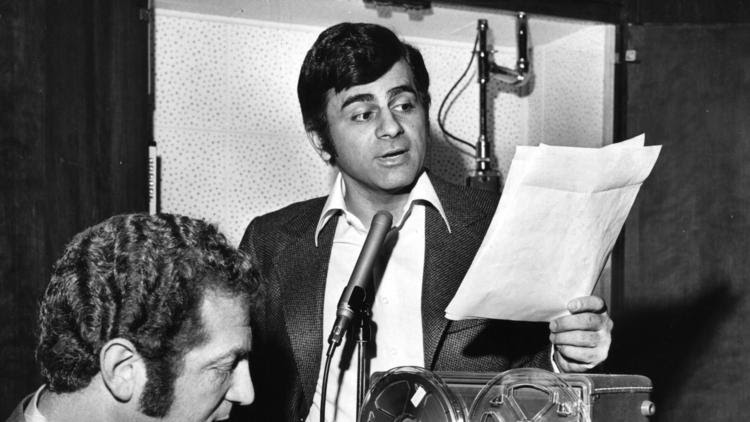 In a photo taken March 11, 1971, Casey Kasem makes audition tape as Charles H. Stern records what would become the voice of pop music to so many people. (John Malmin / Los Angeles Times)


And now, for a long-distance dedication.
This letter arrives courtesy of Sunday morning radio listeners across the country, from those millions in bedrooms and kitchens or near car stereos whose first pop music experiences arrived through the voice of one man, a DJ named Casey Kasem.
Kasem, the warm voice of the syndicated show “American Top 40” on and off for more than three decades and a seminal figure in Los Angeles music starting in the 1960s through his work on KRLA and the afternoon TV show “Shebang!” died Sunday morning at age 82. With his passing, generations of listeners who awakened to his pop music sermons have found themselves minus a formative educator.
Casey Kasem: A look back at his mark on TV
Yvonne Villarreal
Each week beginning on July 4, 1970, Kasem counted down America’s “hits from coast to coast.” With a comforting voice that delivered each song with enthusiasm and catch-phrases such as “the hits get bigger and the numbers get smaller,” the disc jockey paced through the pop, rock, country and R&B hits that comprised the chart. At its peak, the show aired on more than 1,000 stations (and continues to this day with host Ryan Seacrest).
The result was must-hear radio. Before the Internet shattered the top 40 template by allowing infinite access to volumes of new music regardless of chart position or buzz, “American Top 40” was, along with television’s “American Bandstand,” the most prominent and enduring stethoscope monitoring the country’s musical heartbeat.
lRelated 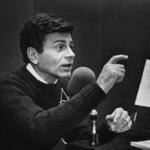 SEE ALL RELATED
8
Just as important for those of us looking for an introduction to the world of music, Kasem and his team delivered streamlined content and history, and they humanized both the artists and the ideas driving their hit songs. As he counted down from 40 to 1 or delivered a famed “long-distance dedication” to a listener, Kasem offered trivia on chart position and the artists’ place in the pop continuum.
“Here’s a smash by the first recording artists we’ve ever known about who’s been officially named poet laureate of any of the 50 states,” he said in a July 1974 program. Honoring John Denver’s hit “Annie’s Song,” Kasem said that a proclamation made by Colorado’s governor had named the songwriter “poet laureate of that Rocky Mountain state.” He then offered the Webster’s definition of “poet laureate,” a little nugget of education nestled within the fandom.
In his own way, Kasem was passing down the stories that defined pop. Before cueing the Chicano band Tierra’s hit in a show from early 1981, Kasem described its East Los Angeles origins.
CAPTIONCasey Kasem in 1971
Los Angeles Times
Casey Kasem makes an audition tape in 1971.
CAPTIONCasey Kasem in 1981
Gary Friedman / Los Angeles Times
Casey Kasem broadcasts on radio station KIQQ in 1981.
CAPTIONCasey and Jean Kasem
Mindy Schauer / Los Angeles Times
Casey and Jean Kasem attend the 1990 Emmys.
CAPTIONCasey Kasem receives Icon award
Eric Jamison / Associated Press
Casey Kasem receives the Radio Icon award during the 2003 Radio Music Awards in Las Vegas.
CAPTIONKasems at tribute to Barbara Walters
Michael Tullberg / Getty Images
Casey Kasem and his wife, Jean, arrive at the Museum of Television and Radio's gala tribute to Barbara Walters at the Beverly Hills Hotel in 2004.
“Their main support came from the Latino low rider community clubs, organizations of car enthusiasts who would lower the chassis of their car and cruise the boulevards,” he said. “This week, Tierra cruises up a cool two notches on the survey with ‘Together.’ ”
The knowledge could be fun too. Before playing Prince’s “When Doves Cry” during a summer 1984 show, Kasem gave trivia on past bird-related hits by Inez Foxx (“Mockingbird”) and Rufus Thomas (“Do the Funky Chicken”). He then dubbed the dove “the most named bird in the top 40.” When introducing Carl Douglas’ novelty hit “Kung Fu Fighting” as the No. 1 song of Dec. 14, 1974, he took a step back to examine kung fu culture.
Such information was usually only a few sentences long, but over the course of the show it accrued, 40-plus data points per morning, offering boundless avenues of entry into the cast of characters that made up pop music.
cComments
Got something to say? Start the conversation and be the first to comment.
ADD A COMMENT
0

In the pre-Internet era, such information was hard to find. As a trade magazine, Billboard wasn’t geared toward your average teen, and it was too expensive anyway. Record store charts varied from town to town. In contrast, “American Top 40” under Kasem was the definitive source, something we all agreed on, and each week as he ran through Billboard’s pop singles chart there was a palpable sense of anticipation. Would Bruce Springsteen unseat Duran Duran for the No. 1 single? As we endured ads for Hooked on Phonics and Doritos, how far up the charts could ABBA’s “The Winner Takes It All” possibly ascend?
Granted, to rebels, Kasem’s preaching felt more like some wicked indoctrination. As pop music expanded and evolved and Kasem’s generation matured, his version of America seemed less relevant, and he became to many a symbol of everything wrong with reductive, market-driven pop music. To a generation channeling anger and frustration through hip-hop and punk, Kasem was someone to rebel against. He may have been warm and friendly, but he certainly wasn’t cool.
That truth is one reason why an extant recording of Kasem berating an American top 40 producer during a recording session went viral, and was so illuminating. The recording captured Kasem losing his cool during a taping of a long-distance dedication about a recently deceased dog named Snuggles. His tirade shattered the façade, and forever altered the DJ’s carefully crafted nice-guy image. But it also confirmed him as not just an invisible voice flowing from the radio but also as a stubborn perfectionist more than willing to be as demanding as he needed to be.
And then there were those long-distance dedications, when each week, Kasem dipped into the mail bag and read another Kleenex-inducing story of loss or love, then played a request. At times, they were cheesy, designed for maximum treacle -- letters from estranged lovers, high school sweethearts looking to reconnect, soldiers stationed abroad listening via the Armed Forces Radio Network.
As overwrought as they sometimes were, though, these dedications confirmed an important truth about the ways in which a pop song can gain meaning not through mere melody but through an exchange of emotions. He taught that a song considered disposable by one could be a lifeline for another, could embody feelings that transcended the constraints of mere melody line, could manifest profound emotion.
It’s similar to what many are feeling with Kasem’s passing. Through peaks and valleys, through soft rock, disco, new wave, rap, grunge, dance-pop and beyond, the DJ celebrated not the hooks and rhythms that made songs hits, but the underlying spirit that drove them into hearts and minds.
And for that, Casey Kasem earned his rank, and our eternal thanks.
Twitter: @LilEdit
Copyright © 2014, Los Angeles Times

Posted by firesprinklers at 1:40 PM