Asiana pilots switched off system that might have averted crash: NTSB 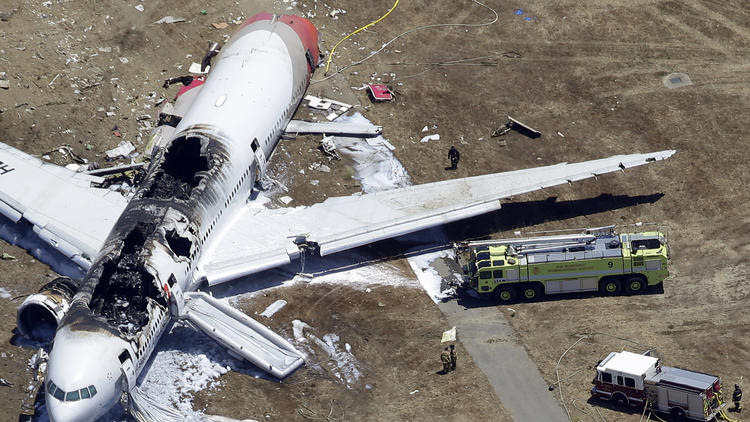 Federal safety panel on Tuesday concluded that the pilots flying the Asiana Airlines jet that crashed in San Francisco on July 6, 2013, mismanaged their landing approach and inadvertently shut off an automatic speed control system that might have prevented the accident.
Meeting in Washington, D.C., the National Transportation Safety Board also blamed the crash on the pilots' failure to monitor their airspeed and altitude and a decision to abort the landing that came too late.
National Transportation Safety Board investigators blame the pilots of an Asiana Airlines plane for hitting a sea wall and slamming into the runway at San Francisco International Airport in July 2013.
The crash occurred last July when an Asiana Boeing 777 en route from Seoul struck a sea wall and slammed into the runway while attempting to land at San Francisco International Airport. Three people were killed and 187 were injured, 49 seriously.
Investigators have said the pilots came in too slow and too low to touch down safely.
In addition to the main causes, the NTSB concluded that a number of factors contributed to the crash, including the complexity of the Boeing's automated flight systems and fatigue that likely degraded the performance of the pilots.
lRelated 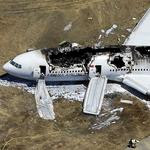 SEE ALL RELATED
8
The four-member panel also stated that the trainee captain at the controls that day lacked the training for landing an aircraft manually, and the pilot-instructor monitoring in the cockpit provided inadequate supervision.
During the hearing, the NTSB weighed a variety of factors, including the skill and training of Asiana’s pilots and the effect of computerized flight systems on flight crew awareness.
Much of the discussion focused on the design of a Boeing Co. throttle system that automatically adjusts airspeed.
Timeline of Asiana Airlines Crash
Investigators found that the pilots inadvertently deactivated the device when they did not completely turn off the plane's automated flight systems during the approach to landing. As a result, the automatic throttle went into a hold mode and could not activate when airspeed dropped.
Late last year, Asiana officials announced they would overhaul the airline’s safety procedures and improve training to sharpen flying skills, such as increasing the hours of flight simulator training for landings without relying on automated guidance systems.
cComments ADD A COMMENTSEE ALL COMMENTS
7
The carrier has vowed to add safety specialists, improve maintenance and hire consultants to evaluate its procedures.
Meanwhile, the South Korean government is considering an increase in training requirements and tougher penalties for accidents that result in casualties.
Follow @LADeadline16 for aviation news.


Posted by firesprinklers at 11:46 AM