Inside the U.S. Embassy in Iraq Under Threat 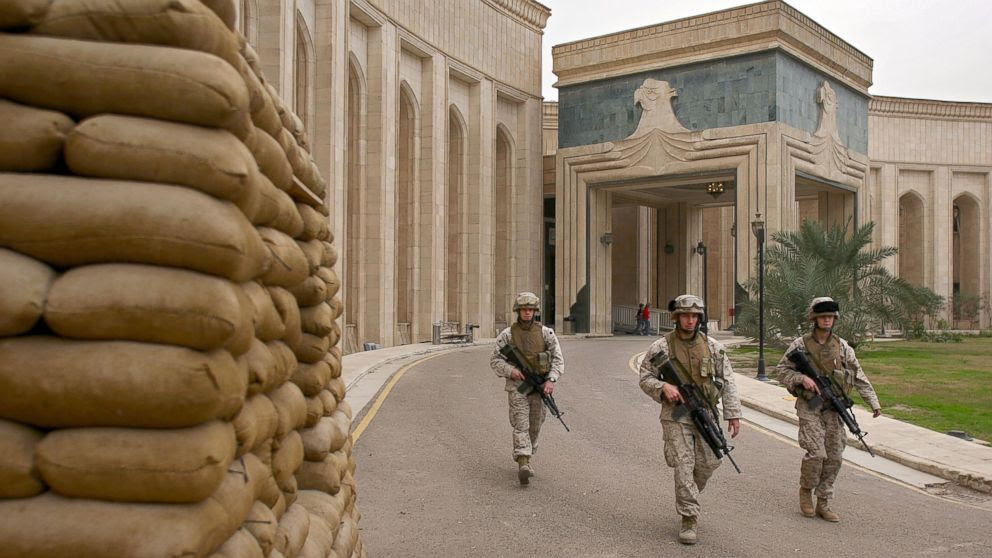 U.S. Marines walk past the front of the American Embassy, Feb. 6, 2007, in Baghdad, Iraq. John Moore/Getty


Outside the U.S. Embassy in Baghdad, Iraq, the city is gearing up to fend off the militant Sunni group ISIS, enlisting volunteers to help protect Baghdad from attack.
Inside the embassy's Baghdad compound, U.S. employees are waiting for the arrival of 100 U.S. Marines and army troops to help bolster security in case the capital falls to ISIS' fighters.
The threat of an ISIS attack prompted the evacuation of a significant number of employees, as well as the addition of 50 security personnel this week, State Department officials said. In addition, the warship USS Mesa Verde has been ordered into the Persian Gulf along with three other ships. The Mesa Verde has about five Osprey planes that can take off and land like a helicopter and fly like a plane. Ospreys have been used in other embassy evacuations.
The situation has recalled for many the tense moments during the Iranian Revolution in 1979, when supporters of the revolution stormed the U.S. Embassy in Tehran and held U.S. workers hostage. 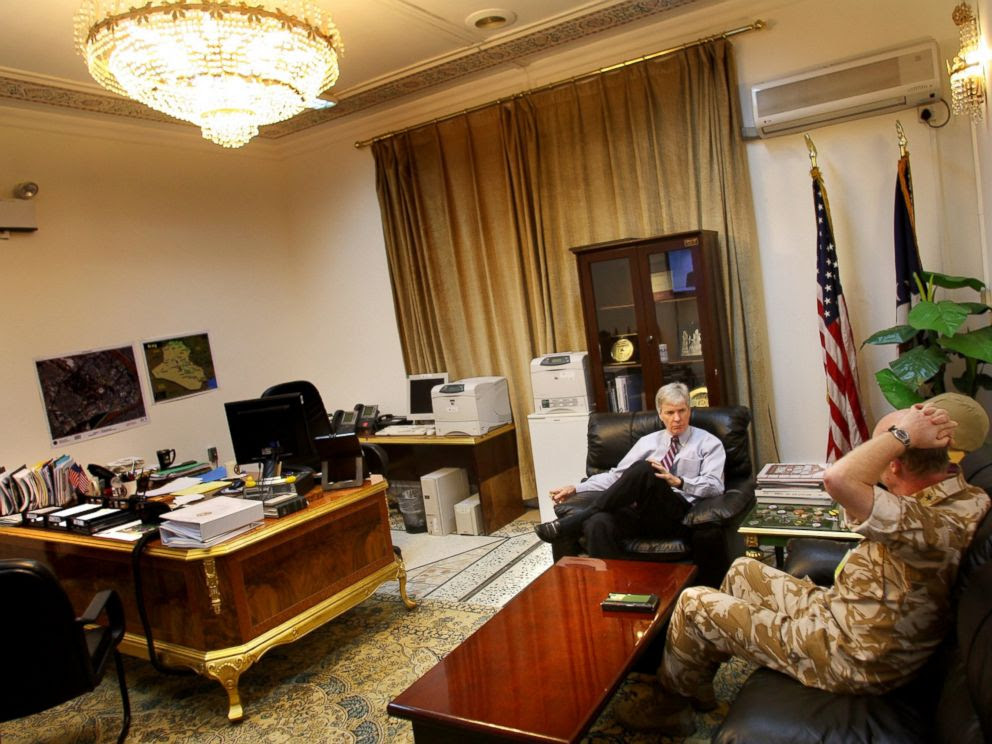 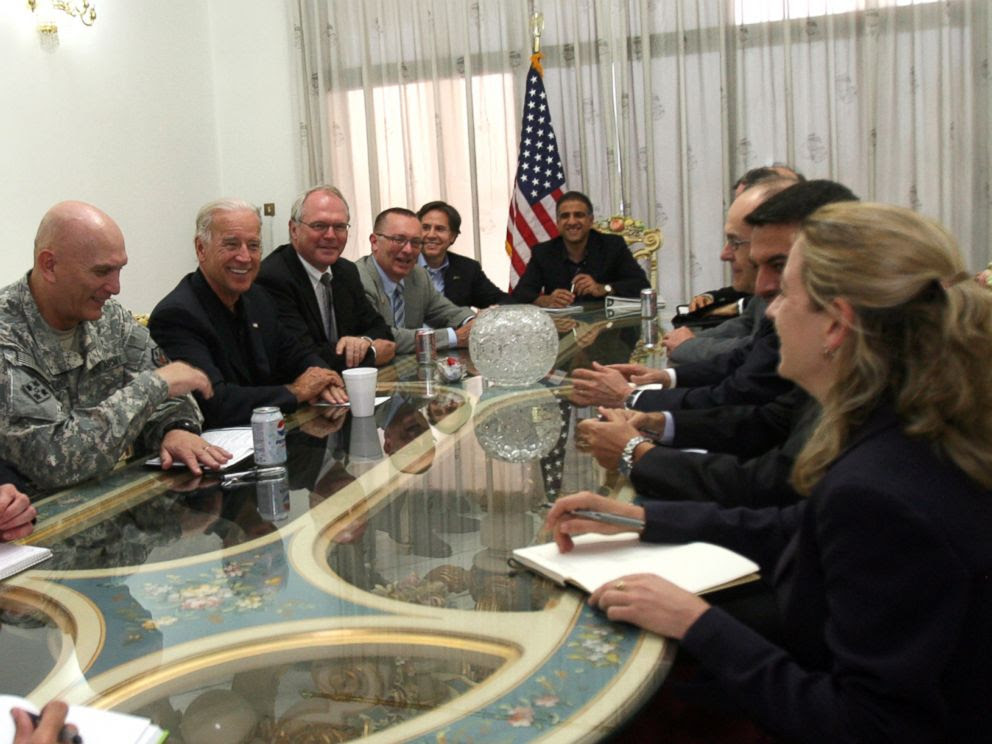 Ali Al-Saadi/AFP/Getty Images
PHOTO: Vice President Joe Biden sits along side Gen. Ray Odierno and U.S. Ambassador to Iraq Christopher Hill during a meeting at the US Embassy in Baghdad, July 3, 2010.
According to a report on the embassy released by the Office of the Inspector General last year, several security programs are in place to warn employees of any threat. A "sense and warn" system identifies, tracks, and warns employees of incoming rocket and mortar fire, while emergency reaction teams and explosive detection dogs are in place on a day-today basis. 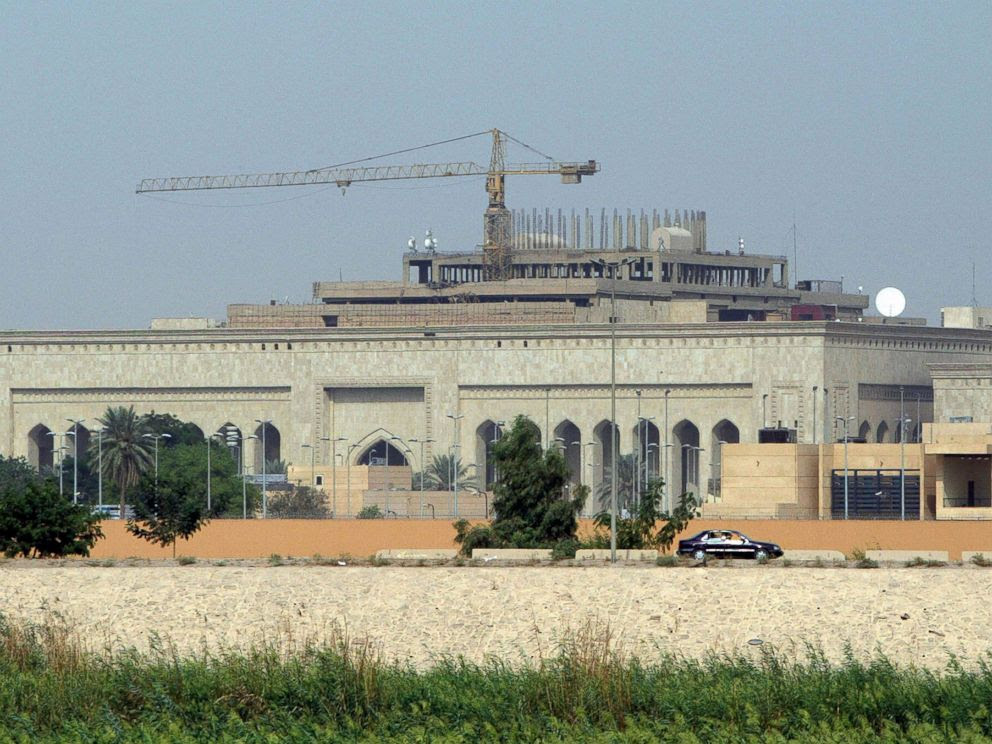 AFP/Getty Images
PHOTO: The new US embassy complex, still under construction, in the heavily fortified Green Zone, on the west bank of the Tigris River in Baghdad, Oct. 11, 2007. 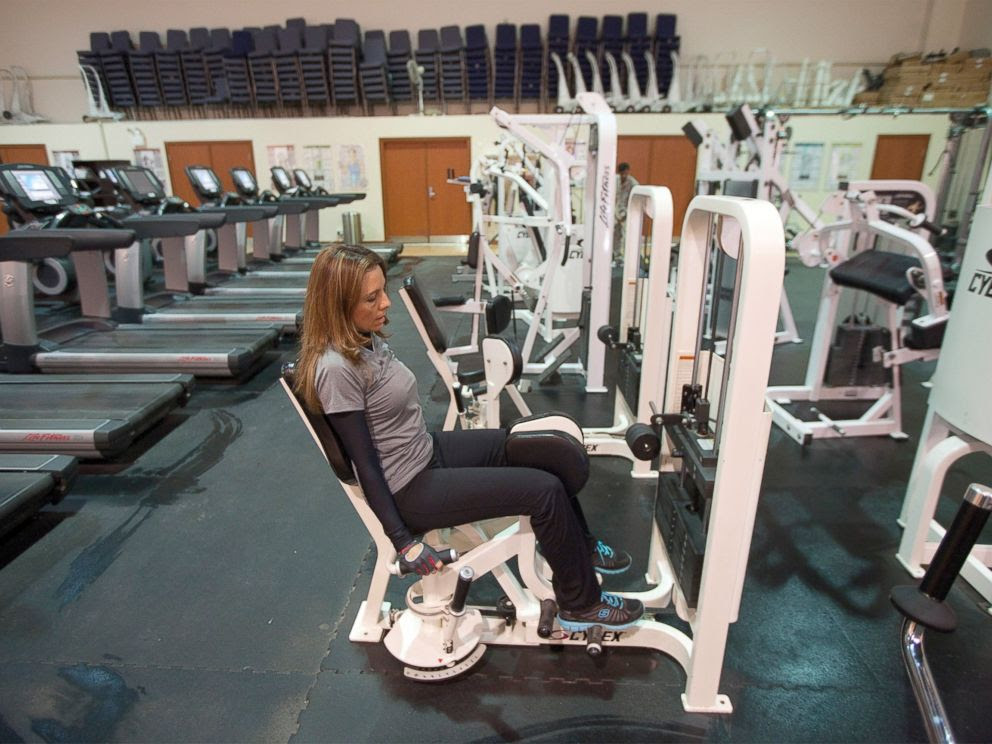 Lucas Jackson/Reuters
PHOTO: An embassy employee works out in a facilities building inside the compound of the U.S. embassy in Baghdad, Dec. 14, 2011.
The embassy is the largest U.S. embassy in the world and, at more than $700 million, was the most expensive to construct. It contains housing, conference rooms, cafeterias, recreational facilities, offices, and even gardens for the employees living and working inside. 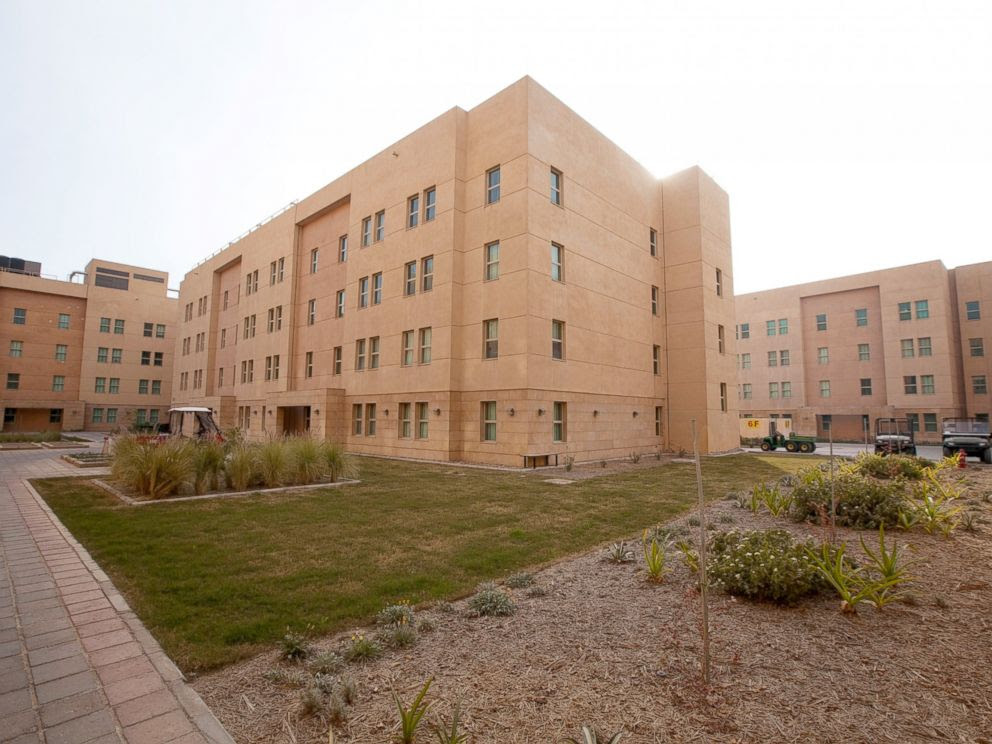 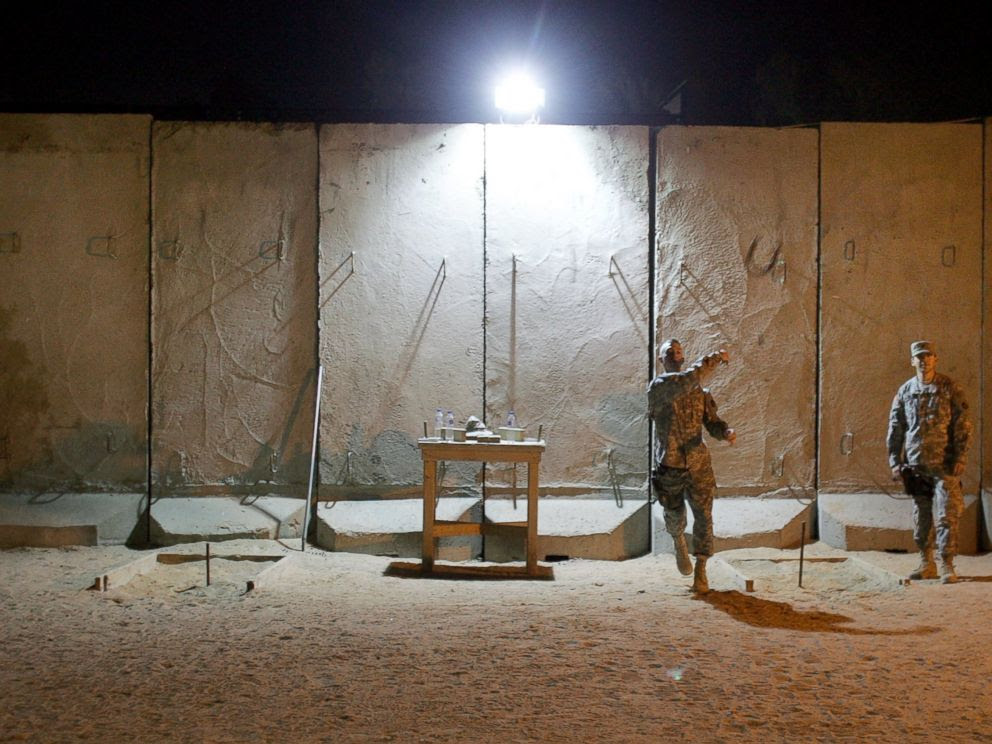 John Moore/Getty Images
PHOTO: U.S. soldiers throw horse shoes while protected by blast walls from insurgent attacks at the American Embassy, Feb. 6, 2007, in Baghdad, Iraq.
Behind the blast walls of the compound are more than 1,000 employees who rarely venture outside Baghdad's international, or "green," zone. The "red zone," where Baghdad residents live, is considered too dangerous for U.S. employees. The green zone is protected by security forces.
The compound includes employees with the State Department, the Foreign Service, and the branches of the military.

Posted by firesprinklers at 12:00 PM