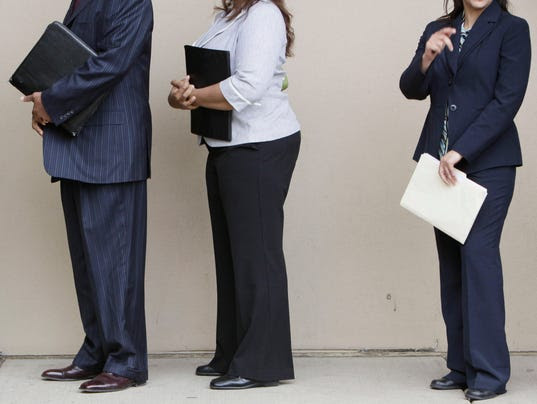 The lost jobs, sinking home values and stock market free-fall of the Great Recession led to a significant rise in suicides, according to a new study.
At least 10,000 more Americans and Europeans took their own lives from 2007 to 2010 than during the good economic times of the previous few years, the study found.
"It's a fairly large and substantial increase over what we would have expected," said Aaron Reeves, a sociologist and post-doctoral researcher at the University of Oxford in England, who helped lead the research. "There are, broadly speaking, large mental health implications of the economic crisis that are still being felt by many people."
Suicide rates didn't climb evenly. In Sweden and Austria, rates remained flat during the Great Recession, although those nations' economies struggled as much as others did – suggesting that the link between recession and suicide is not inevitable, said David Stuckler, a professor and health economist at Oxford and the paper's senior author.
"These economic suicides are avoidable," he said.
Sweden had strong support for people who lost their jobs or were struggling financially, Stuckler said.
This finding has important implications for policymakers, said Abdulrahman El-Sayed, a doctor and assistant professor of epidemiology at the Mailman School of Public Health at Columbia University in New York City.
"The social welfare aspects of economic downturns like this can't be ignored," El-Sayed said. "When our economic belts get a little too tight, we shouldn't be cutting things that help the average Joe."
The study showed that men facing financial difficulties are at higher suicide risk than women, probably because society generally expects men – more than women – to be breadwinners. Men are also less likely than women to seek help when they are in trouble, often bottling up their worries, Stuckler said.
Before the Great Recession, suicide rates were falling in most European countries while rising in the USA, Stuckler said, adding that he's not sure what explains the pre-recession climb.
The study showed that antidepressant prescription rates rose by nearly 20% in the U.K. from 2007 to 2010 – although previous research has found that antidepressant use does not have a major impact on suicide rates.
The common stereotypes of suicide are often wrong, the researchers said. Rather than being long-planned, suicides are often impulsive acts of little forethought, said Matthew Miller, co-director of Harvard University's Injury Control Research Center. Suicide attempts are equally common in urban and rural areas of the USA, he said, but more likely to succeed in rural areas, where guns are more available.
People who try to commit suicide with a gun are more likely to succeed than people who try by other means, he said: "If you can't reach for a gun in a moment of crisis, you're more likely to get a second chance."
Posted by firesprinklers at 5:12 PM