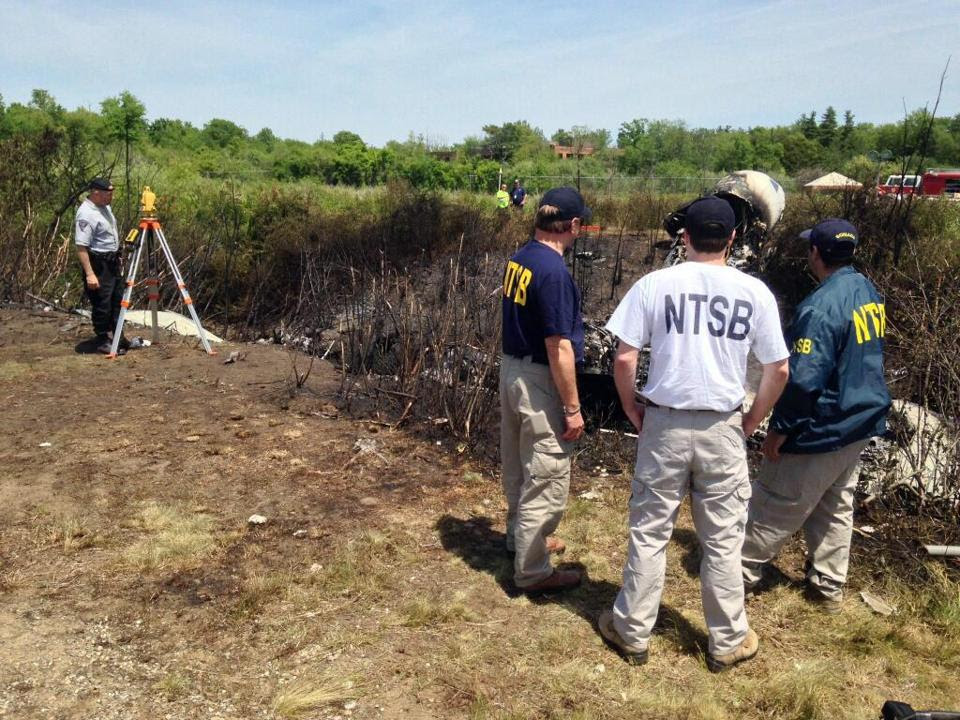 BEDFORD — The private jet that crashed on takeoff at Hanscom Field Saturday night, killing seven people, left the runway and continued rolling through the grass, colliding with an antenna and bursting through a chain-link fence before it came to rest in a gully, where it was consumed by fire, a federal crash investigator said today.
An airport employee has told investigators that the aircraft, which crashed at about 9:40 p.m. Saturday, never became airborne, said Luke Schiada, who is heading the National Transportation Safety Board probe of the crash.
“Our information from a witness is that he did not see the aircraft break ground,” Schiada said. “The aircraft itself is located about 2,000 feet from the end of the paved surface of Runway 11.” 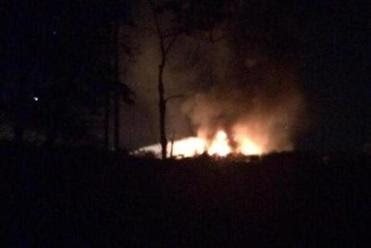 Hanscom Field plane crash leaves 7 dead
Schiada said debris along the path of the plane included pieces of the plane’s landing gear.
One of those killed in the crash of the private jet was Lewis Katz, 72, co-owner of The Philadelphia Inquirer, who had traveled to the area for a nonprofit fundraiser. Media accounts identified two of the other passengers as Anne Leeds and Marcella Dalsey.
The names of the fourth passenger and the three crewmembers aboard were not immediately known. Schiada said the official release of victims’ names would be up to the Middlesex district attorney’s office. That office said it did not anticipate releasing any names today.
Schiada said the plane, a Gulfstream IV manufactured in 2000 that was bound for Atlantic City, N.J., was fragmented and “most of it is consumed by fire.” Some of the pieces likely landed in the water at the bottom of the gully, he said.
Schiada said the Gulfstream had flown into Hanscom at around 3:30 p.m. or 3:40 p.m., and its crew had stayed with the plane.
Schiada emphasized that the investigation was at its “very beginning” and it was too early to draw any conclusions about the cause. He said there was no reason to think the crash was anything but an accident, though nothing had been ruled out.
He said investigators would, among other things, scrutinize the pilots’ experience and the aircraft’s history; look for surveillance video; and interview witnesses. He said investigators were in the process of searching for the flight data recorder and the cockpit voice recorder for the plane.
All seven bodies were found in the plane. Schiada said he was hopeful all the bodies could be removed by the end of the day.
He said it was his understanding that there were no unusual communications between the plane and the tower before the crash.
Investigators will develop a comprehensive report and send it to the safety board in Washington, which will ultimately determine a probable cause for the crash, Schiada said.
“The sole purpose is to develop the facts, conditions, and circumstances and make recommendations to prevent future accidents,” he said.
“Our thoughts and prayers are with the families and those who perished,” said Ed Freni, aviation director for Massport, which operates the airport. 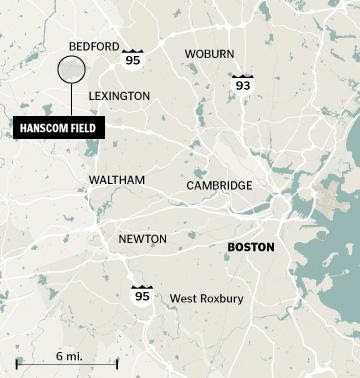 
Posted by firesprinklers at 8:01 PM