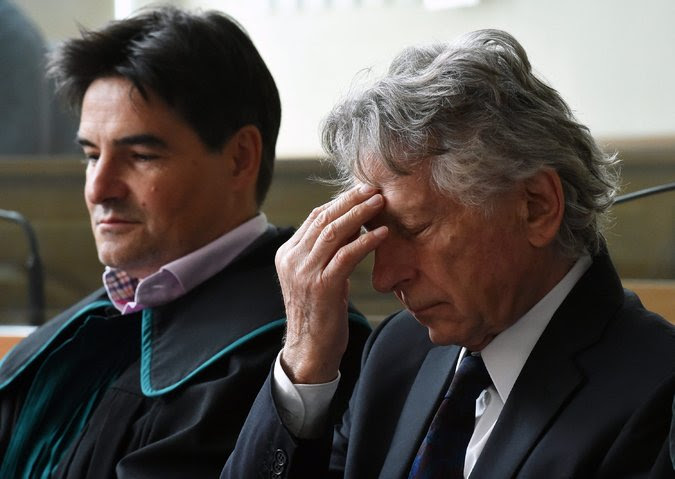 KRAKOW, Poland — A judge in Poland on Friday turned down a request by the United States for the extradition of the filmmaker Roman Polanski, who is wanted over a 1977 conviction for having sex with a 13-year-old girl.
At a hearing in Krakow, Judge Dariusz Mazur ruled that turning over Mr. Polanski would be an “obviously unlawful” deprivation of liberty, and he added that California was unlikely to be ready to humanely incarcerate the 82-year-old filmmaker, given his age.
Mr. Polanski, a citizen of France and Poland, has been working on a film in Poland about Capt. Alfred Dreyfus, who was wrongly convicted of spying for Germany in 1894. He was in Krakow on Friday, but he did not appear at the hearing, the latest chapter in a 38-year trans-Atlantic legal controversy.
Continue reading the main story
Over the years, prosecutors and judges in Los Angeles have said that Mr. Polanski must return to the United States to face sentencing. His lawyers have asserted that improprieties by the trial judge — now deceased — and others had violated his legal rights.
Judge Mazur sided with Mr. Polanski’s lawyers. “I’m terrified by the statements of some of my colleagues in the U.S.,” he said, citing an account last year that a Los Angeles judge thought Mr. Polanski should “cool his heels in jail” if he returned to the United States under a proposed deal in which the authorities would agree that the filmmaker had already served his punishment. (The deal did not happen.)
“If I were to behave like them, I’d lose the respect of all my subordinates here,” Judge Mazur said. “I do not find any logical, rational explanation as to why the U.S. is pursuing the extradition.”
Judge Mazur’s ruling is not necessarily the final step in the Polish case; prosecutors could appeal. “We will wait until we get the full decision in writing before deciding whether to appeal,” the regional prosecutor, Danuta Bieniarz, told journalists after the ruling. (Complicating the matter, an influential politician in the right-wing party that took the most votes in parliamentary elections on Sunday, Mariusz Blaszczak, has expressed sympathy for the American position.)
A lawyer for Mr. Polanski, Jan Olszewski, had argued passionately against the extradition request, which American authorities made to the Polish government in January. “The victim in this case did not want jail time for Polanski,” Mr. Olszewski said. “She forgave him. This is rare in this kind of case.”
He added: “This is not a matter of justice. This is not about the victim. She said that the whole proceeding has harmed her more than what Mr. Polanski did to her.”
Mr. Olszweski and another defense lawyer, Jerzy Stachowicz, repeatedly cited the 2008 documentary “Roman Polanski: Wanted and Desired,” which suggested prosecutorial overreach and judicial misconduct in the United States. They argued that extraditing Mr. Polanski would violate the European Convention on Human Rights and his right to a fair trial.
In contrast, Ms. Bieniarz, the prosecutor, kept her argument brief. “In our opinion, there are no legal grounds to stop the extradition,” she told Judge Mazur. “The case has not expired under American law, and we do not think that the extradition is unlawful, on the basis of Polish law. There is no proof that Polanski will be treated inhumanely in the United States.”
Representatives of the Los Angeles County district attorney’s office and court system did not immediately respond to requests for comment on Friday, nor did Mr. Polanski.
The legal decision in Poland follows Switzerland’s refusal in 2010 to extradite Mr. Polanski. He had been arrested at the Zurich airport and held for about 10 months during a series of hearings similar to the ones in Poland.
In Switzerland, the authorities said that they had not been given enough information about the case to justify sending Mr. Polanski to the United States for sentencing. They pointed in particular to a failure by officials in Los Angeles to forward sealed testimony by Roger Gunson, a now-retired lawyer who had originally prosecuted the case.
Mr. Gunson gave provisional testimony in 2009, when he was gravely ill, about a plan by the trial judge, Laurence J. Rittenband, to limit Mr. Polanski’s sentence to a 90-day psychiatric evaluation, a portion of which Mr. Polanski served in Chino State Prison. Mr. Gunson’s account also was not provided to the Polish court.
Continue reading the main story
Why is anyone surprised.We have a dual justice system throughout the world [This ruling was made by a judge in Poland.]One system for...
He did the crime and fled. Let him return, and fight the sentence here. His age might become a mitigating factor in the sentence, but to...
Odd that Polanski would go to Poland to make a film about something that happened in France.
Mr. Gunson is still alive, and the testimony has not been unsealed. Judge Rittenband died in 1993.
Mr. Polanski was first arrested in 1977 on charges that included the rape of a 13-year-old girl at the home of the actor Jack Nicholson. In 1978, he fled the United States on the eve of sentencing under an agreement by which he was to plead guilty to a count of statutory rape.
Mr. Polanski abruptly left the country after learning that Judge Rittenband would revise his plan to limit his sentence.
The victim in the case for which Mr. Polanski was convicted, Samantha Geimer, who revisited the legal proceedings in a 2013 memoir, wrote on her Facebook page on Friday: “If they were smart, they’d stop trying to bring him back. If they ever do, the truth about the corruption in the D.A.’s office and court will finally be known.”
In December, Judge James R. Brandlin of the Los Angeles County Superior Court dismissed a motion in which Alan M. Dershowitz, who then represented Mr. Polanski, argued that prosecutors had provided false information to the Swiss authorities. The motion also cited internal court emails that Mr. Dershowitz contended were evidence that a Superior Court judge in 2009 unethically prejudged issues related to the case.


In 2009, a California appeals court panel suggested that Mr. Polanski could be sentenced in absentia, opening the way to possible resolution of the long-running standoff. But that suggestion was rejected by the Superior Court.
Mr. Polanski is now represented in the United States by Harland W. Braun, a defense attorney whose celebrity clients have included the actors Robert Blake, Gary Busey and Roseanne Barr. After the retirement of Mr. Polanski’s longtime lawyer, Douglas Dalton, Mr. Braun was recruited for the job by the Hollywood filmmaker and power broker Brett Ratner.
Since 2012, Mr. Polanski has talked of directing a film about Captain Dreyfus, a Jewish officer in the French Army, whose 1894 trial for treason caused political scandal. Mr. Polanski has said he views the film, of which Mr. Ratner is a producer and an investor, as a way to teach lessons about official misbehavior.
Correction: October 30, 2015
Because of an editing error, an earlier version of a picture caption with this article misidentified the lawyer photographed with the filmmaker Roman Polanski. He is Jerzy Stachowicz, not Jan Olszewski.

Posted by firesprinklers at 10:55 AM No comments: