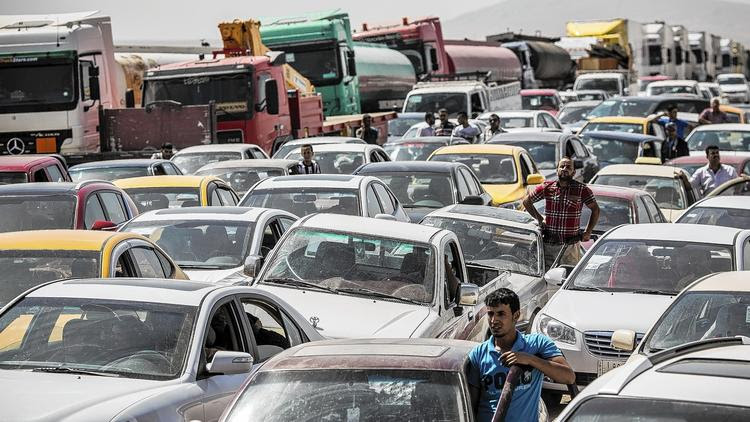 Traffic is jammed at a checkpoint in Kalak, Iraq, as residents flee Mosul, where Sunni militants have seized control. (Dan Kitwood / Getty Images)


Fallout from the conflict in Iraq has spread to the deserts of North Africa and the shores of the Persian Gulf amid fear of a widening arc of sectarian strife, emboldened Islamist militant movements and a burgeoning exodus of refugees.
The Sunni Muslim militants who in recent days seized large swaths of Iraqi territory, moving to within striking distance of Baghdad, have starkly exposed the fault lines that spider-web the Middle East and beyond. Chief among those is the centuries-old schism of the Sunni and Shiite branches of Islam, though other divisive factors have come to the fore in a week of stunning gains for the fighters of the Islamic State of Iraq and Syria, or ISIS.
Members of the Islamic State of Iraq and Syria take up positions alongside a burning police vehicle in Iraq's Anbar province in an image posted on a militant website in January 2014. The group, known as ISIS, has seized vast amounts of Iraqi territory in recent days. (Associated Press)
Syria's 3-year-old civil war had long since devolved into a battle between a mainly Sunni armed opposition and the Shiite-linked government of Syrian President Bashar Assad. With the spillover of the conflict into the Iraqi heartland, that proxy battle expands onto the doorsteps of patrons on opposite sides of the Sunni-Shiite divide: Saudi Arabia and Iran, respectively.
The Syrian conflict has already had a harsh effect on its immediate neighbors, particularly vulnerable Lebanon and Jordan, which are swamped by desperate refugees and menaced by hardened extremists back from the battleground. But the rapid erosion of central authority in Iraq could force the hands of important players across a greatly expanded sphere as they struggle to protect their own interests, analysts say.
lRelated 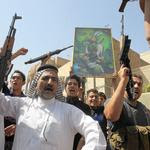 
Posted by firesprinklers at 10:07 PM