Posted by firesprinklers at 2:19 PM No comments:

David Bowie and Pat Metheny -- This is not America


Posted by firesprinklers at 4:58 PM No comments:

This is the biggest discovery, since the life of Moses !

Birthday of discovery
Posted by firesprinklers at 8:32 PM No comments:

Posted by firesprinklers at 8:44 PM No comments:

The Supreme Court refuses to enforce the Constitution


My reading of the United States Constitution guarantees each citizen a right to be heard. We want to solve disputes in courtrooms. Not with violence.

A popular way to make decisions, with a scientific protocol is Occam's Razor, a useful guide, to flesh out the truth.

Occam's razor (also Ockham's razor; Latin: lex parsimoniae "law of parsimony") is a problem-solving principle attributed to William of Ockham (c. 1287–1347), who was an English Franciscan friar, scholastic philosopher, and theologian. His principle can be interpreted as stating Among competing hypotheses, the one with the fewest assumptions should be selected.

Did Gary Ozenne receive his constitution right to bring the wrong do'ers into court to determine the truth of his accusations? Did he receive an opportunity to make the bank

Did Gary Ozenne have an opportunity to testify to the court?  Did the court deny the victim, me, his only way, short of violence to resolve this dispute?

Why would all of the judge's in the 9th circuit, and now, the United States Supreme Court, forget constitutional rights, given to all citizens.


This proves their behavior, violating  11 USC 362(a).   And is why the courts have denied me my day in court. Why didn't they order a trial, and let these big banks and criminal service agents, answer to my charges, hmmmm I wonder ?

Posted by firesprinklers at 7:39 PM No comments:


I am sorry to have to report that our Supreme Court, has denied my request for a trial, guaranteed by our  US Constitution.

A point was made that Justice Gorsuch did not participate in the decision.

No constitutional rights for Gary Ozenne,, the banks are either protecting bankruptcy judge, Meredith Jury, in her sudden (Manchurian Candidate) reversal in ten days between February 24, 2017,  where the court seems to understand the violation of law and remarked that if it was issued after filing for bankruptcy protection, according to 9th circuit law, void, from the beginning issues, noting that this was just the top of "the iceberg'. We went back to the motel happy.  But ten days later on March 6, 2003, our hopes for a trial were dashed, when she proves she is strongly influenced by Chase Manhattan and Ocwen.

And seemingly more interested in protecting the big banks rather than applying the law, which is very clear   11 USC 362(a)   protection more than the interests, of the debtor who looked towards the court for protection.  The purpose of bankruptcy courts to allow the debtor 'breathing room' and an opportunity to reschedule debts.    than the debtor's
Posted by firesprinklers at 10:05 PM No comments:

From Wikipedia, the free encyclopedia 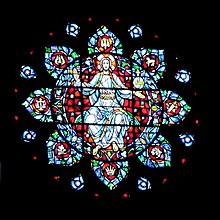 The rose window above the altar at Boston University's Marsh Chapel
The Marsh Chapel Experiment, also called the "Good Friday Experiment", was a 1962 experiment conducted on Good Friday at Boston University's Marsh Chapel. Walter N. Pahnke, a graduate student in theology at Harvard Divinity School, designed the experiment under the supervision of Timothy Leary and the Harvard Psilocybin Project.[1] Pahnke's experiment investigated whether psilocybin (the active principle in psilocybin mushrooms) would act as a reliable entheogen in religiously predisposed subjects.[2]

Prior to the Good Friday service, graduate degree divinity student volunteers from the Boston area were randomly divided into two groups. In a double-blind experiment, half of the students received psilocybin, while a control group received a large dose of niacin. Niacin produces clear physiological changes and thus was used as an active placebo. In at least some cases, those who received the niacin initially believed they had received the psychoactive drug.[3]:5 However, the feeling of face flushing (turning red, feeling hot and tingly) produced by niacin subsided over approximately an hour after receiving the dose. Meanwhile, the effects of the psilocybin intensified over the first few hours.
Almost all of the members of the experimental group reported experiencing profound religious experiences, providing empirical support for the notion that psychedelic drugs can facilitate religious experiences. One of the participants in the experiment was religious scholar Huston Smith, who would become an author of several textbooks on comparative religion. He later described his experience as "the most powerful cosmic homecoming I have ever experienced."[4]

In a 25-year follow-up to the experiment, all of the subjects given psilocybin described their experience as having elements of "a genuine mystical nature and characterized it as one of the high points of their spiritual life".[3]:13 Psychedelic researcher Rick Doblin considered Pahnke's original study partially flawed due to incorrect implementation of the double-blind procedure, and several imprecise questions in the mystical experience questionnaire. Nevertheless, Doblin said that Pahnke's study cast "a considerable doubt on the assertion that mystical experiences catalyzed by drugs are in any way inferior to non-drug mystical experiences in both their immediate content and long-term effects".[3]:24 A similar sentiment was expressed by clinical psychologist William A. Richards, who in 2007 stated "[psychedelic] mushroom use may constitute one technology for evoking revelatory experiences that are similar, if not identical, to those that occur through so-called spontaneous alterations of brain chemistry."[5]

In 2002 (published in 2006), a more rigorously controlled version of this experiment was conducted at Johns Hopkins University by Roland R. Griffiths, yielding similar results.[6] In a 14-month follow-up to this study, over half of the participants rated the experience among the top five most meaningful spiritual experiences in their lives, and considered the experience to have increased their personal well-being and life satisfaction.[7]

Edit links
Posted by firesprinklers at 9:05 PM No comments: