I had over paid them $3,824.25 after discovering the faxed reinstatement quote did not add up,to the given total. I  called Ocwen, and they told me they would 'look into it'.

After informing Ocwen of their faulty addition error, I did not hear back about their findings, but instead,  The very next month, January 2002, Ocwen's trustee started a foreclosure by recording a 'Notice of Default' claiming I was $10,539.69 in arrears!

What no one knew, except perhaps Ocwen, the deed issued to Carol and Stephen O'Neal, on May 17, 2001. had never been rescinded and the title was still vested to the O'Neal's. Only the beneficiary, Chase Manhattan, or the Trustee, could lawfully rescind such a deed. Even now, the banks could have said sorry, and rescinded the O'Neal deed, and my approved refinance would have closed.

But somebody wanted to roll the dice, with federal law, and the banks, waited until the house sold again. That new buyer, Vista Homes, a real estate investor, evicted me in a summary (court will not look before the sale) decision, on September 24, 2002. On September 26, 2002, Ocwen recisionded, the O'Neal deed, giving Vista Clear title. Vista spruced it up and sold it quickly, now that title was in Vista's name.

I can easily prove it if I could just get a hearing. The obvious violation of what is known as the 'automatic stay' which freezes everything until a bankruptcy judge becomes involved.

The 'notice of default' was laughable, if it wasn't real.

I filed a bankruptcy case to stop the sale, but it was ignored, and Ocwen issued a trustee's deed, to Carol and Stephen O'Neal, who recorded that deed on May 29, 2002, with the county recorder.

When I notified the bankruptcy court of this violation  of law, the judge determined the court lacked jurisdiction once the case was dismissed

This began a continuous series of appeals, winning one, in 2006, reversing my judge, when the local storage facility violated the same law, and the judge refused my request for sanctions, but the Bankruptcy Appellate,reversed that decision and sent the case back to determine damages.

Now, fourteen years later, I have still not seen the inside of a courtroom, to make my charges.

In the last appeal, the court ruled that the BAP or Bankruptcy Appellate Panel, lacked jurisdiction to even hear my petition for a writ to grant me a hearing.

Now, after a petition for rehearing en banc was seen by all 27 of the active judges, and a majority voted for a rehearing, which, apparently, are rarely granted.  Only 4% of all petitions are granted. Of the paying (filing fee) is 1%, and of those were the fee was waived, was .1% or one tenth of one percent. A real longshot, so I was blessed for that.

The March 25, 2016, published opinion, on Ozenne v. Chase Manhattan and Ocwen Federal Bank FSB. changed the law, and now, this intermediate Court BAP, lost jurisdiction. And jurisdiction went to the United States District Court, which was the purpose, for creating the BAP in the first place to relieve the case load of district courts. None of my charges were even mentioned, by the 3 judge panel, 60 page opinion, and the BAP lost considerable authority

Fortunately because of these issues, the American Bar Association, and the California Bankruptcy Forum filed their separate 'friend of the court' briefs.


Since this dispute began in 2000, all I have wanted was a trial to determine the facts, determine the truth. I think I remember from High School, that this was guaranteed to every citizen with a grievance, under our constitution.

Posted by firesprinklers at 7:40 PM No comments:


BY BLAKE BAKKILA
@bcbakkila
07/31/2016 AT 05:10 PM EDT
At least two people have been killed, two are missing and 120 were rescued after a tragic flooding in several parts of Maryland on Saturday night, according to the Washington Post. People took to social media to share several videos of the floods. One Facebook video in particular showed several people forming a human chain while trying to rescue a woman in her car. Maryland Governor Larry Hogan signed an executive order declaring a state of emergency on Sunday morning, and is now working with local officials to survey the damage following the deadly flooding, according to a press release issued by the governor's office.  "We are coordinating all available resources to address this emergency as quickly as possible," Governor Hogan said in the press release. "Our administration is working closely with local officials , including Howard County Executive Allen Kittleman, to respond to this major storm event."  Kittleman declared a state of emergency just before midnight, and the county opened a community center to shelter all displaced persons,NBC reports.

Ellicott City, Maryland
SOURCE: JAMIE ELIZABETH / FACEBOOK
Andy Barth, Kittleman's press secretary, told NBC that a man and woman were killed and their deaths were associated with the flooding. The victims have not yet been identified. "The devastation is quite remarkable," Barth said. "I've done this a lot, and I've never seen it like this."  Howard County police said a body was found in a Baltimore County river, but could not confirm whether the death was related to the flooding, according to the NBC report. The flood caused severe property damage as well, most notably in the historic town of Ellicott City, Barth told NBC. The Washington Post reported that Kittleman said Ellicott City's historic Main Street looked like "a scene from a disaster movie," adding "I know there are going to be a lot of people who will lose their homes and apartments and businesses that will have a hard time rebuilding." One woman who lived on Main Street said the flood destroyed her apartment and damaged the business where she works. "The whole house shook," Kelly Secret told the Washington Post. "We thought we were gone. We have a creek behind us and a river forming in front of us ... I'm not only homeless, I'm unemployed."

Posted by firesprinklers at 5:02 PM No comments:

Turn On Tune In Drop Out Timothy Leary

Prison Daze  - Carol and I drove Joanna Harcourt-Smith from San Francisco  to Folsom to visit Tim.  He has to walk a tightrope because behind the camera is the warden and those who wanted him to make a warning to not use drugs about drugs. He navigated  the rapid currents, of the situation he was in,    - and remember, Nixon had just dubbed him "the most dangerous man alive"  -   for him to discourage drug use , yet remain true to his beliefs.


Posted by firesprinklers at 10:28 AM No comments:

Play Video0:37
At least 16 people were feared dead after a hot air balloon caught fire and crashed in a pasture near Lockhart, Tex., on Saturday morning. (Reuters)
By Jim Vertuno | AP July 30 at 6:02 PM
LOCKHART, Texas — A hot air balloon carrying at least 16 people caught on fire and crashed in Central Texas on Saturday, and there did not appear to be any survivors, authorities said.
Authorities would not confirm the exact number of deaths, but Lynn Lunsford with the Federal Aviation Administration said the balloon was carrying at least 16 people and the Caldwell County Sheriff’s Office said in a statement that it didn’t look like anyone survived.
If 16 people were killed, it would be the one of the worst such disasters, possibly the worst in U.S. history. The deadliest such disaster happened in February 2013, when a balloon flying over Luxor, Egypt, caught fire and plunged 1,000 feet to the ground, crashing into a sugar cane field and killing at least 19 foreign tourists
Saturday’s crash happened at about 7:40 a.m. in a pasture near Lockhart, which is about 30 miles south of Austin.
Authorities have not said where the hot air balloon was based out of or which company was flying it, though Caldwell County Sheriff Daniel C. Law told The Associated Press that it’s the kind of situation where people can walk up and buy a ticket, unlike an airplane, which would have a list of names. The land near the crash site is mostly farmland, with corn crops and grazing cattle. Cutting through that farmland is a row of massive high-capacity transmission lines about 4 to 5 stories tall. The site of the crash appears to be right below the overhead lines, though authorities haven’t provided further details about what happened.
Margaret Wylie lives about a quarter-mile from the crash site and told the AP that she was letting her dog out Saturday morning when she heard a “pop, pop, pop.”
“I looked around and it was like a fireball going up,” she said, noting that the fireball was located under large power lines and almost high enough to reach the bottom of them.
Wylie, who called 911, said the weather seemed clear and that she frequently sees hot air balloons in the area.
Erik Grosof with the National Transportation Safety Board said at a news conference that the agency has deemed it a major accident and a full-bore investigation will begin Sunday when more federal officials arrive.
Robert Sumwalt, who will head the NTSB’s crash investigation team, said he was studying the board’s recommendations to the FAA based on previous hot air balloon crashes. Sumwalt, who spoke to the AP while waiting to board a plane to Texas, said the team was still trying to gather basic information about the accident.
Texas Gov. Greg Abbott asked in a statement for “all of Texas to join us in praying for those lost.”

Play Video0:36
Emergency crews are sifting through the remains of a hot air balloon that caught fire and crashed near the central Texas city of Lockhart. (Reuters)
___
Associated Press writers Jamie Stengle in Dallas and Joan Lowy in Washington contributed to this report.
___
This story has been corrected to show that the accident happened about 7:40 a.m., not 8:40 a.m., and that the witness’ last name is Wylie, not Wiley.


Posted by firesprinklers at 5:06 PM No comments: 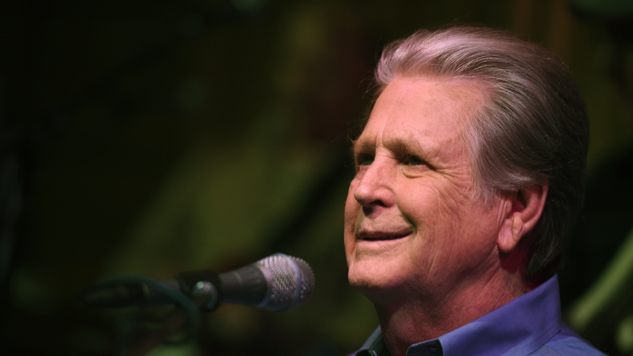 Screenshot by author, from YouTube
China's Seaplane, The AG600
As seen on China Central Television

Posted by firesprinklers at 7:06 PM No comments:

Read it here at L.A.Times

Posted by firesprinklers at 7:06 AM No comments: