Bank of America Near $16 Billion to $17 Billion Settlement

Accord with Justice Department to Resolve Mortgage Probes 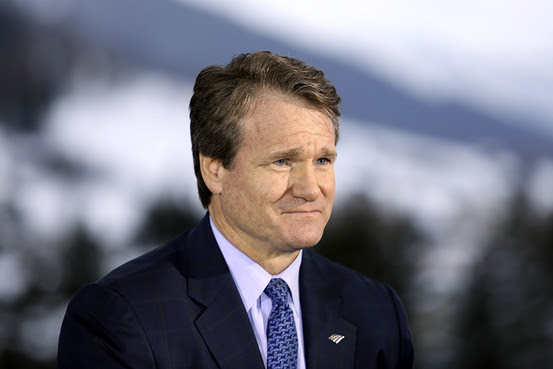 Bank of America Corp. and the Justice Department are closing in on a landmark deal in which the bank will pay $16 billion to $17 billion to resolve allegations of mortgage-related misconduct in the run-up to the financial crisis, according to people familiar with the matter.
The bank has agreed to pay roughly $9 billion in cash to the federal government, states and other government entities, these people said, as part of an overall pact that could be finalized this month. Additional money would be aimed at consumer relief, such as reducing mortgage balances for struggling homeowners.
If finalized, the agreement would set a record for fines and damages in a civil settlement between the U.S. government and a company. It would eclipse a $13 billion deal struck less than nine months ago between the Justice Department and J.P. Morgan ChaseJPM +0.30% & Co. over similar issues, alleging the banks knowingly sold investors shoddy mortgages.
Separately, Bank of America on Wednesday received approval from the Federal Reserve to raise its quarterly dividend to 5 cents from 1 cent.

Including a settlement Bank of America agreed to pay to the Federal Housing Finance Agency earlier this year over similar mortgage issues, the total government-related legal tab for the Charlotte, N.C., bank could go as high as $23 billion. The Justice Department calculates Bank of America's FHFA settlement at roughly $6 billion.
Just a few weeks ago, Bank of America had been arguing with the Justice Department for a penalty of at least $3 billion less than it is now resigned to, saying it was being unfairly punished for misdeeds of two companies it bought with the government's blessing in the midst of the financial crisis, Merrill Lynch & Co. and Countrywide Financial Corp. Bank of America also ended up retreating on another request: It had lobbied for more than half of its total payment to be in consumer assistance instead of cash.
This year, the Justice Department and other government officials have accelerated their resolutions of big cases against the world's largest banks. The moves have come after criticism that prosecutors were too soft on big banks whose actions helped lead to the financial crisis. In July, the Justice Department announced a $7 billion settlement withCitigroup C +0.52% over troubled mortgage-backed securities similar to the one Bank of America is finalizing.
For Bank of America, the price tag would represent a painful reminder of the decision to buy Merrill Lynch and Countrywide, two firms that saddled it with billions of dollars in continuing legal exposure.
But a settlement would also represent a long-awaited turning of the page for Bank of America Chief Executive Brian Moynihan, who has worked to slim down the bank and put its legal problems in the past during a 4½-year tenure running the company.
Mr. Moynihan has told shareholders that the Justice Department settlement is the last big crisis-era issue the bank has to work through. The bank has already shelled out about $60 billion since the financial crisis to settle lawsuits and buy back mortgage securities—more than any of its closest rivals.
Bank of America agreed to the outlines of a deal after a night-time phone call on July 30 between Mr. Moynihan and Attorney General Eric Holder, people familiar with the matter said. For weeks, the bank refused to offer more than $13 billion, including cash and consumer relief, while the Justice Department was seeking $17 billion. That morning, at a meeting in Washington, the bank had offered to raise the cash portion of its payment from $4 billion to $7 billion.
But hours later, Mr. Holder told Mr. Moynihan that if the bank didn't bring its offer closer to the government's demand, Justice Department lawyers could file a lawsuit the next day that had been prepared by New Jersey U.S. Attorney Paul Fishman, these people said. That threatened suit dealt primarily with precrisis conduct by Merrill Lynch.
Enlarge Image 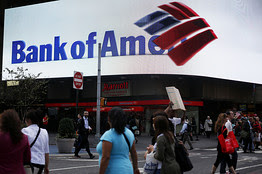 A Bank of America Corp. branch in New YorkBloomberg News
The phone call between Mr. Moynihan and Mr. Holder came the same day a federal judge in New York ordered the bank to pay $1.27 billion over an old Countrywide mortgage program called the Hustle, which rewarded employees based on the number of mortgages they could churn out. Bank of America had argued it should pay far less—if anything—given the Hustle ended before Bank of America's purchase.
Judge Jed Rakoff's ruling may have reinforced for the bank the difficulty of litigating with the government—and that the government is adamant about holding Bank of America accountable for the misdeeds of Countrywide and Merrill Lynch. 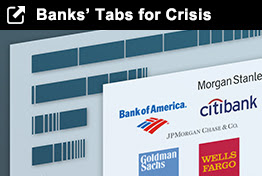 Large banks are already paying more than $100 billion for cases related to the 2008 credit crisis.
The majority of mortgage-backed securities now credited to Bank of America were issued by Countrywide. Bank of America, Countrywide and Merrill Lynch together issued $965 billion of mortgage securities to private investors from 2004 to 2008—far more than any big-bank competitors—but nearly three-quarters came from Countrywide. Of the $245 billion of securities that have since defaulted or become severely delinquent, Bank of America itself issued just 4%.
By comparison, J.P. Morgan—together with two companies it bought, Bear Stearns Cos. and the banking operations of Washington Mutual Inc.—issued about $450 billion in mortgage securities.
Bank of America and the Justice Department are continuing to hash out details and the deal could still fall apart, one person familiar with the matter said. An announcement isn't expected this week. On Wednesday, Bank of America General Counsel Gary Lynch met in Washington with Tony West, the Justice Department official responsible for negotiating with banks over mortgage securities, in hopes of ironing out some details.


Posted by firesprinklers at 6:58 PM