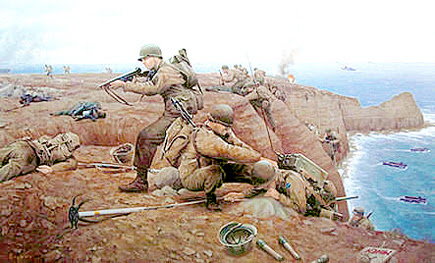 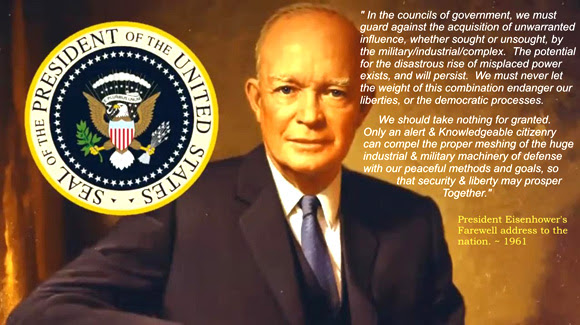 President Dwight D. Eisenhower was the supreme commander of the allied forces that day on June 6, 1944.
“IKE” spent the 10th anniversary of the D-Day invasion at Camp David and paid tribute to his former multinational soldiers, airman and sailors with a statement consisting of just 308 words:

THIS DAY is the tenth anniversary of the landing of the Allied Expeditionary Force in Normandy.
That combined land-sea-air operation was made possible by the joint labors of cooperating nations. It depended for its success upon the skill, determination and self-sacrifice of men from several lands. It set in motion a chain of events which affected the history of the entire world. 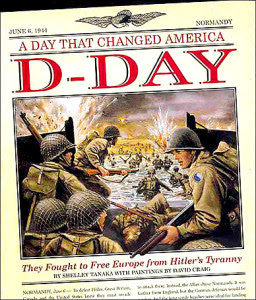 Despite the losses and suffering involved in that human effort, and in the epic conflict of which it was a part, we today find in those experiences reasons for hope and inspiration. They remind us particularly of the accomplishments attainable through close cooperation and friendship among free peoples striving toward a common goal. Some of my most cherished memories of that campaign are those of friendly cooperation with such distinguished military leaders of foreign nations as Field Marshal Montgomery, Admiral Ramsay, Marshal of the Royal Air Force Tedder, Marshal de Lattre de Tassigny, Marshal Juin and Marshal; Leclerc. I recall my pleasant association with the outstanding Soviet soldier, Marshal Zhukov, and the victorious meeting at the Elbe of the Armies of the West and of the East.
These lessons of unity and cooperation have by no means been lost in the trying period of reconstruction since the fighting stopped. Rather, we see peoples, once bitter enemies, burying their antagonisms and joining together to meet the problems of the postwar world.
If all those nations which were members of the Grand Alliance have not maintained in time of peace the spirit of that wartime union, if some of the peoples who were our comrades-in-arms have been kept apart from us, that is cause for profound regret, but not for despair. The courage, devotion and faith which brought us through the perils of war will inevitably bring us success in our unremitting search for peace. security and freedom.

CLICK HERE TO CONTRIBUTE YOUR NEWS OR ANNOUNCEMENTS FREE

FREEDOM IS NOT FREE: A Soldier’s Pledge

Posted by firesprinklers at 10:33 PM