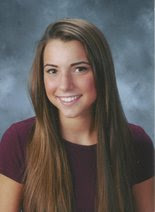 As a recent high school graduate, I have seen the short- and long-term effects of marijuana from all aspects of my life. I believe that the opinions and viewpoints of our younger generation are vital when it comes to the decision to legalize marijuana.
Even though this drug has positive medical uses and effects, it is still a mind-altering drug that needs to be legally regulated and used responsibly when utilized for recreational purposes.
As a member of society, I believe the legalization of marijuana would implement a plethora of health and economic benefits. Studies portray a decrease in violence and aggressive behavior after someone smokes marijuana, as opposed to people intoxicated with alcohol, who can sometimes get violent and make poor decisions, causing thousands of deaths per year. The fact that marijuana is currently prescribed in 23 states for medical purposes validates that the medical world has approved and accepted the drug. In addition to health benefits, the recent legalization of marijuana in Colorado is already bringing inmore than $30 million of taxable revenue a month.

As a friend, I have witnessed the negative effects of banning marijuana. Starting last year, multiple high schools near me made the decision to begin random drug screenings. I am assuming the goal of this was to keep students away from drugs and make sure that the ones who did use got the right help. Throughout the summer, leading up to the first drug-tested school year, I watched the schools' attempt to keep the students drug-free completely fail. I observed numerous kids who were normally just occasional marijuana users turn to harder and more dangerous drugs that would not show up on the screening. I knew that their approach to the drug tests was not the smartest or most ideal, but I also knew that they all had so much potential to be successful and intelligent. Watching them struggle was very hard for me.

As a sibling of a recovered addict, I would like to touch upon the argument that insists marijuana is a gateway drug. I have personally seen marijuana lead someone to other drugs and cause them to crave a stronger high. The use of any drug, such as cigarettes, alcohol or marijuana, requires self-control. If the use of marijuana lures someone toward more drugs, it is because that person does not have the self-control to use the substance appropriately. The same goes for alcohol, which kills 88,000 people a year in the United States, according to the Centers for Disease Control and Prevention. It is not the drug that leads someone down a bad path, it is the user. Any drug, from caffeine to cocaine, can be a "gateway drug." Whether the drug becomes a gateway is up to the user.
From my personal experiences, I can confidently assert that whether or not marijuana is illegal, anyone who wants to smoke it will do so. The use of marijuana, like practically anything, is bad only if you make it bad. The advantages that legalized marijuana would bring to today's society include more profit for business people and more revenue for government, reduced crime and violence, and a beneficial alternative to detrimental drugs that already are legal, such as cigarettes and alcohol.
Overall, from my viewpoint as a recent high school graduate, I strongly believe the legalization of marijuana would be a positive step.

Karina Baffa graduated Monday from Fairview High School, in Fairview Park, where she researched the ramifications of marijuana legalization as part of a senior project.

Posted by firesprinklers at 6:38 PM