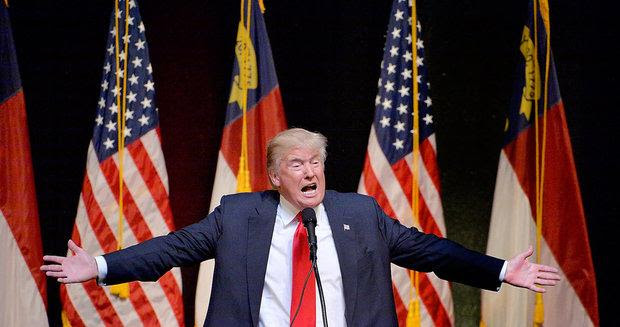 Republican presidential nominee Donald Trump speaks during a campaign event at the Duke Energy Center for the Performing Arts on July 5, 2016 in Raleigh, North Carolina. On Friday, the estate of former Beatle George Harrison tweeted their displeasure with Trump after a Beatle song played at the Republican National Convention in Cleveland the night before. (Sara D. Davis/Getty Images)
PrintEmail

By Kale Williams | The Oregonian/OregonLive
Email the author | Follow on Twitter
on July 22, 2016 at 3:16 PM, updated July 22, 2016 at 3:17 PM
You can add the Beatles to the growing list of musicians who are less-than-pleased with Donald Trump after their music played at one of the Republican nominee's campaign events.
The latest complaint comes from the estate of George Harrison. After "Here Comes the Sun" played at the Republican National Convention in Cleveland Thursday night, Harrison's representatives took to twitter to register their displeasure, calling use of the song "offensive."

George Harrison
✔@GeorgeHarrison
The unauthorized use of #HereComestheSun at the #RNCinCLEis offensive & against the wishes of the George Harrison estate.

When Trump made his first dramatic entrance onto the convention stage to Queen's iconic song, "We Are the Champions," on Monday night, the band tweeted that use of the song was "against our wishes." 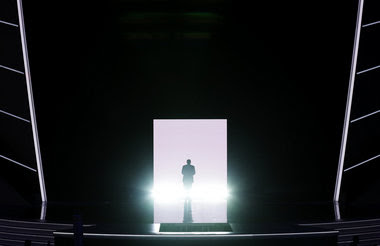 
Queen and the Beatles join the ranks of the Rolling Stones, Adele, R.E.M and Neil Young, who have all asked the Republican candidate to stop using their music. Despite the Stones' requests, "You Can't Always Get What You Want," one of the British band's most widely known hits, played as soon as Trump finished speaking on the last night of the convention.
The candidate's choice in music also begs the question, on a night shaped around the theme of "Make America First Again," was there not any music by American bands that was fit to wrap up the evening?
As for the Beatles, it doesn't appear that the band's entire catalog is off limits, Harrison's estate just wishes Trump would make a more appropriate song choice.

George Harrison
✔@GeorgeHarrison
If it had been Beware of Darkness, then we MAY have approved it! #TrumpYourself

Posted by firesprinklers at 4:23 PM