Thousands of evacuees head home as California blazes near containment

More than 1,000 people who were forced to evacuate from areas of Northern California affected by a deadly wildfire that has destroyed nearly 900 residences will be allowed to return home on Sunday, officials said.


Authorities said they will allow residents to go back to Hidden Valley Lake, one of the largest areas ravaged by the so-called Valley Fire since it began a week ago. On Saturday, officials allowed another 1,300 people to return to nearby Middletown.

Firefighters made progress over the weekend battling the two major wildfires that have killed five people and destroyed more than 1,400 homes in recent weeks, said Lynnette Round, spokeswoman for the California Department of Forestry and Fire Protection (Cal Fire).
The blazes highlight the severity in drought-stricken California of an intense wildfire season that in the coming weeks could become one of the state's fiercest on record, fire officials said.
The Valley Fire, which is north of the wine-producing region of Napa Valley, has burned 75,100 acres (30,400 hectares) and is now 53 percent contained, according to Cal Fire. It has taken three lives and destroyed 888 single-family residences and more than 500 outbuildings.
Round said the fire moved minimally overnight, with containment looking promising as 4,383 firefighters continued their efforts to control the blaze.
"The only concern we have is the weather out there because it is so warm and humidity's dropping," she said. "Everybody just needs to stay on guard."
The other wildfire, called the Butte Fire, has been burning for more than a week about 100 miles (160 km) to the east in the Sierra Nevada foothills, the state's historic Gold Rush Country.
The fire, which is now 70 percent contained, has killed two people, burned 70,760 acres (28,327 hectares) and destroyed 535 homes and 343 outbuildings.
(Reporting by Katie Reilly; Editing by Colleen Jenkins) 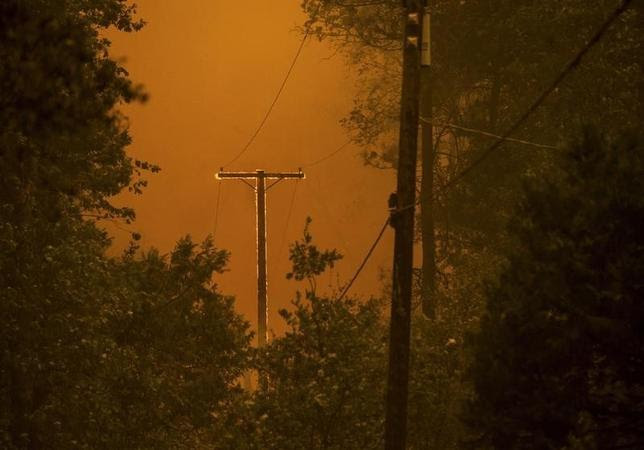 
Posted by firesprinklers at 11:29 AM