Amid revolt, Boehner steps aside to avoid 'irreparable harm' to Congress

Deirdre Shesgreen, USATODAY2:31 p.m. EDT September 25, 2015
John Boehner announces he will resign from Congress at the end of October. He says he was planning to resign at the end of last year, but has since decided this is the right time to go. VPC 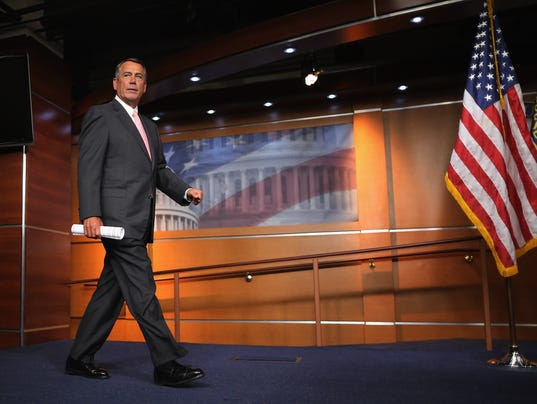 (Photo: Chip Somodevilla, Getty Images)
12223CONNECT 952TWEET 61LINKEDIN 582COMMENTEMAILMORE
WASHINGTON — Facing a fresh conservative revolt, , the son of a bartender and a devout Catholic from Cincinnati, will resign next month — ending a tumultuous five-year tenure as speaker and a 25-year career in Congress.
Boehner made the surprise announcement to stunned GOP colleagues at a closed-door meeting Friday morning — less than 24 hours after he reveled in the first-ever papal speech to a joint session of Congress, something he has dreamed of for 20 years, and as the government was on the verge of another shutdown if Boehner's fractious caucus in the House can't reach agreement with the Senate to fund the government beyond Sept. 30. 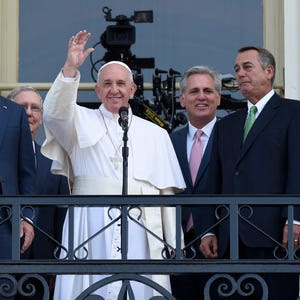 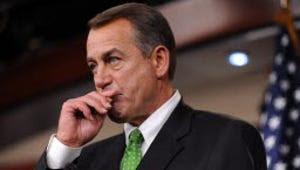 USA TODAY
Hill rocked by John Boehner's resignation announcement
There were signs that one of Boehner's final accomplishments as speaker before resigning Oct. 30 will be to shepherd through a temporary spending measure over the objections of some of the most conservative Republicans. His friend, Rep. Devin Nunes, R-Calif., said the House would take up a "clean" continuing resolution next week, without tying it to eliminating funding for Planned Parenthood.
Boehner had planned to retire at the end of last year. But when his top deputy, Majority Leader Eric Cantor, R-Va., was unseated in a 2014 primary, Boehner decided to hold on to the speaker’s gavel for a little longer. But he never had a firm grip on power. And his announcement came amid a fresh threat to his leadership, with conservatives vowing to oust him if he did not take a hard line in their push to defund Planned Parenthood. 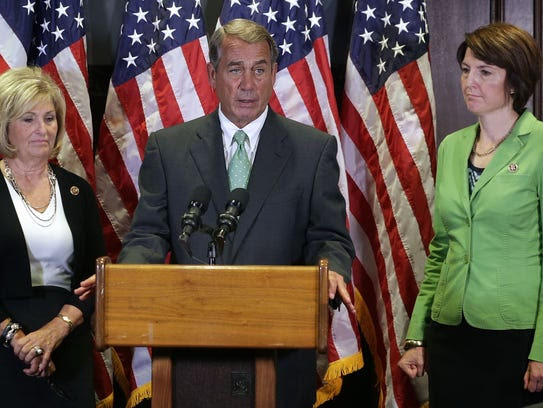 House Speaker John Boehner, R-Ohio, discusses the GOP agenda alongside Reps. Diane Black, R-Tenn., and Cathy McMorris Rodgers, R-Wash., on Sept. 17, 2015. (Photo: Alex Wong, Getty Images)
At an afternoon news conference at the , Boehner — fighting back tears — said he was proud of helping cut government spending and decided to step down to avoid causing "irreparable harm" to the institution he loves by putting his caucus through a leadership battle.
"I feel good about what I've done. I know that I've, everyday, I've tried to do the right thing for the right reasons," he said. "When you're the speaker of the House, your No. 1 responsibility is to the institution. ... If the Congress stays focused on the American people's priorities, there will be no problem at all."
Boehner has served as speaker since the Republicans took control of the House of following the 2010 midterm elections.
Possible successors include House Majority Leader Kevin McCarthy of California and, also in GOP leadership, Reps. Steve Scalise of Louisiana and  of Washington. Rep. Jeb Hensarling of Texas and Tea Party conservative Rep. Raul Labrador of Idaho could also be candidates. 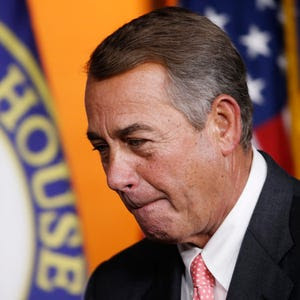 
Posted by firesprinklers at 2:15 PM