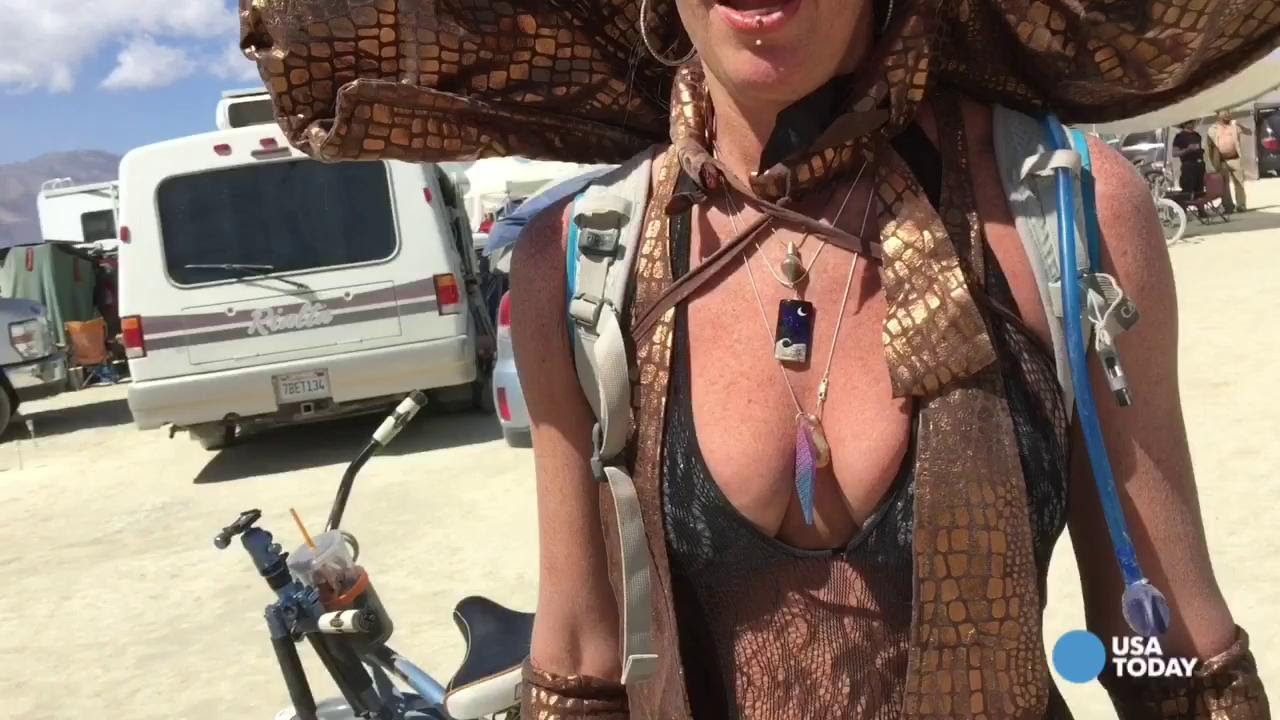 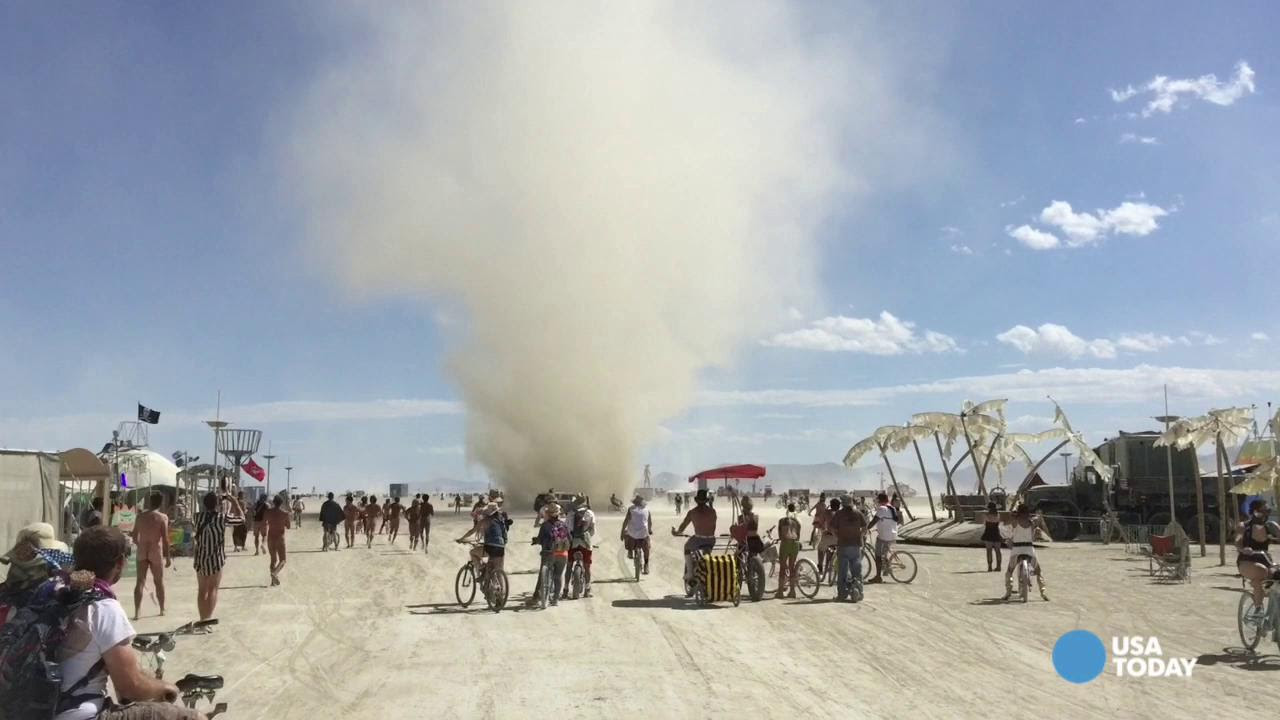 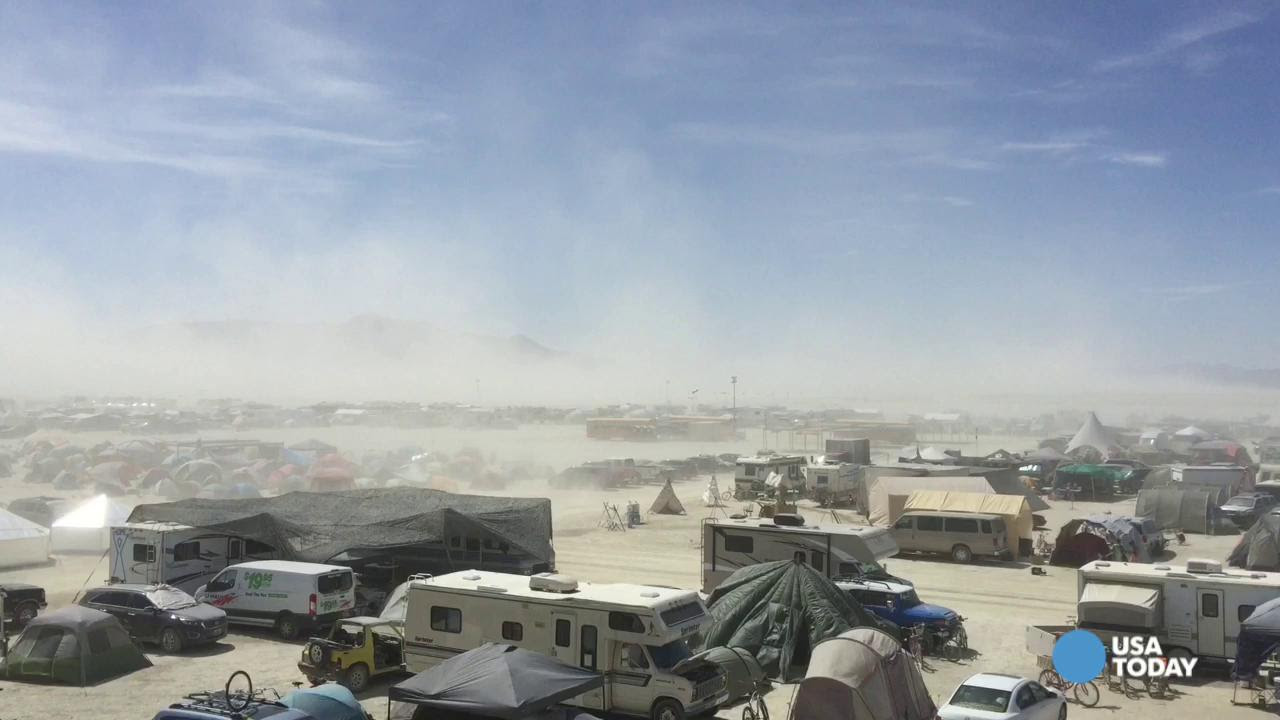 BURNING MAN 2015Dusty Burning Man is under way | 00:37
Thousands of participants are pouring into the Nevada desert for the weeklong festival, arriving in car, by plane and every other way possible. Trevor Hughes, USA TODAY
7 of 10

BURNING MAN 2015Burning Man is incredibly dusty and windy | 00:43
As crews set-up for this years Burning Man, the toughest part is battling the elements. Trevor Hughes, USA TODAY
8 of 10

BURNING MAN 2015Burning Man devotees swamp big box stores for supplies | 01:06
In Reno, overloaded SUVs are filling the streets, a sure sign that the annual pilgrimage to Burning Man is underway. Trevor Hughes, USA TODAY
9 of 10

BURNING MAN 2015See craziest Burning Man costumes to inspire you for the festival | 01:03
Let the fashion and fun ignite! If you're heading to Burning Man and looking for an eccentric costume, let Instagram inspire you. Krystin Goodwin (@Krystingoodwin) highlights a few of the best ensembles posted to social media. Buzz60
10 of 10
Next Video 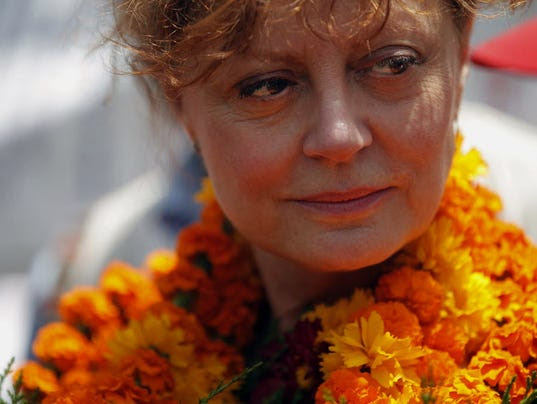 (Photo: AP Photo/Niranjan Shrestha)
9572CONNECT 318TWEET 1LINKEDIN 101COMMENTEMAILMORE
BLACK ROCK DESERT, Nev. — Timothy Leary, the late father of LSD, was memorialized at Burning Manafter a fantastic procession and burning of his ashes in the Black Rock Desert.
It was a spectacle that not even he probably could have imagined, as actress Susan Sarandon led a march with his ashes into a temporary church built as an art installation in the desert for the week-long festival.
The church was scheduled to burn as part of the event on Saturday after the "man", a giant wooden structure, burned. 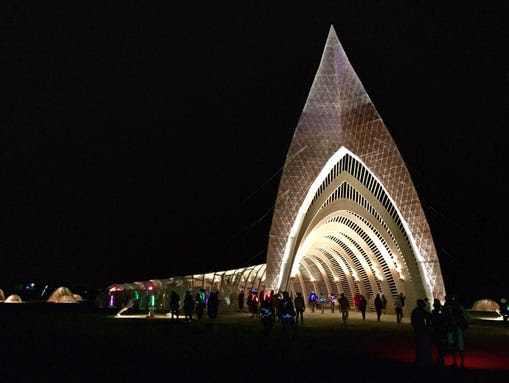 Burning Man participants visit the site's temple, which will eventually be set on fire. Visitors leave notes inside and in the walls of the structure, hoping the cleansing fire will set them free. (Photo: Trevor Hughes, USA TODAY)
"I think he'd be so happy. I think he would have loved the chaos (of Burning Man). He would have loved it," said Sarandon, one of Leary's closest friends. "And all these people honoring him with LSD."
When Leary died in 1996, several of his friends, including Sarandon, received some of his ashes. His friends sent most of his ashes to outer space in 1997, but Sarandon kept some.
"When I went to Burning Man last time, that's when I thought I'd bring him back here," Sarandon said.
She described him as a creative man, full of ideas. He was also hopeful for youth and "worshipped women," Sarandon said.
This year, Sarandon worked as part of the building crew for Burning Man artist and Northern California-based photographer Michael Garlington, whose work Sarandon admires greatly.

Instagram | @susansarandon
These boots were made for BurninG Man. @officinecreative_official @madisonshoes madisonstyle.com
Known best for his "photo chapel" at Burning Man two years ago, Garlington debuted the "Totem of Confessions" at Burning Man last week.
This year's structure was a gothic cathedral-style piece plastered in Kafkaesque photo collages of animals and people. Much of it was gilded in gold.
On Thursday, dozens of participants were standing in line to see the inside of the 60-foot high structure, which had a confession booth and eerie peephole rooms.
When the parade of people surrounding Leary's ashes came through and separated the crowd, everyone turned to watch.
"I feel so privileged to be here. This is a great opportunity," said Orgon Hunter, who built a Burning Man art piece this year, "High Witness Tower 1963," inspired by Leary's time living in Mexico. "Tim is someone I respect a lot. He was a great thinker, just really great, genius. This would have brought him great joy." 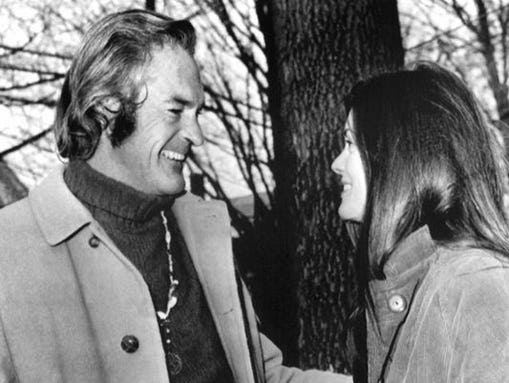 "The high priest of LSD" Timothy Leary talks on Dec. 11, 1967, with his wife Rosemary after he was arraigned on various charges concerning the possession and sale of dangerous drugs. Part of his ashes were brought to Burning Man this year for a memorial ceremony led by actress Susan Sarandon. (Photo: Photo: AFP/Getty Images)
Like most people at the "Totem of Confessions," Hunter had no idea initially of what was going on when Sarandon, a man playing a nose whistle and several participants carrying large black-and-white photos of Leary came through, followed by two men carrying a vintage black chest with Leary's ashes inside.
The two men followed behind Sarandon, who wore a white gown with a crown of roses. The event was not publicized.
Garlington was honored to see his piece used as the site for Leary's procession.
"A lot of these photos I don't want to explain because I want people to figure out their own mystery in it," Garlington said.
He and his partner, Natalia Bertotti, whom he often uses as his muse and subject, enjoy using the intersection of fantasy and reality to create images. While several images of Leary decorated the church, so too did pictures of alligators, dogs, homesteaders, pretend magicians, members of ISIS kissing (actually Garlington and Bertotti posing) and a photo of Garlington's grandfather.
The chest holding Leary's ashes was placed below one of Garlington's photos of a nun with a cross between her legs.
"Everyone is talking about that piece, so we put him there," Garlington said on Thursday.
Next to the ashes was a photo of Leary and a sign reading "Gone fishin'."


Posted by firesprinklers at 5:27 PM