Are dolphins psychic? Their complex social intelligence suggests the animals may share a 'collective consciousness'

By VICTORIA WOOLLASTON FOR MAILONLINE


Dolphins have long been considered to be intelligent, but scientists are only now starting to unravel the true complexity of their brains and behaviour.

In many ways they behave like humans - they form social groups and cliques, they have previously been taught to recognise 'alphabets' of symbols and many have even attempted to befriend us.

Now, a book discusses how this high level of intelligence could stem from the mammals having what's known as a collective consciousness, with the author claiming they 'may know something that we don't'. 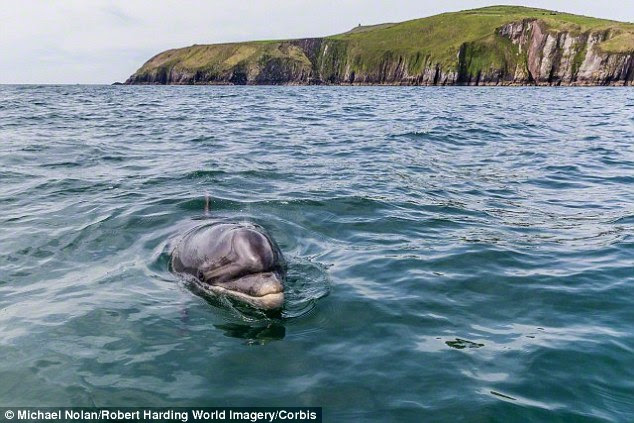 +7
The paralimbic area of the dolphin's brain, which regulates emotions as it does in humans, has evolved an extra lobe. A new book discusses how this may give the animals an unprecedented level of social intelligence, and even a 'collective consciousness'. Fungie the Dingle dolphin that lives in an Irish bay is pictured

The points are raised in Susan Casey's book 'Voices in the Ocean'.
Ms Casey wrote the book after she encountered a pod of spinner dolphins.

She admitted that this first experience made her want to explore the 'strange, enduring, occasionally tragic, and often wonderful relationship between humans and dolphins' and set off to learn more about the creatures.