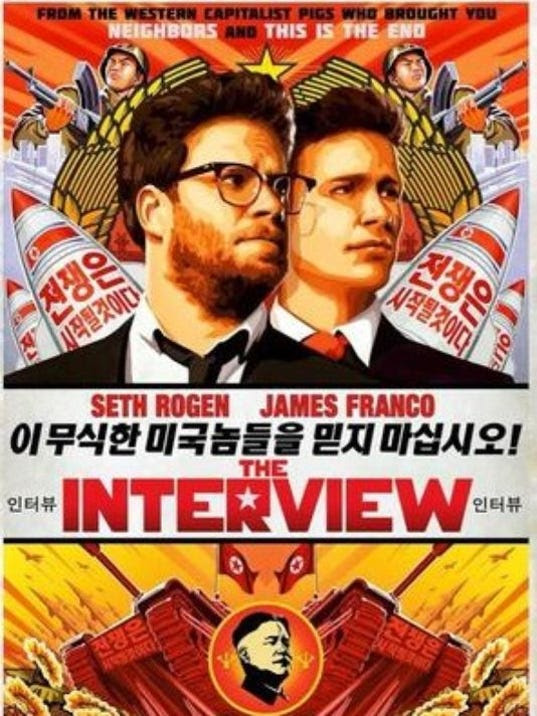 on Thursday published a searchable database of more than 30,000 documents and 173,000 emails leaked from the  breach last year.
WikiLeaks, which publishes leaked, secret and classified information, posted the files in an easily searchable format.
It said they were important to keep in the public eye because of Sony's ties to the White House, its extensive lobbying efforts on behalf of copyright law as well as its "connections to the US military-industrial complex," the group said in a release on its site.
In a statement, Sony said it "vehemently disagrees" with the assertion that the material belongs in the public domain.
"The cyber-attack on Sony Pictures was a malicious criminal act, and we strongly condemn the indexing of stolen employee and other private and privileged information on WikiLeaks. The attackers used the dissemination of stolen information to try to harm SPE and its employees, and now WikiLeaks regrettably is assisting them in that effort," the statement read.
The , Calif.-based company's website was crippled beginning  of 2014 by hackers who also stole files and emails. 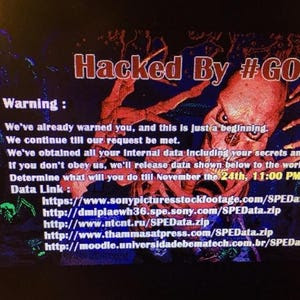 USA TODAY
Sony hack may be linked to James Franco comedy
The attack was later linked to  in revenge for Sony's planned release of the and  movie, The Interview, which made fun of the secretive nation and ended with the assassination of its leader, . 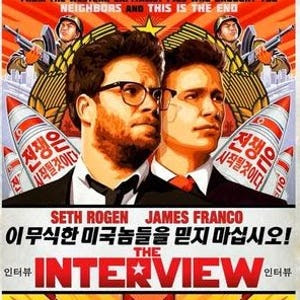 USA TODAY
Official: North Korea behind Sony hack
"This archive shows the inner workings of an influential multinational corporation. It is newsworthy and at the centre of a geo-political conflict. It belongs in the public domain. WikiLeaks will ensure it stays there," said , WikiLeaks' founder.
The documents and emails give an easily-accessible picture of what's normally hidden at a large multinational corporation.
They include connections between Sony and the Democratic Party, an email asking executives to donate to a $50,000 for New York Gov.  for his anti-piracy work and links to the , which WikiLeaks calls a part of "the military-industrial complex."
There's also a great deal of information about the movie world, including emails about Sony's films as well as movies and TV shows produced by rivals.
Assange himself is under house arrest inside Ecuador's embassy in London for the past two years. He has been accused of rape in Sweden, where prosecutors have been seeking is extradition. 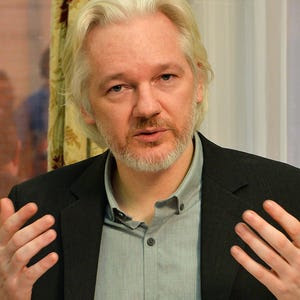 USA TODAY
Swedish prosecutors willing to quiz WikiLeaks' Assange in London
The legal issues surrounding the postings are somewhat cloudy, said Kevin Smith, who directs the Office of Copyright and Scholarly Communication at Duke University in Durham, N.C.
The original files and emails would have been copyrighted by whoever created them, as "copyright is automatic, it literally follows the pen," he said.
Posting the files without permission would be infringement upon that copyright.
Stolen, the word Sony uses, would mean the files and emails were taken and no longer accessible to the entity that originally owned them. That's usually not the case with online material because the original files or emails remain intact, they've simply been copied.
However in the original hack attack on Sony, many of the company's computer servers were damaged, meaning the original files actually were destroyed.
But what that means for WikiLeaks as the secondary publisher of them after the hackers first posted them is unclear.
"We just don't have a word for this," said Smith.
Posted by firesprinklers at 8:27 PM