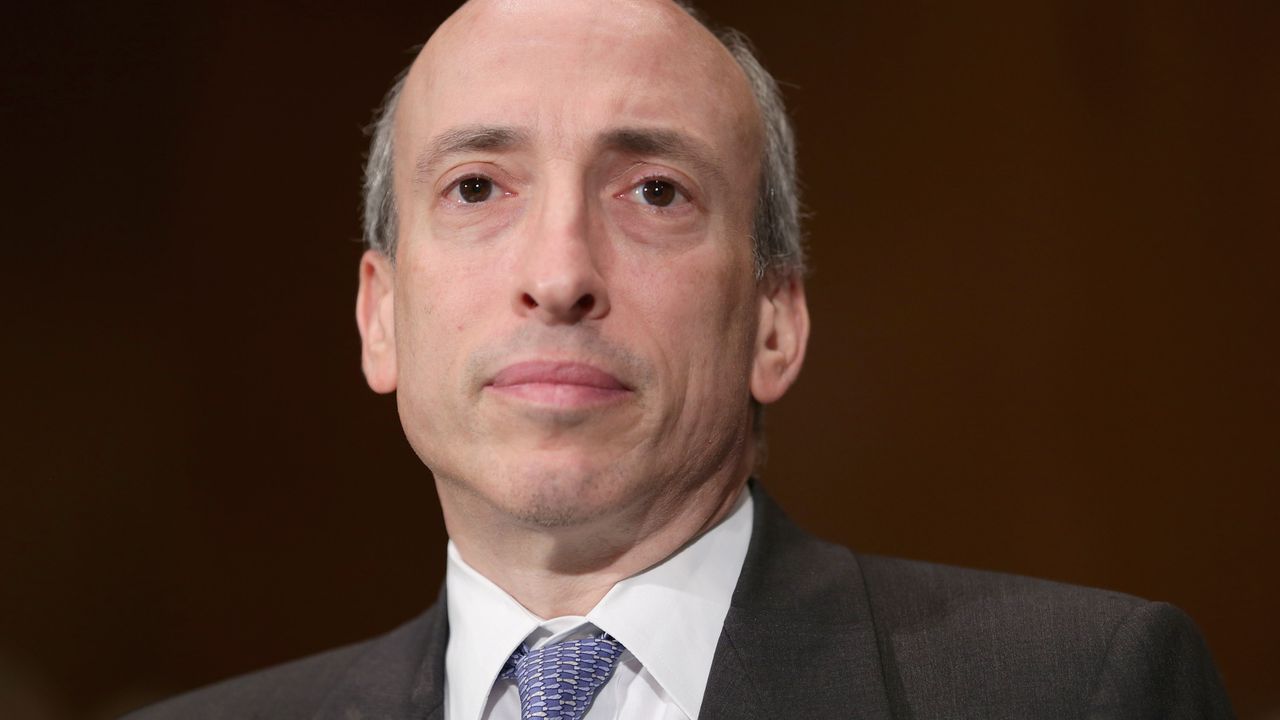 On Thursday, Hillary Clinton wrote a love letter in Time magazine to Elizabeth Warren. But what she did next is even more important for the faction of the Democratic Party that's passionate about tightening the screws on Wall Street: she hired Gary Gensler as her campaign's chief financial officer.

Who is Gary Gensler?

Gensler is a former banker at Goldman Sachs who became an unlikely hero of the financial reform movement during his stint as chair of the Commodity Futures Trading Commission.
Viewed biographically, Gensler is an example of the revolving door between business and government — he was a Goldman exec who was handed a huge job regulating his former colleagues. But he was much tougher on the financial industry than Obama administration officials like Tim Geithner and Larry Summers.
In the course of gaining this reputation for regulatory toughness, Gensler made a lot of enemies in the mainstream of the Obama economic team. Part of what reformers liked about him was that he was willing to fight with other stakeholders in the administration and wasn't afraid to dish about those fights to reform-minded journalists. To the White House and the Treasury Department, this was doubly infuriating. To Gensler's fans, the low esteem in which he was held by his colleagues made him that much more heroic.

The job of campaign chief financial officer has, of course, nothing to do with derivatives regulation, the Volcker Rule, or any of the other things Gensler clashed with people about.
But as a gesture, the indication that Gensler is in Clinton's good graces is a very loud and clear dog whistle to financial reformers and to journalists who cover these agencies. It also implies that after leaving the Obama administration with a slew of smoking bridges, Gensler might be in line for a top financial regulation job in a hypothetical Clinton administration.
This is, for Wall Street skeptics, a huge deal: Gensler is the kind of regulator a President Elizabeth Warren would be expected to pick, not a President Clinton. But if Clinton is going to pick the kinds of regulators Warren was going to pick, then the difference between them isn't as large as many thought.

Gensler opens doors to other hires

Associating with Gensler is clever in another way, as he is very much a poster boy for the proposition that the relationship between working on Wall Street and regulating Wall Street is more complicated than simplistic analysis would suggest. Compared with Geithner or Summers or Ben Bernanke, Gensler had much deeper personal and professional ties to the world of big-time banking — yet he was still much tougher.
Indeed, on the CFTC itself Gensler often found himself clashing with Mark Wetjen, a Democratic commissioner and former Harry Reid staffer who took a generally more moderate line than Gensler and who also lacked Gensler's Wall Street background.
All of which is to say that Gensler is a good guy to have around if you are planning to hire some more folks with Wall Street experience and want to defuse concern that this means you are bringing in a bunch of patsies for the banking industry. For example, when Obama tried to tap former Lazard investment banker Antonio Weiss for a top Treasury job, Gensler would have been a good person to point to as an example of how these relationships can work out fine.
Except the Obama-Gensler relationship was so bad, Obama can't point to Gensler as an example of anything. By rebuilding the relationship, Clinton now can. He's simultaneously outreach to Wall Street haters and cover to work with Wall Street veterans. It's a very shrewd move, and a reminder that whatever her limitations as a charismatic public figure, Clinton is a profoundly skilled practitioner of other aspects of the political game.


Posted by firesprinklers at 5:08 PM