Since the Great Recession of 2008, it has been open season the country's poor. 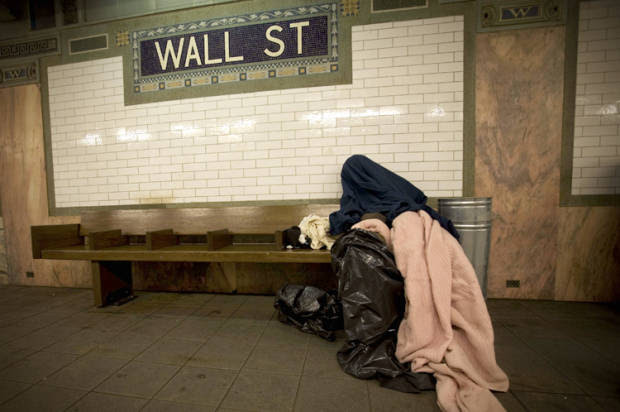 There’s a scene in the 1935 film adaptation of Charles Dickens’ novel A Tale of Two Cities in which a horse-drawn carriage transporting a hated aristocrat runs over and kills a peasant child—and instead of expressing any remorse over the boy’s death, he’s worried that the boy might have injured his horse. It’s a powerful scene that speaks volumes about class oppression and the indifference that the 1% can have for the suffering of the poor. History has a painful way of repeating itself, and in 2015, it is open season on the working class and the poor in the United States. After the crash of September 2008—which brought about the U.S.’ worst economic crisis since the Great Depression of the 1930s—the American working class desperately needed a vigorous New Deal 2.0. Instead, the Great Recession has brought us bank bailouts, corporate welfare, megabank mergers, deepening inequality, the U.S. Supreme Court’s disastrous Citizens United decision and Republicans in Congress who are determined to shred America’s social safety net as much as they can.
In this toxic economic environment, there are countless incidents of the haves kicking the have-nots when they’re already down. From Republican attacks on food stamps, Medicare and social security to mass incarceration to modern-day debtors’ prisons, the assault on the American working class has been relentless during the Great Recession. And one need only read the history books to understand the type of unrest that eventually occurs in such an environment.
Below are seven disgraceful incidents from 2014 and 2015 that show a “throw the peasants in the Bastille” mentality and say a lot about the cruel economic times we are living in.
1.Homeless Woman in Portland, Oregon Jailed For Charging Her Cell Phone in Planter Box
Posted by firesprinklers at 5:38 PM