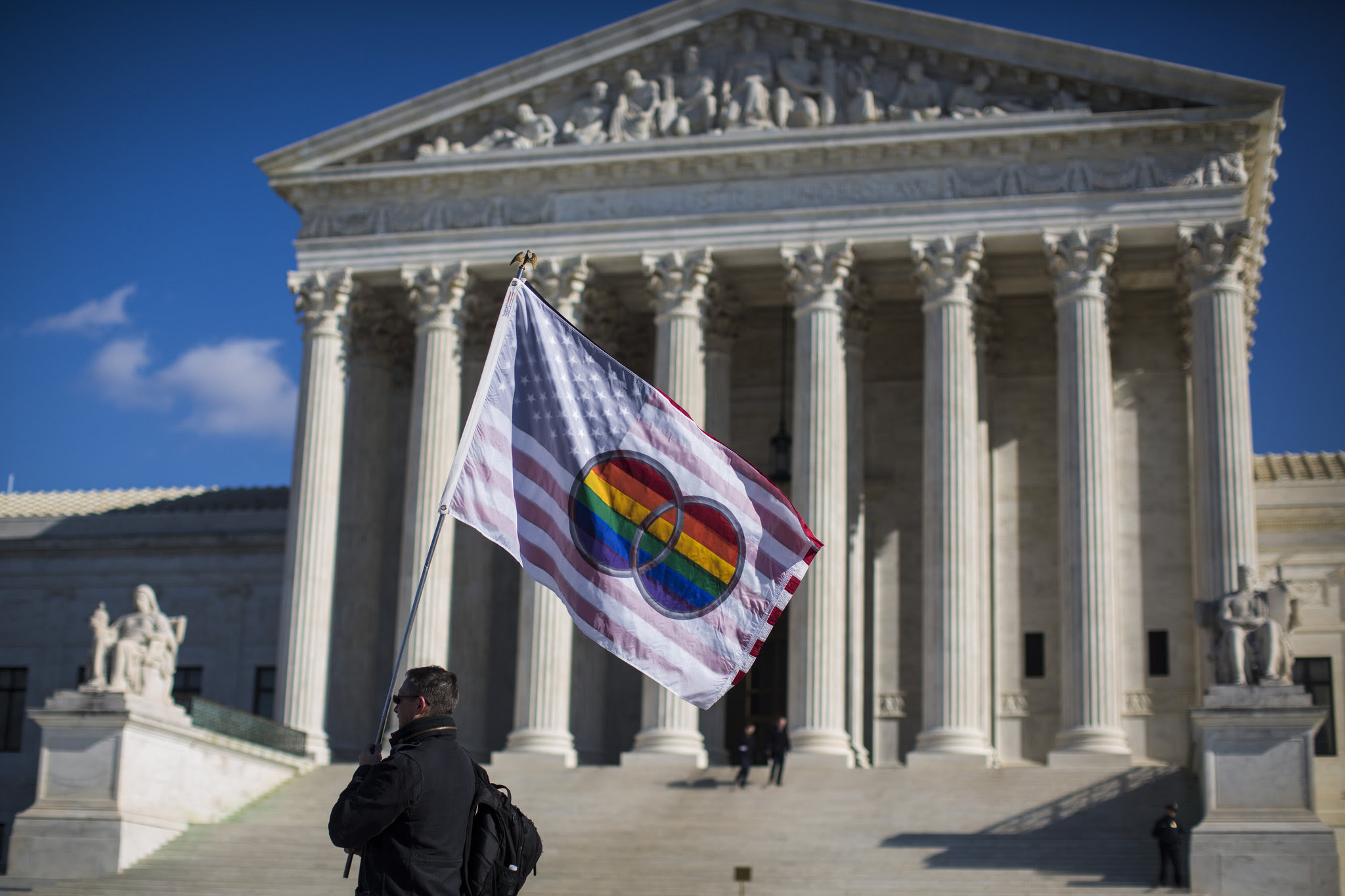 Pete Prete with Equality Beyond Gender waved a Marriage Pride flag attached to an American flag outside the Supreme Court in Washington on Friday. CreditJabin Botsford/The New York Times


Gov. Rick Snyder, a Republican, joined the plaintiffs in urging the Supreme Court to hear the case.
The Kentucky case, Bourke v. Beshear, No. 14-574, was brought by two sets of plaintiffs. The first group included four same-sex couples who had married in other states and who sought recognition of their unions. The second group, two couples, sought the right to marry in Kentucky.
In his response to the petition in the Supreme Court, Gov. Steven L. Beshear, a Democrat, said he had a duty to enforce the state’s laws. But he agreed that the Supreme Court should settle the matter and “resolve the issues creating the legal chaos that has resulted since Windsor.”

Posted by firesprinklers at 9:50 PM