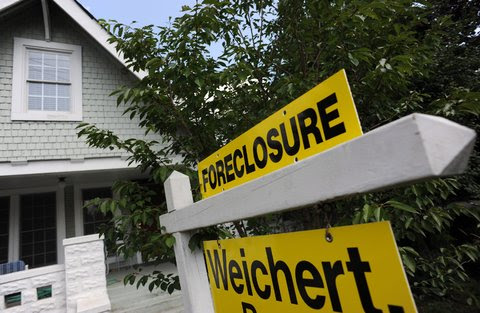 The embattled subprime mortgage servicer Ocwen Financial is accusing a group of mortgage-bond investors of pushing for fast foreclosure and objecting to principal reductions on billions of dollars in mortgages.
The criticism comes after the bondholders released a statement late on Friday complaining that Ocwen had failed to adequately service mortgages. The statement suggested that the bondholders would take some form of legal action against the company
In a letter to the bondholders’ lawyer, Ocwen’s lawyer Richard A. Jacobsen said the group’s “ultimate objective” was to “stop servicers from modifying loans and force them to foreclose on and evict as many homeowners as quickly as possible.”
Mr. Jacobsen, of the law firm Orrick, Herrington & Sutcliffe, said the investors, including “certain hedge funds,” also continue to object to the use of principal reductions in the national mortgage settlement that federal authorities had reached with multiple banks and financial firms. Mr. Jacobsen said Ocwen’s national mortgage settlement allows for principal reductions, which are often the most effective way to help struggling homeowners avoid foreclosure.
But Kathy Patrick, a lawyer for the bondholders said in a statement on Monday that “Ocwen’s claim that investors are seeking to accelerate foreclosures is false.” She added, “For several years, these investors have been advocates for prudent, prompt, and competent modifications and were industry leaders in establishing modification protocols — that predated the National Mortgage Settlement — to ensure prudent modifications could and would be done.”
Underlying the dispute is a simmering tension between bondholders and the companies, like Ocwen, that service the mortgages bundled into the bonds. Servicers are supposed to help the investors realize the greatest value from the bond, which can be achieved through foreclosure in some cases or modifications in others.


Rarely does such tension boil over into public. But on Friday, the law firm Gibbs & Bruns, which represents investors in 119 mortgage bonds serviced by Ocwen, released a statement accusing the company of failing to perform its duties.


Posted by firesprinklers at 4:43 PM