Marijuana use should be decriminalized and federal officials should reclassify cannabis as a less dangerous drug to spur vital medical research, the leading group of U.S. pediatricians recommended Monday.
In an update to its 2004 policy statement on pot, the American Academy of Pediatrics (AAP) also recognized marijuana may be a treatment option for kids "with life-limiting or severely debilitating conditions for whom current therapies are inadequate."
That new stance is welcome news to some 200 families with ill children who recently moved to Colorado — where marijuana is legal for adults — in searches for last-ditch cures. Those remedies include the pot strain called Charlotte's Web, which anecdotally has been shown to control seizures in some kids.
"We don't want to marginalize families who feel like this is the only option for their child because of crisis," said Dr. Sharon Levy, chair of AAP's committee on substance abuse and assistant professor of pediatrics at Harvard Medical School. She was one of the statement's co-authors.

The Business of Pot Leads to Medical Marijuana Refugees

NIGHTLY NEWS
Media accounts of medical-marijuana refugees in Colorado have given doctors "reason to suspect" that cannabinoids — the chemical compounds secreted by cannabis flowers — might have anticonvulsant properties, Levy said.
Charlotte's Web, for example, is selectively bred to contain low levels of the cannabinoid THC, which causes people to feel high, but elevated levels of cannabidiol, or CBD, which does not have psychoactive effects. In one medical trial, CBD was shown to be possibly effective in treating people with Parkinson's disease, though more study is needed, scientists have said.
"We understand why a desperate parent might say, 'Look it's going to take 10 years to do this research.' We think that kind of compassionate use should be limited to children who are truly debilitated or at the end of life," Levy said in an interview with NBC News. Asked to list those debilitating illnesses, Levy cited severe seizure disorders.
The AAP remains otherwise opposed to marijuana use among children and adolescents through the age of 21, and it continues to stand against the broader legalization of pot.

"The black market dealer will sell to anyone. We don't. While we can agree with the academy that marijuana may be harmful to children, (cannabis) prohibition has failed to keep our children safe." — Michael Elliott, executive director of the Marijuana Industry Group.

But the pediatricians' group will now suggest that the federal government change marijuana from a Schedule I illegal drug (where it's classified along side heroin) to a Schedule II controlled substance, Levy said. The U.S. Drug Enforcement Administration lists Adderall or Ritalin as examples of Schedule II drugs.
That change would facilitate a needed, new wave of cannabinoid research, the academy contends.
"There's never been a study of cannabinoids in any form that has included children. With that in mind, the AAP cannot endorse use of cannabinoid medication with children," Levy said. "We do note, though, there have been anecdotal cases that look promising. And that suggests there's a need for study.
"We support reducing the barriers to do that."
In addition, the academy said it now "strongly supports" the decriminalization of marijuana use — and encourages pediatricians "to advocate for laws that prevent harsh criminal penalties for possession or use of marijuana."
The group's revised policies will be published in the March issue of the journal Pediatrics.
In 18 states, the punishments for marijuana possession have been made far less punitive, though pot use remains illegal. While those shifts are not applicable to adolescents, they "are intended to address and reduce the long-term effects that felony charges can have on youth and young adults," the academy noted.
Meanwhile, with medical-marijuana dispensaries operating legally in 23 states and the District of Columbia, the academy remains concerned that the shops are "very lightly regulated, and are run and staffed by people who don't necessarily have a lot of medical training," Levy said.
And the academy is aware of a slight increase in the number of U.S. kids who find and eat pot-infused candies and other treats sold at dispensaries.
During the first half of 2014 in Colorado, 14 children aged 3 to 7 were brought to emergency rooms to be treated for accidental ingestions of marijuana — compared to eight such cases during 2013 and an annual average of four cases from 2008 to 2012, reports the anti-legalization group Smart Approaches to Marijuana.
"A lot of that is quote-unquote medical marijuana that people are buying from medical marijuana shops in the form of cookies and candies, and kids are getting into that," Levy said.
"We've even been seeing some lookalikes to popular products that are very attractive to kids — for example, instead of a Klondike Bar, there's a Krondike Bar," Levy said.
Dispensary employees do check the identifications of patrons to ensure they are 21 or older, and they routinely teach parents and other adults how to properly keep pot and cannabis-infused edibles out of the hands of children, said Michael Elliott, executive director of the Marijuana Industry Group, a trade association.
"Our industry doesn't sell to those who shouldn't have this product. Our industry is involved in numerous public education campaigns and we talk to our customers about responsible use and storage," Elliott said.
"The black market dealer will sell to anyone. We don't. While we can agree with the academy that marijuana may be harmful to children, (cannabis) prohibition has failed to keep our children safe," Elliott added. "Alcohol and cigarettes are also harmful to children, but legal for adults to consume." 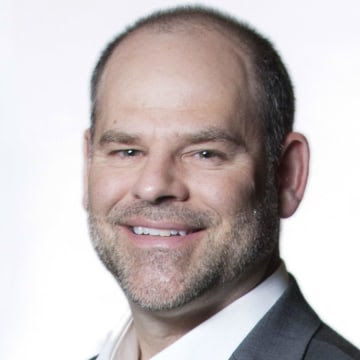 
Bill Briggs started as a contributing writer for NBCNews.com in 2006. He is responsible for breaking... Expand Bio
Posted by firesprinklers at 9:21 PM