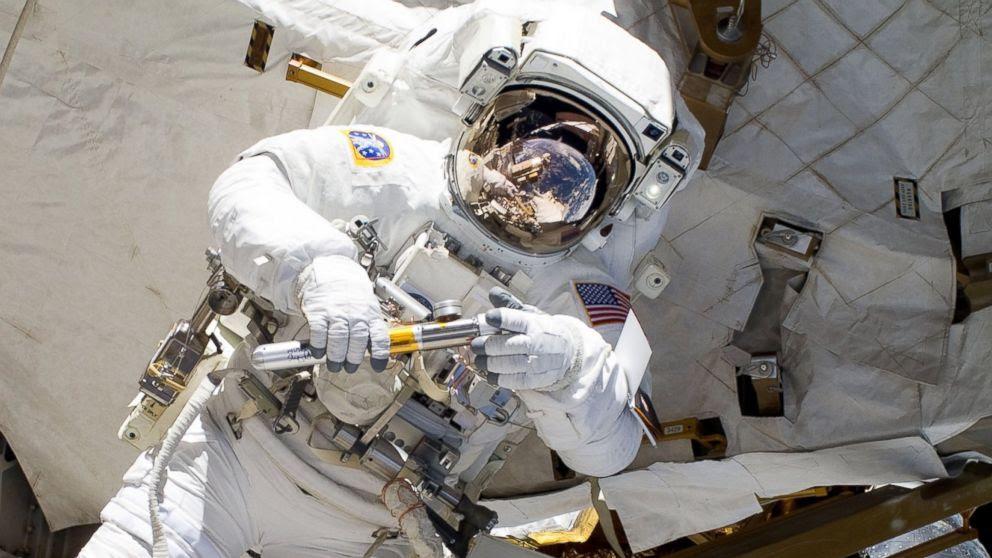 NASA astronaut Alvin Drew participates in an EVA on the International Space Station on Feb. 28, 2011.
NASA/Getty Images
NASA awarded contracts today to Boeing and Elon Musk's SpaceX to ferry astronauts to and from the International Space Station, signaling the agency's return to manned spaceflight after the end of the space shuttle program.
"This is the fulfillment of the commitment President Obama made to return human space flight launches to U.S. soil and end our reliance on the Russians," NASA administrator Charles Bolden said.
The winning designs will end U.S. dependence on the Russian Soyuz for transportation back and forth to the International Space Station.
Companies Selling Balloon Rides Into Outer Space
Space Smells and 4 Other Things We Learned From Astronaut Mike Hopkins
The announcement came after an expensive and ferocious competition to determine which companies would be tasked with building the next era of spacecraft.
Boeing’s contract could have a value of $4.2 billion while SpaceX’s deal is valued at $2.6 billion, according to Kathy Lueders, the program manager of NASA’s Commercial Crew Program.
Lueders said having two contracts will help NASA make sure it stays on track to meet its 2017 goal of manned spaceflights.
The Commercial Crew Program was designed by NASA to replace the retired space shuttle, which was the workhorse of the agency's space program for over 30 years.
Boeing has invested in the CST 100 capsule, which would launch on an Atlas V rocket -- almost a turnkey proposition for NASA when you consider the company’s history in aerospace.
SpaceX has the advantage of already launching cargo spacecraft to the International Space Station and hopes to parlay that experience into a human version of its Dragon spacecraft.
Lueders said each company will be paid on the performance of key milestones. The biggest one: Boeing and SpaceX will have to successfully make manned flights to the International Space Station, where they will have to demonstrate their ability to deliver cargo, dock and then return safely to Earth.


Posted by firesprinklers at 2:25 PM