Scotland Votes No to Leaving the United Kingdom 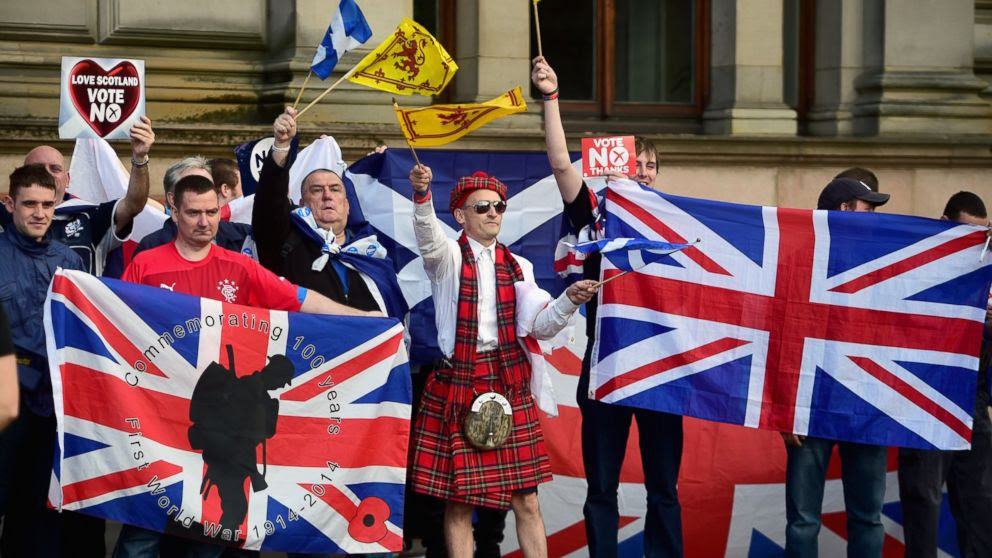 Scotland won't be leaving the United Kingdom after all.
After weeks of buildup, Scots rejected independence and voted against ending the country's 307-year union with England. The vote was called as the No vote passed the required 1.8 million threshold.
While voters in Glasgow, Scotland's largest city, voted in favor of independence, voters in the capital of Edinburgh cast their ballots overwhelming against it.
U.K. Prime Minister David Cameron was expected to make a statement on the results Friday morning. He said he had already congratulated Alistair Darling, who led the anti-independence "Better Together" campaign.
The ballot couldn't have been simpler, only asking: "Should Scotland be an independent country?"
The independence referendum saw a record high turnout with 85 percent of voters casting ballots.
Posted by firesprinklers at 10:35 PM