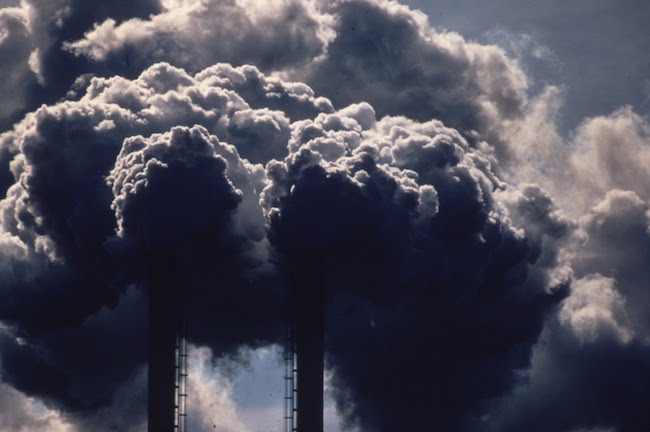 The Supreme Court is set to hear a landmark case involving the Environmental Protection Agency’s (EPA) ability to regulate greenhouse gas emissions on Monday. According to the Washington Post, the event is sure to be hotly contested by Republicans. The list of all involved parties spans eight pages. Many say that it is the opposite of what has happened in the past, when the four-decade old federal agency was said to not be allowed to do its job. The last time the EPA was in court regarding greenhouse gases, some states and many environmentalists claimed that it was forced to concede to those who claimed climate change did not exist.
Tomorrow’s case is said to be pushback for past actions, and while states are involved, it appears that industrialists are as well. The collective concern is that the EPA is seeking to make a power grab that will probably be problematic for industry.
The case in question, Utility Air Regulatory Group v. EPA, is yet another battle between environmentalists and industrialists, and essentially Democrats and Republicans and even states rights vs. the federal government regarding the Clean Air Act. Also at stake is whether the hotly contested climate change is present as well as if it is caused by humans or natural causes.
When the Supreme Court hears the EPA case, it is a battle which appears to have been defined in an opinion from Christine Todd Whitman, a former EPA administrator who served under Bush from 2001 until 2003. In the piece, which was posted today on Politico, she urges the court to defend the EPA’s authority to regulate under the act. She also demands that Congress step up to the plate.
She basically says that states will not set a standard shared by other states but that the effects of various standards will nevertheless affect those outside the state lines. Because of this, it is the federally based EPA which must regulate the emissions. She goes on to chastise private interests for having ignored a bipartisan ruling in the D.C. Circuit Court that agreed with the EPA’s ability to regulate.
In the TribLive Total Media (Trib), a newspaper group that owns a number of Pittsburgh and other Pennsylvania media, it is said that while the case is a small one, it is hugely significant. According to the Trib’s take, if the EPA is blocked in the Supreme Court, the case be could be used against it in ways that could slowly dismantle the agency’s ability to regulate even as more power is handed to the states to regulate gas emissions as they see fit.
Both sides have approached the issue with an apparent hyperbole that makes one wonder if the world is to be destroyed not so much by climate change but the collision of Republicans calling the EPA “ridiculous” and the Democrats implying an apocalyptic result if the EPA is rebuffed.
While there is much at stake politically, it should be noted that if the EPA walks away with a win, some are claiming that it will signal a Supreme Court wishing to work closely with the Obama administration rather than to appease the industrialists that appear to be behind the case having to be heard.
By Randall Fleming
Follow Randall Fleming on Twitter: #BreweryObserver
Posted by firesprinklers at 9:03 PM