Einstein Saw Space Move, Long Before We Could Hear It

Listen to the Story 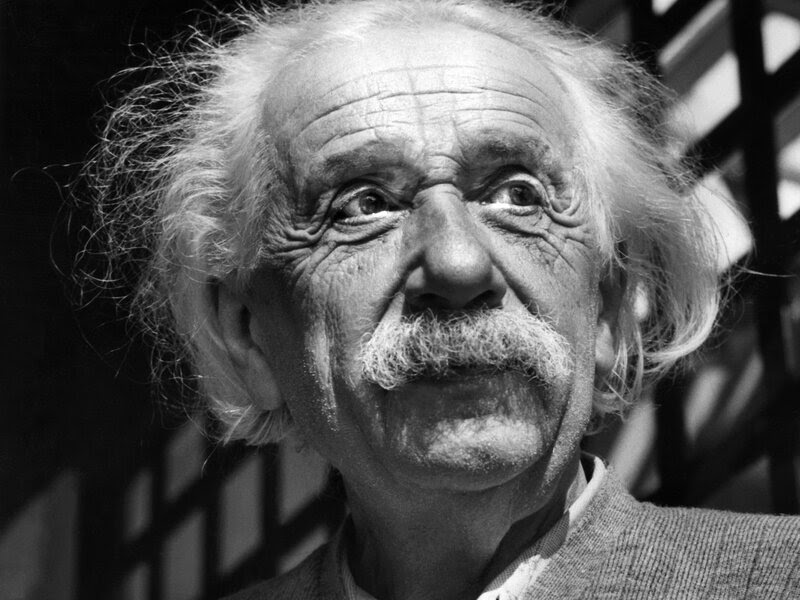 Albert Einstein once wrote that he was indebted to a favorite uncle for giving him a toy steam engine when he was a boy, launching a lifelong interest in science.
AP
Here we are in an election year — once again asking the great see-into-the-future question in politics — who will be the next president?
Yesterday, I picked up the paper (I still have a paper to pick up) and read about a man who did see into the future, Albert Einstein. He developed his theory of general relativity in the early 20th century, and in 1915, he announced his theory that space and time are woven together and that events in the universe can cause space and time to move, to bob and jiggle, to stretch and ripple. Einstein's ideas overturned previous ideas of an orderly universe where planets and solar systems revolved in a calm and eternal magnificence.
And this particular notion — of space and time moving — was, you might say, out there, and not possible to observe.

Einstein, A Hunch And Decades Of Work: How Scientists Found Gravitational Waves

Now, 100 years later, this most mysterious piece of Albert Einstein's imaginings has reached out to scientists on Earth in the form of a chime, a chirp, a sound which one scientist described as what you might hear if you ran your thumb over piano keys from the lowest rumbly bass to middle C. A chirp in C, which left a distant part of the universe more than a billion years ago and rippled outward, beginning a journey to a very different Earth.
An extraordinary group of scientists, starting in the '70s, began work on ways to listen to the universe and perhaps to hear the sound of space and time moving, bending. Over the years, three men, Ronald Drever and Kip Thorne of Cal Tech, and Rainer Weiss of MIT, searched for a way to detect the movement that by this time most scientists believed in but could not observe.
They built a most improbable pair of instruments, one in Washington State, and one in Louisiana called the Laser Interferometer Gravitational-Wave Observatory — huge tubes and mirrors which could detect and measure impossibly tiny shifts in space and time. And last September, they did.
Two huge black holes fell into one another more than a billion years ago and rattled space and time. And in September, scientists heard that sound and recorded it. It is impossibly impressive, a very great achievement. But one of the things we must celebrate is that 100 years ago, a funny looking little fellow with flyaway hair trained his powerful brain on the universe and imagined what might be true. And was right.
Posted by firesprinklers at 8:34 PM