The response to a suspected active shooter at the Washington Navy Yard this morning was swift and massive. When the 911 call came in at 7:29 a.m. ET that gunshots had been heard at the Navy Yard, dozens of officers from Naval Security, D.C. Metropolitan Police, U.S. Capitol Police, Park Police, U.S. Marshal Service, ATF and FBI agents rushed to the scene.
Police cars and SWAT team vehicles were parked near the massive compound, covering the streets and sidewalks for blocks in every direction. Ambulances screamed to the Navy Yard, ready for the possibility of mass casualties. A helicopter circled overhead and tactical teams scrambled onto rooftops and sealed a six-square block perimeter.
"It was a clear, coordinated and convincing response to this incident,” D.C. Mayor Muriel Bowser said shortly after it all was declared a false alarm.
Navy Yard Shooter Aaron Alexis Expected to Be Killed
Navy Yard Shooting Suspect Only Gunman in Rampage
When asked if the overwhelming police response was due in part to fears about a terrorist attack on the Fourth of July, Police Chief Cathy Lanier said, “It has nothing to do with the increased threat level. That’s what we do here.” 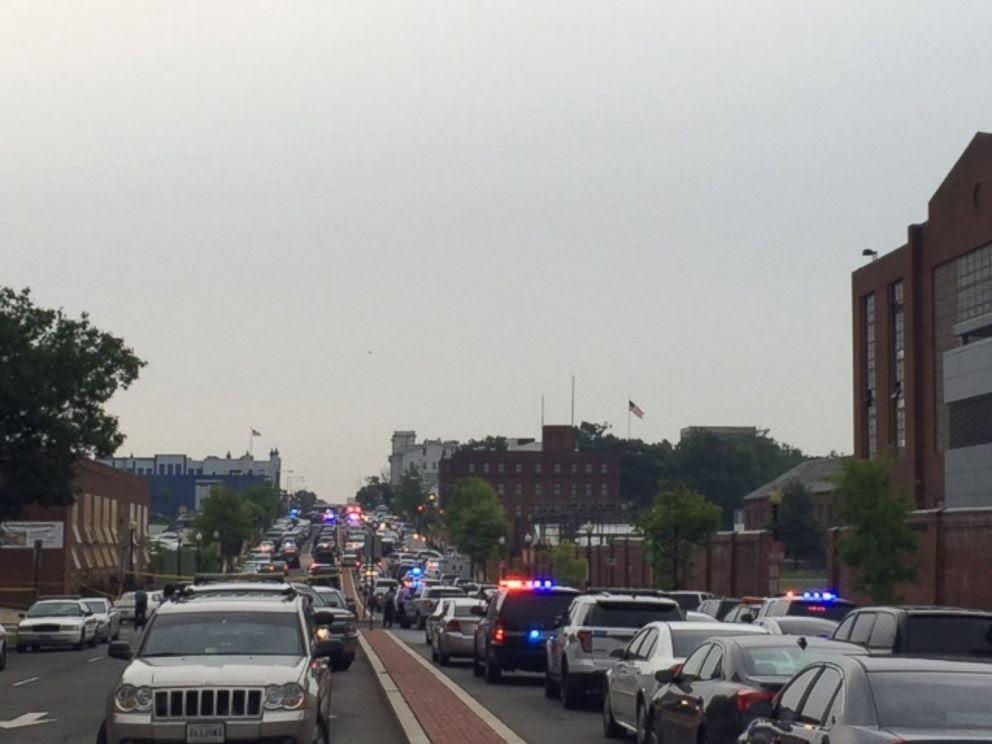 ABC News
PHOTO: The Washington Navy Yard was placed on lockdown on July 2, 2015.
Lanier added, “We operate in D.C. like there is an elevated threat level at all times. We are aware of the discussion and chatter surrounding the Fourth of July events and we take that into account. We take every event here in Washington very seriously and our posture remains extremely high for all special events, and that will continue for the Fourth."
The FBI and Department of Homeland Security issued a joint bulletin alerting authorities to the “heightened threat of attack by ISIL and its supporters” ahead of the Fourth of July holiday and this summer in general. The bulletin, issued last Friday, is titled “Holiday Celebrations Remain Attractive Target” and was sent to 18,000 law enforcement agencies around the country. The document warns that that Independence Day celebrations and any activity which appears to defame the prophet Mohammed will “likely result in threats or plans to conduct violent extremist acts.”
While federal law enforcement officials acknowledge that authorities are on high alert for the upcoming holiday, Lanier indicated that the quick response to this morning’s possible threat was more closely linked to the shooting the Navy Yard in 2013, when 12 people were killed by an active shooter who went through the facility, shooting former co-workers.
“We spend a lot of time on after action reports,” Lanier said. “It appears that a lot of the things we tried to correct and go better from the last incident went very, very well. Things went very smoothly, there was a well-coordinated response here.”
She added, “This turns out to be a great exercise for us, and nobody is hurt.” 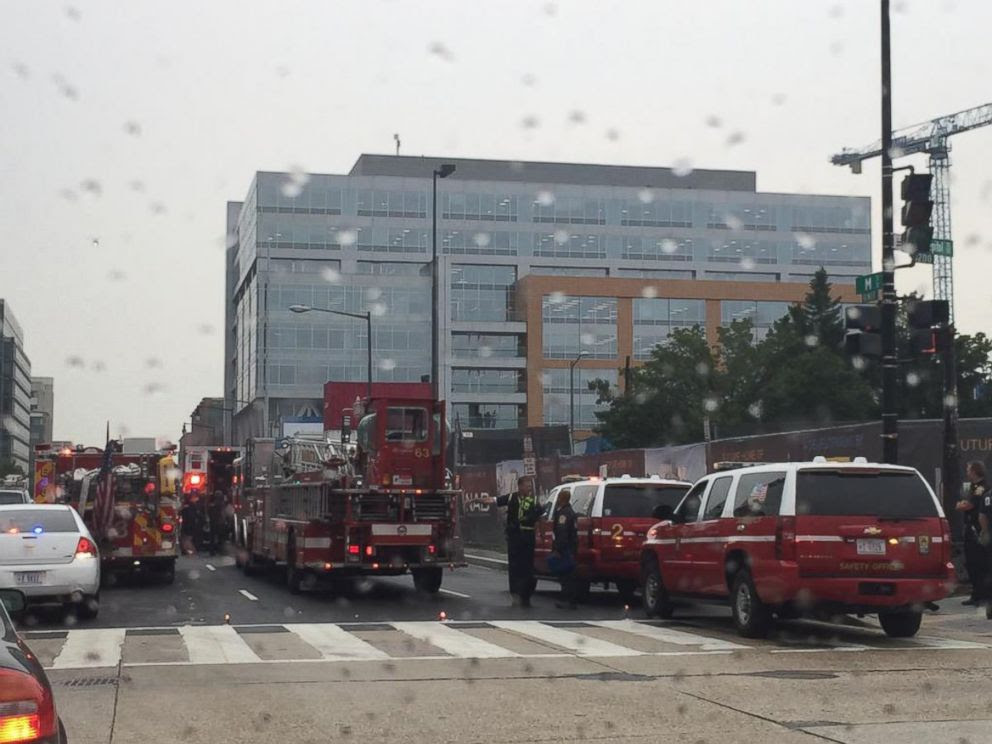 @Kfaulders/Twitter
PHOTO: The scene at the Washington Navy Yard, July 2, 2015.
Indeed, no threats was found after a complete building search this morning, although the Navy Yard remained on lockdown for several hours.
An employee heard what she thought was a gunshot and placed a call around 7:29 a.m., officials said. The call went to an internal call center inside the Navy Yard. Local police also responded to the scene, officials said.
Authorities have interviewed the employee who made the call and have no concerns about the intentions of her report.
"This is an employee that did exactly what we ask employees to do," Lanier said.
In September 2013, a lone gunman went on a shooting spree at the Navy Yard, killing 12 people. The suspect was then killed in a firefight with police.
Luis Martinez and Jack Date contributed to this report
Get real-time updates as this story unfolds. To start, just "star" this story in ABC News' phone app. Download ABC News for iPhone here or ABC News for Android here.

Posted by firesprinklers at 12:37 PM