Rick Perry is sounding a lot like Elizabeth Warren, and Wall Street's not even going to hate him for it


LINETTE LOPEZ TOMORROW AT 2:36 AM

Rick Perry at a luncheon hosted by the Committee to Unleash Prosperity in NYC.
Rick Perry bashed Wall Street with the fury of a thousand Elizabeth Warren’s on Wednesday.
But sounding like The Street’s worst enemy likely won’t stop him from raising cash from the industry.
What will is the Perry campaign failing to build momentum in his 2016 Presidential race.

Perry’s speech before 220 mostly wealthy, conservative voters at Manhattan’s Yale Club likely left Wall Street bankers smarting.
Many Americans think “the game is rigged,” he said.
Wall Street “corruption has turned capitalism into cronyism,” he added.
“To be quite frank, we got screwed… and we have every right to be angry about it.”
And the line that got the most applause: “Dodd-Frank took aim at Wall Street and the bullet went right through and hit Main Street.”
This is the tough-talking Texan Governor Rick Perry, a Republican running for President, not liberal Massachusetts Sen. Elizabeth Warren, the creator of the Consumer Financial Protection Bureau and fierce advocate for Wall Street regulation. That said, a bunch of her policy suggestions made it into his speech. 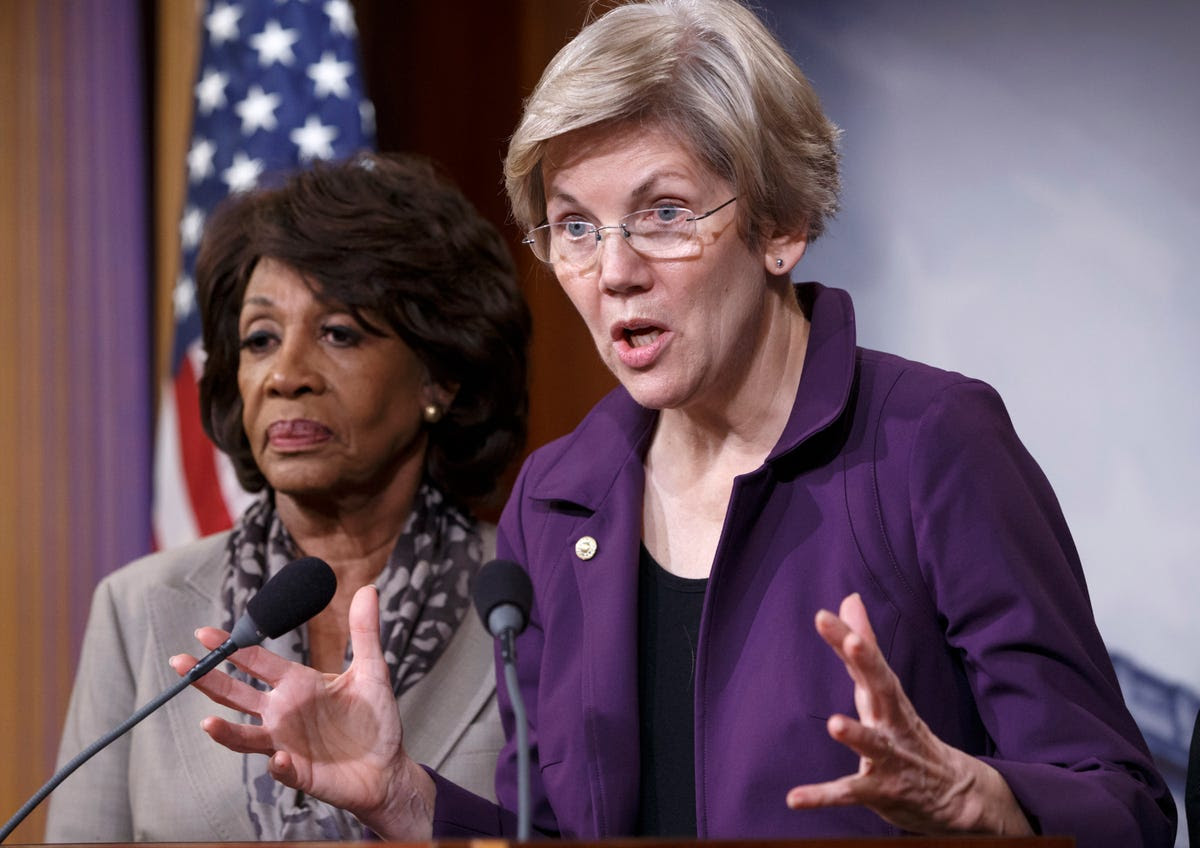 Perry argued that banks had only gotten bigger since the financial crisis. That means a concentration of assets.
“If you think the last financial crisis was bad wait til the next crisis,” he said.
He mixed in his populist Warren policies with some general anti-big government conservative ones — like a dislike for the agency Warren founded, the Community Financial Protection Bureau. Perry’s tone was less acerbic than fellow Texan Ted Cruz’s tone before a group of uncomfortable Wall Streeters earlier this month, but the speech was brutal all the same.
That won’t necessarily stop Perry from raising money from the Wall Street money crowd though. Many people in the hedge fund and private equity community are angry about the housing bubble too. They blame bankers for it.
They also think the banks have turned into insanely massive, overly regulated, and less-profitable zombie firms.
That means Perry’s populist bent on Wall Street won’t necessarily put cash from the financial community out of reach. Hedge fund professionals have more money than bankers.
They’re the ones candidates really want to have in their camp.
As one hedge fund executive told Business Insider: “Hedge funds look down on bankers. Bankers are a few levels below funds on the Wall Street food chain.”

The real issue that will keep Wall Street money out of Perry’s hands isn’t banker bashing. It’s that his campaigns lack momentum. Party insiders say the money he has raised thus has come from a small group of loyal constituents and supporters who’ve followed his long career in office.
He’ll need to rise above all the noise in the Republican Party’s crowded field if he is to get big money from around the country.
“Rick Perry is doing the smartest thing for Rick Perry,” said Anthony Scaramucci, CEO of financial firm SkyBridge Capital and finance chair for another GOP candidate, Wisconsin Gov. Scott Walker.
“By hitting Donald [Trump] he is getting his name out there which may cause his poll numbers to rise. He is cheering on Carly [Fiorina] in hopes of getting the Republican women.
“However he will likely not be the nominee, there are just too many people coming out of the clown car ahead of him.”
The Perry campaign has yet to respond to Business Insider’s request for comment.
That doesn’t mean Perry won’t have fun in the meantime, though. One reporter managed to ask him about comments fellow candidate Donald Trump had made questioning the Governors “toughness” and “brainpower.”
“Let’s get a pull-up bar out there and see who can do the most pull-ups,” Perry said.
Wall Street would probably be into that.

NOW WATCH: This drummer created a whole song by only using the sound of coins