The War on Drugs Has Failed. Let’s Legalize and Regulate Drugs Instead. 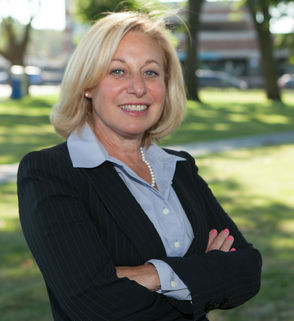 CRANFORD, NJ - Heroin overdose deaths in the United States have quadrupled since 2002. If that weren’t alarming enough, New Jersey’s rate of heroin overdose deaths is more than three times the national average and drug overdose is now the leading cause of accidental death in New Jersey. If it were not already clear, this recent surge in heroin deaths show that America’s drug laws are in need of drastic reform. We need to stop treating substance abuse as a criminal act and start treating it as a medical issue. We should end the War on Drugs and instead legalize and regulate the sale and use of narcotics.
I’m proud to say I have already been part of the fight to change New Jersey’s drug laws. In 2013 I testified to the legislature in favor of what is now the New Jersey Drug Overdose Prevention Act, which authorized paramedics and police officers to carry and administer the overdose prevention drug naloxone. I’m pleased that overdose deaths have declined since the law went into effect. Lives are being saved because our leaders realized that our drug laws were foolishly hurting vulnerable people instead of seeking to help those in need.
But there is still much work to be done. An obvious first step would be the legalization of marijuana. The success of legalization in Colorado and Washington should serve as a model to the rest of the country. Legalization will save millions of dollars in police and court costs, keep thousands of people out of jail and prison, and bring millions of dollars in new tax revenue into our state’s coffers. Simple possession of small amounts of more dangerous drugs by adults should be decriminalized immediately. Prohibition has only empowered drug dealers and organized crime.
Our drug laws should focus on treatment instead of punishment. We need to expand drug courts and alternative sentencing programs so that people whose crimes were a result of their substance abuse problems are not sent to prison to become career criminals. But we also need to get tougher on doctors who abuse their prescription writing power by overwriting scripts for pain relievers without seeing the patients in any meaningful way and then simply cutting the patients off without treatment or a plan to wean them off of the pain medication.  Such doctors create the addiction without liability or consequences to themselves. That is where the focus of the authorities should be, rather than on the people suffering from addiction.
The recent prison escape of Mexican drug lord Joaquin “El Chapo” Guzman demonstrates the futility of an enforcement-only approach. This is the second time he has been able to escape from prison. How can you build a prison that will hold someone who has limitless resources? To me, it makes much more sense to cut off his source of wealth by legalizing and regulating narcotics. Prohibition has only empowered criminals like Guzman. We have tried every enforcement mechanism possible, and none of them have succeeded.
We will look back on the War on Drugs as one of the great follies in American history, alongside the prohibition of alcohol. The trajectory and failure of the two policies is strikingly similar. The prohibition of alcohol empowered bootleggers and the mafia much the same way the War on Drugs has empowered drug cartels. After 13 years of Prohibition, America came to its senses and legalized and regulated alcohol. It’s now time we do the same with drugs.
There is increasing bipartisan consensus for reform of our broken drug laws. While I have disagreed with Governor Christie on many issues, I was proud to work with him on the Overdose Prevention Act and have been heartened by his comments on drug policy reform. As a member of the New Jersey Assembly I will make reform of our state’s drug laws a top priority. I stand ready to work with members of both parties to help bring common sense and compassion to this issue. The War on Drugs has failed. It is time to bring it to an end.
-Jill LaZare is a candidate for New Jersey Assembly District 21
The opinions expressed herein are the writer's alone, and do not reflect the opinions of TAPinto.net or anyone who works for TAPinto.net. TAPinto.net is not responsible for the accuracy of any of the information supplied by the writer.
Posted by firesprinklers at 5:17 PM