Robert Reich: America’s economy is a nightmare of our own making 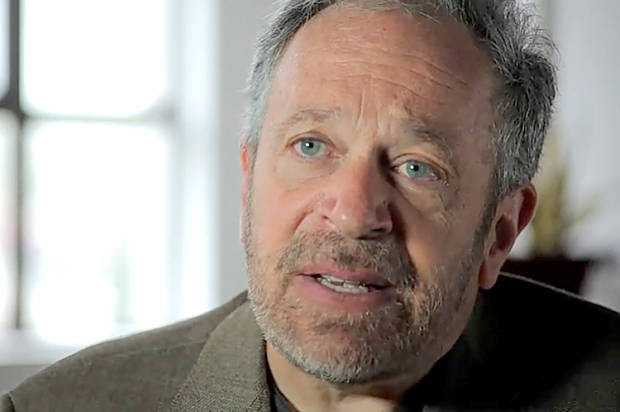 V
The underlying problem, then, is not that most Americans are “worth” less in the market than they had been, or that they have been living beyond their means. Nor is it that they lack enough education to be sufficiently productive. The more basic problem is that the market itself has become tilted ever more in the direction of moneyed interests that have exerted disproportionate influence over it, while average workers have steadily lost bargaining power—both economic and political—to receive as large a portion of the economy’s gains as they commanded in the first three decades after World War II. As a result, their means have not kept up with what the economy could otherwise provide them.
To attribute this to the impersonal workings of the “free market” is to disregard the power of large corporations and the financial sector, which have received a steadily larger share of economic gains as a result of that power. As their gains have continued to accumulate, so has their power to accumulate even more.
Under these circumstances, education is no panacea. Reversing the scourge of widening inequality requires reversing the upward distributions within the rules of the market, and giving workers the bargaining leverage they need to get a larger share of the gains from growth. Yet neither will be possible as long as large corporations and Wall Street have the power to prevent such a restructuring. And as they, and the executives and managers who run them, continue to collect the lion’s share of the income and wealth generated by the economy, their influence over the politicians, administrators, and judges who determine the rules of the game may be expected to grow.
The answer to this conundrum is not found in economics. It is found in politics. The changes in the organization of the economy have been reinforcing and cumulative: As more of the nation’s income flows to large corporations and Wall Street and to those whose earnings and wealth derive directly from them, the greater is their political influence over the rules of the market, which in turn enlarges their share of total income.
The more dependent politicians become on their financial favors, the greater is the willingness of such politicians and their appointees to reorganize the market to the benefit of these moneyed interests. The weaker unions and other traditional sources of countervailing power become economically, the less able they are to exert political influence over the rules of the market, which causes the playing field to tilt even further against average workers and the poor.
Ultimately, the trend toward widening inequality in America, as elsewhere, can be reversed only if the vast majority, whose incomes have stagnated and whose wealth has failed to increase, join together to demand fundamental change. The most important political competition over the next decades will not be between the right and left, or between Republicans and Democrats. It will be between a majority of Americans who have been losing ground, and an economic elite that refuses to recognize or respond to its growing distress.

Robert Reich, one of the nation’s leading experts on work and the economy, is Chancellor’s Professor of Public Policy at the Goldman School of Public Policy at the University of California at Berkeley. He has served in three national administrations, most recently as secretary of labor under President Bill Clinton. Time Magazine has named him one of the ten most effective cabinet secretaries of the last century. He has written 13 books, including his latest best-seller, “Aftershock: The Next Economy and America’s Future;” “The Work of Nations,” which has been translated into 22 languages; and his newest, an e-book, “Beyond Outrage.” His syndicated columns, television appearances, and public radio commentaries reach millions of people each week. He is also a founding editor of the American Prospect magazine, and Chairman of the citizen’s group Common Cause. His new movie "Inequality for All" is in Theaters. His widely-read blog can be found at www.robertreich.org.


Posted by firesprinklers at 9:16 PM