Beau Biden Passes Away: Tributes and Condolences Pour In 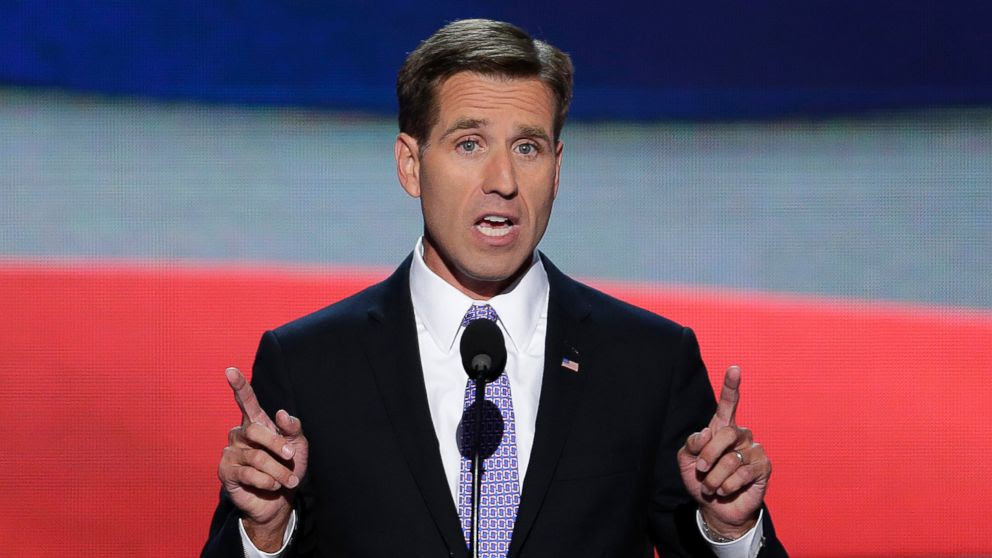 Tributes and condolences poured in after the passing of Beau Biden, the son of Vice President Joe Biden, Saturday night.
Beau Biden, the former attorney general of Delaware, passed away at the age of 46 after a battle with brain cancer.
President Obama weighed in shortly after the announcement of Beau Biden's death, saying the Obama family was "grieving" for the Biden's loss.
"Beau Biden believed the best of us all. For him, and for his family, we swing our lanterns higher," the president said. "Michelle and I humbly pray for the good Lord to watch over Beau Biden, and to protect and comfort his family here on Earth."
Democrats and Republicans alike released statements and tweeted condolences and remembrances to the Biden family.
Senate Minority Leader Harry Reid, who served along side the vice president during his time in the Senate, called Beau Biden a "wonderful, strong and courageous man."
"His life was so rich and it is unspeakably sad to see him leave us far too soon. Beau's dedication to public service was deep, broad and profound. He embodied the best and most noble traits that his parents sought to instill in him," Reid said in a statement. "I know Joe is very proud and he should be proud because Beau was simply a joy to know."
Ron Klain, former chief of staff to the vice president, said the passing of Beau Biden, who was considering a run for governor in Delaware, was a loss for the country.
Sen. Chris Coons, D-Delaware, said Beau Biden's death a "great less for his family and friends and for Delaware."
"Throughout his life, Beau never shied away from doing the right thing, even when it meant doing the hard thing. Beau served his country and community with honor, and that's how he will be remembered," Coons said. "My family knew Beau as a family man devoted to his wife, Hallie, and their children, Natalie and Hunter, and as a hardworking, kind-hearted person."
Beau Biden served in the Delaware National Guard starting in 2003 and participated in Operation Enduring Freedom in Iraq as part of a year-long deployment in September 2009.


Posted by firesprinklers at 9:57 PM