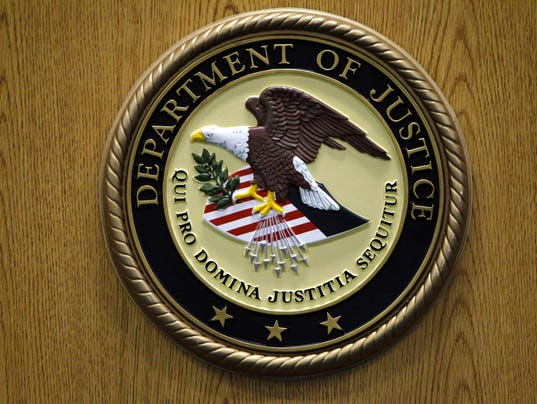 WASHINGTON — For years, Drug Enforcement Administration agents posted in Colombia engaged in sex parties involving prostitutes who were supplied by local drug cartels, a Justice Department review found Thursday.
The Justice inspector general's inquiry, which examined how federal law enforcement agencies handled sexual misconduct and harassment reports, concluded that seven of 10 agents allegedly involved admitted attending the parties in Colombia where a local police officer often stood guard, protecting the agents' firearms and other property.
In addition, the report found, three of the DEA agents — all described as supervisory special agents — were "provided money, expensive gifts and weapons from drug cartel members.''
Although the misconduct jeopardized the agents' security clearances, the matter was never referred to the agency's Office of Security Programs for review, and the agents were issued suspensions ranging from two to 10 days.
"Most of the sex parties occurred in government-leased quarters where agents' laptops, BlackBerry devices and other government issued equipment were present ... potentially exposing them to extortion, blackmail or coercion,'' the report said.
Some of the DEA agents involved in the misconduct, the inspector general found, also were involved in investigations of two former Colombian police officers who initially provided information about the sex parties to DEA officials.
"If these special agents had served as government witnesses at the trials of these defendants, their alleged misconduct would have had to be disclosed to defense attorneys and would likely have significantly impaired ability to testify at trial,'' the report concluded. A trial was avoided, however, when the suspects struck plea agreements in a narcotics conspiracy case.
DEA supervisors also failed to initiate formal internal investigations into the activities of two agents who were subjects of repeated allegations of patronizing prostitutes and frequenting a brothel, the inspector general's report found.
One of the two agents who were the focus of the allegations also was alleged to have assaulted a prostitute during a payment dispute.
The Justice inspector general's review found that the agents' misconduct was ultimately reported to the agency's Office of Professional Responsibility (OPR) in 2010 via an anonymous letter.
Though a subsequent OPR review found that the agents' supervisors were aware of at least four complaints involving loud parties attended by prostitutes in a government-leased apartment from 2005 to 2008, the managers never forwarded those allegations for investigation by the OPR.
In all, the inspector general's report found, federal law enforcement agencies were linked to 26 allegations involving the solicitation of prostitutes abroad during a four-year review ending in 2012. Of that total, the DEA was involved in 19 such alleged offenses.
Though the inspector general's review focused on allegations raised from 2008 to 2012, the findings raised new concerns about the conduct of federal law enforcement officers assigned to missions outside the U.S.
In 2012, U.S. Secret Service agents preparing for the arrival of President Obama in Cartagena, Colombia, were swept up in a sex scandal when agents brought several prostitutes back to their hotel. Authorities were only alerted to the incident at the Hotel Caribe when one of the agents became involved in a dispute over payment to one of the women.
The incident resulted in agent dismissals and inquiries by congressional committees, one of which promised a separate investigation into the allegations involving the DEA.
Rep. Jason Chaffetz, R-Utah, chairman of the House Oversight and Government Reform Committee, described the inspector general's findings as "truly stunning.''
"Let there be no mistake, this is a national security threat,'' Chaffetz said in a written statement. "We need to hold them accountable, and given the clear evidence in the OIG report, they should be fired immediately.''
DEA officials declined comment Thursday. But in a letter to the inspector general, Michael Dixon, the DEA's acting deputy chief inspector, said the report focused on just 3% of cases that the agency could have investigated "more thoroughly.''
Dixon noted that in October the agency issued a memorandum intended to "address specific areas of misconduct where the violations can seriously impact the integrity of the DEA.''
The memo, as outlined in Dixon's letter, addressed such things as off-duty conduct, sexual harassment, improper relationships with sources and other issues.
"DEA believes this memorandum ensures that supervisors and managers, as well as employees are aware of their responsibilities concerning misconduct and that appropriate measures through the disciplinary process will be taken once a report of misconduct is received.''
Posted by firesprinklers at 3:54 PM