By
JAMES STERNGOLD
March 17, 2015 6:08 p.m. ET
Ocwen Financial Corp. agreed to sell $45 billion of mortgage-servicing rights to J.P. Morgan Chase & Co., following through on previous statements that it planned to shrink the business, people with knowledge of the transaction said.
No sale price was disclosed but earlier this month Ocwen said in a statement that it was on track to sell mortgage servicing rights for loans with an unpaid balance of $55 billion, and that it already had an agreement to sell almost $10 billion of those rights to Nationstar Mortgage Holdings Inc. 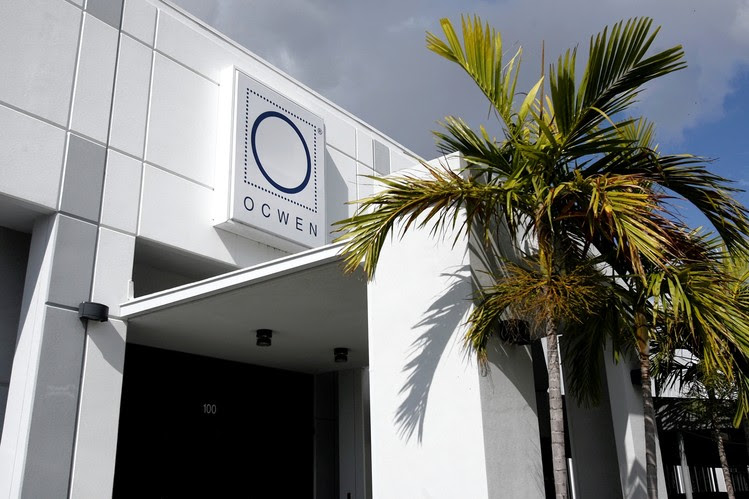 ENLARGE
Ocwen Financial offices in Florida PHOTO: THE PALM BEACH POST/ZUMA PRESS
Ocwen said earlier that the sale of the $55 billion in servicing rights would result in about $550 million in proceeds.
The sale was reported earlier Tuesday by Inside Mortgage Finance.
The acquisition of the $45 billion portfolio may indicate a reversal of J.P. Morgan’s strategy. Like other big banks, it had pulled back from the mortgage servicing industry due to increased regulatory scrutiny and costs, as well as new international rules that require banks to hold extra capital against those rights. Last year, James Dimon, the bank’s chief executive officer, told analysts, “If I had a choice, I would never be into bulk servicing again.”
A J.P. Morgan spokesman said the bank declined to comment about its stance on owning such rights.
For Ocwen, the deal continues its dramatic evolution into a much smaller firm.
Following a two-year investigation by New York state regulators of allegations that Ocwen was mishandling distressed borrowers, the firm agreed in December to a $150 million settlement and the appointment of a monitor to scrutinize its practices. Its executive chairman and largest shareholder, William Erbey, was also forced to resign.
The company said that it was also going to sell off the rights to service mortgages owned by the government-supported entities,Freddie Mac and Fannie Mae. The sale of the $55 billion in servicing rights involves such agency-owned mortgages, Ocwen said earlier.
In addition, an affiliated company, Home Loan Servicing SolutionsLtd., said in February it had agreed to be acquired by New Residential Investment Corp., an affiliate of Nationstar. And in recent months some large institutional investors have sought to have Ocwen removed as the servicer of some large portfolios in mortgage-backed securities, saying that it had performed poorly and had defaulted due to recent downgrades of its rating by credit-rating firms.
Write to James Sterngold at james.sterngold@wsj.com
Corrections & Amplifications
An earlier version of this story incorrectly reported Ocwen sold $45 million of mortgage-servicing rights.

Posted by firesprinklers at 5:25 PM