Taliban school attack: What do the militants want?

STORY HIGHLIGHTS
(CNN) -- The scene was horrifying. Gunmen stalked through the school, shooting children as they cowered under benches and booby-trapping buildings with homemade explosives.
When the siege finally ended, Pakistan was left reeling and the world wondering: Who would do such a thing? And what do they hope to achieve?
The identity of the group behind the massacre at the army-run school in Peshawar is no mystery.
The Pakistan Taliban -- who have long conducted an insurgency against the Pakistani government as they seek to overthrow the authorities and bring in Sharia law -- were quick to claim the terror attack. 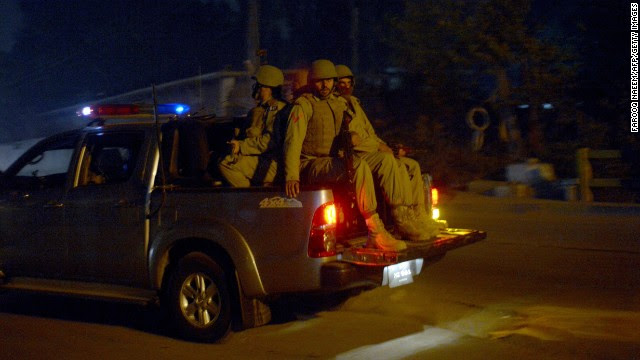 
CNN's Jim Sciutto and Sophia Saifi contributed to this report.

Posted by firesprinklers at 4:22 PM