Sony Defends Itself Against Criticism That It Bowed to Hackers’ Threats 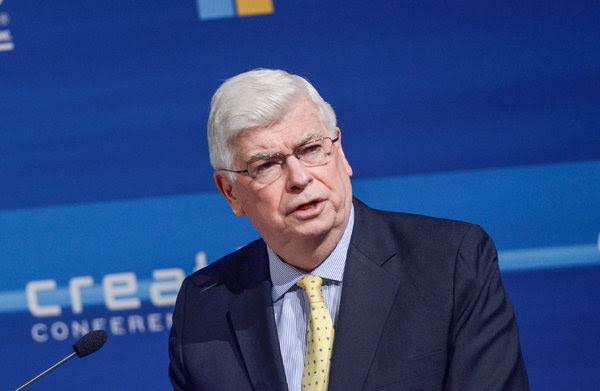 LOS ANGELES — Sony on Friday strongly disputed President Obama’s assertion that it “made a mistake” in canceling plans to release “The Interview” on Dec. 25, saying it had been searching for alternative ways to show the film after theater owners refused to book it in the face of a terrorist threat.
Hackers late Thursday threatened a continued assault on Sony if the studio found a new way to distribute the comedy online or otherwise.
Sony executives were whipsawed by the president’s criticism, the new threat from hackers and persistent pressure to show the film, in particular from Hollywood talent. But no mainstream cable, satellite or online movie distributor was yet willing to adopt “The Interview,” about the assassination of the North Korean ruler Kim Jong-un.
Not one major distributor “has stepped forward and said they are willing to distribute this movie for us,” Michael Lynton, chief executive of Sony Pictures, told CNN on Friday.
Continue reading the main story
“We have not caved. We have not given in; we have not backed down,” he added.
In a follow-up statement, Sony said it had canceled the planned Christmas Day release for “The Interview” only after about 80 percent of the country’s theaters had backed out of screening it. The studio said it “immediately began actively surveying alternatives.”
Sony’s rebuttal follows a wave of criticism that the studio had buckled to an extortionist demand from the hackers in canceling the film’s scheduled release. Perhaps the most stinging rebuke came from Mr. Obama in a Friday morning news conference in Washington.
“We cannot have a society in which some dictator someplace can start imposing censorship here in the United States,” Mr. Obama said. “Because if somebody is able to intimidate folks out of releasing a satirical movie, imagine what they start doing when they see a documentary that they don’t like or news reports that they don’t like.”
Several hours earlier, the F.B.I. said it had extensive evidence that the North Korean government was behind the hacking of Sony computers and subsequent threats against theaters that might play “The Interview,” which was co-directed by Seth Rogen and Evan Goldberg.
Mr. Lynton insisted that the president and the public misunderstood Sony’s position on “The Interview.” “We do not own movie theaters,” Mr. Lynton told CNN. “We cannot decide what will be played in movie theaters.”
“We had no alternative but to not proceed with the theatrical release,” Mr. Lynton added.
In its initial brief statement on Wednesday withdrawing “The Interview,” Sony said that it had “no further release plan,” but executives quickly realized they should have elaborated with at least a few words about evaluating alternatives. Sony executives, beleaguered and running on fumes after almost a month of dealing with the attack, have since been wading through the many issues surrounding an alternative release, which they are still exploring.
In Hollywood, growing demand that Sony find a way to show “The Interview” was amplified by a call from the Directors Guild of America for distribution of some kind.
“We stand by our director members Seth Rogen and Evan Goldberg and hope that a way can be found to distribute the film by some means, to demonstrate that our industry is not cowed by extremists of any type,” the guild’s president, Paris Barclay, said in a statement.
Satellite operators, cable systems and online platforms like Netflix are concerned about a disruption of e-commerce in the Christmas season. There is a worry that doing so might expose their web infrastructures to the same kind of hacking. Any attempt to show the film online would also require the complex renegotiation of talent contracts.
One notable exception is BitTorrent, an online file-sharing service that has in the past been harshly criticized by the film industry for providing software that enables piracy. BitTorrent also offers a pay-based sharing mechanism that makes legitimate entertainment sales. In a statement, BitTorrent called its system “the very best way for Sony to take back control” of the film by selling it online.
Netflix, iTunes and Comcast currently have no plans to carry the film, according to people at the companies with knowledge of the matter. Amazon declined to comment. Dish, the satellite television company, had no immediate comment.
A Sony spokesman had no comment on BitTorrent.
The new threat involving “The Interview” was sent Thursday night to Sony executives. In an email message, hackers demanded that the studio never let the movie be “released, distributed or leaked in any form of, for instance, DVD or piracy.” The email promised to “ensure the security of your data unless you make additional trouble.”
“We still have your private and sensitive data,” the hackers wrote.
On Friday, the Motion Picture Association of America finally stepped squarely into the public spotlight with a strongly worded condemnation of the hacking — and of media outlets for their handling of it. In a statement, Christopher Dodd, chief executive of the association, called the assault “a despicable, criminal act.”
He added: “Disappointingly, that fact has been lost in a lot of the media coverage of this over the past few weeks. This situation is larger than a movie’s release or the contents of someone’s private emails.”
Since the attack became public Nov. 24, Sony’s business data and private emails have been broadcast, printed and posted in hundreds of news reports, many of them focused on the details of executive dealings with stars like Seth Rogen, Adam Sandler, Kevin Hart and Angelina Jolie. The studio was buffeted on Friday by a fourth lawsuit by former employees claiming that the studio did not take the proper steps to safeguard their information, which was stolen by hackers and made available on the Internet.

Posted by firesprinklers at 6:35 PM