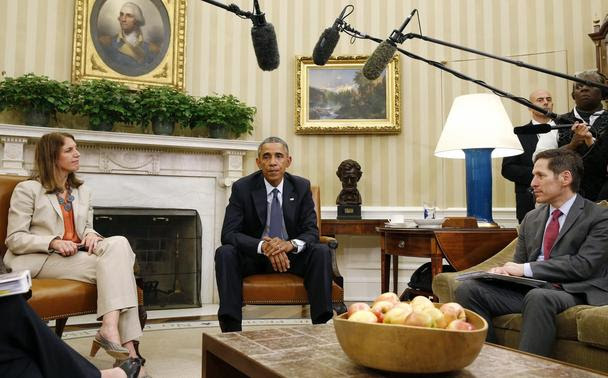 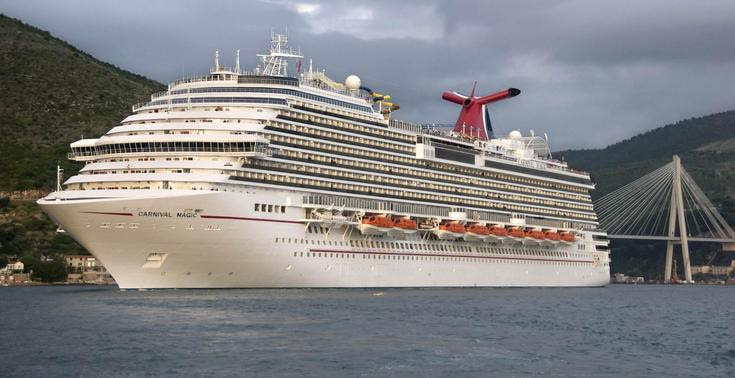 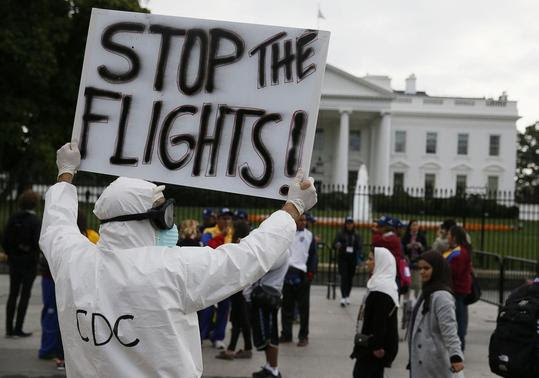 1 OF 3. U.S. President Barack Obama pauses as he talks next to U.S. Secretary of Health and Human Services Sylvia Burwell (L) and Director of the Centers for Disease Control and Prevention Dr. Thomas Frieden (R) after meeting with his team coordinating the government's Ebola response in the Oval Office of the White House in Washington, October 16, 2014.
CREDIT: REUTERS/LARRY DOWNING

Kerry calls for "all hands on deck" in Ebola fight

(Reuters) - President Barack Obama appointed a former White House adviser as U.S. Ebola "czar" on Friday and named senior officials to help step up the government's response the disease in Texas, where it first appeared on U.S. soil.
Obama, facing criticism from some lawmakers over his administration's handling of efforts to contain the virus, appointed Ron Klain, a lawyer who had served as chief of staff to Vice Presidents Joe Biden and Al Gore, to oversee the U.S. response.
The White House also said it would send senior personnel to Dallas, Texas, to help federal, state and local officials there trying to identify and monitor people who came in contact with three people who contracted the disease.
The three include Thomas Eric Duncan, the first person diagnosed with the disease in the United States, and two nurses who were on the team of health workers caring for Duncan until his death last week.
Obama met with health and national security aides and "underscored that the domestic response to Ebola cases must be seamless at all levels," the White House said in a statement.
It was the third consecutive day that Obama had convened officials to discuss what has become a major political issue for his Democratic administration ahead of mid-term elections next month.
The officials will include a Federal Emergency Management Agency coordinator, Kevin Hannes, and a White House liaison, Adrian Saenz, a presidential aide. Governor Rick Perry has named Texas emergency management chief W. Nim Kidd to coordinate the state Ebola effort, the White House said.
Authorities said a Texas health worker, who was not ill but may have had contact with specimens from the patient, was quarantined on a cruise ship that departed last Sunday from Galveston, Texas.
The Carnival Magic, operated by Carnival Corp unit Carnival Cruise Lines, skipped a planned stop in Cozumel, Mexico, because of delays getting permission to dock from Mexican authorities, the cruise line said.
A Mexican port authority official said the ship was denied clearance to avoid any possible risk from Ebola.
The countries worst hit by Ebola have been Guinea, Liberia and Sierra Leone, where the disease has killed 4,546 since the outbreak of the hemorrhagic fever began there in March, according to an updated tally on Friday from the World Health Organization.


Posted by firesprinklers at 7:48 PM