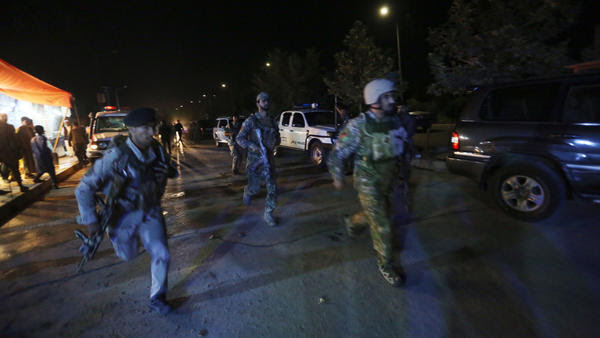 Gunmen stormed the American University of Afghanistan on Wednesday, according to eyewitnesses.
Dozens of students and Associated Press photographer Massoud Hossaini were trapped inside the building, witnesses said. Several wounded have been taken away by ambulances.
Police spokesman Sediq Sediqqi said police and intelligence agency personnel are at the campus, on the western outskirts of Kabul. He said police believe there is just one assailant.

"My class was over and I was planning to leave, then suddenly I heard gunshots,” said Ahmad Mukhtar, a student who managed to escape the attack. “I tried to find shelter, but a blast took place and I ran towards a wall and managed to escape by climbing the wall and injured my leg.”

A Message from Home Depot US
See More
"Several students have been killed and injured; many students and professors are stuck,” said another student inside the university. “Some managed to escape, but we are still here. Please help us."
The number of casualties was not immediately clear.

The attack comes two weeks after two university staff were kidnapped from their car by unknown gunmen. Their whereabouts are still unknown.
This is a developing story and will be updated.