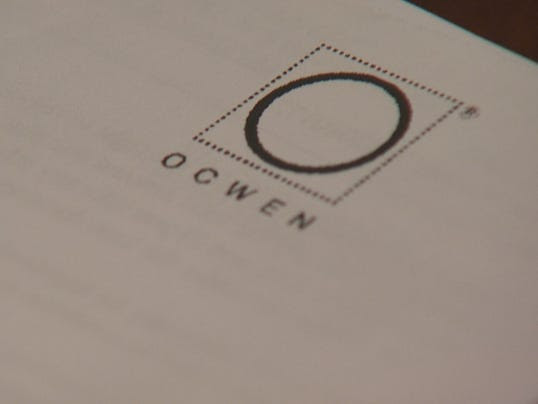 (WZZM) -- Despite the best wishes of many, the housing crisis is not over. There were 700,000 foreclosures last year.
More than six years after the housing crash, lawyers for homeowners contend many mortgage companies are still making mistakes and foreclosing on homes when they shouldn't be. The biggest offender is Ocwen Financial.
WZZM 13 has brought the stories of many West Michigan residents who claim to be a victim of fraud by the company. While we have been reporting on Ocwen all year long, National Public Radio is now reporting on the alleged practices of the mortgage company.
Those practices include mortgage payments not recorded or returned, the inability to communicate with customer service representatives, illegal fees, and escrow mistakes. Most of the time these mistakes lead to foreclosure.
NPR is now reporting a new allegation, that Ocwen actually backdated loan modification letters, making it look like the homeowners had missed their chance to try to avoid foreclosure. As NPR reports, the pattern is the same: it usually starts with a small, fixable problem -- like a mix-up with an escrow account, or a homeowner missing a payment. Lawyers say it is usually something that can be corrected, but Ocwen adds charges in such large amounts that the problems become almost unsolvable.
Ocwen is not the only mortgage company alleged to do this; it is just the largest.
As lawsuits are filed and states continue to investigate, Ocwen denies any wrongdoing.
Still, WZZM 13 gets a couple of calls on average every week from West Michigan homeowners who claim they are being victimized by Ocwen and pushed into foreclosure.
RELATED: Ocwen accused of abuses in NY
RELATED: 13 On Your Side Watchdog: Ocwen subpoenaed by feds
RELATED: Watchdog: Deadline approaches for Ocwen mortgage help
RELATED: Mich. AG: We're looking at new Ocwen info carefully
RELATED: Watchdog report: More problems for Ocwen customers
RELATED: Watchdog: Ocwen Financial tied to mortgage nightmares
Posted by firesprinklers at 7:50 AM