A new lawsuit challenges medical marijuana licensing in Illinois, claiming that the state failed to follow its own requirements for deciding who would get to grow and sell the drug.
In response, Gov. Bruce Rauner's administration agreed that the evaluation process started by former Gov. Pat Quinn's office was flawed, and pledged to cooperate with any court review of the program.
lRelated 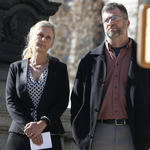 SEE ALL RELATED
8
"We understood and acknowledged that the process the Quinn administration applied would likely expose the State to significant and costly litigation," Rauner's office stated in an email. "We believe the steps we took to fix the errors in the Quinn selection process reduce, but cannot entirely eliminate, the risk of litigation.
"We will fully participate in any judicial review of the selection process and comply with any orders issued by a court as it relates to this particular applicant or any other applicant that seeks a judicial review," the statement said.
The suit, filed by PM Rx LLC of Chicago, seeks a court order to prevent the state from issuing a final cultivation center license to competitor Cresco Labs LLC, to require the state to rescore the applications for court approval or to declare PM Rx the high scorer in District 21 in Kankakee.
cComments ADD A COMMENTSEE ALL COMMENTS
12
The suit was filed Tuesday in Cook County and names the defendant as Philip Nelson, acting director of the state Department of Agriculture, which oversees the licensing of marijuana grow centers.
On Feb. 2, the Rauner administration named Cresco Labs as the winner of three of 21 cultivation center licenses statewide. Since then, Cresco has been seeking up to $30 million from investors, according to documents filed with the suit, even though all investors were to be identified ahead of time as part of each application.
The suit claims that Cresco scored lower than PM Rx but ended up with a higher score after a Cresco representative met with Quinn, despite a ban on regulators meeting with applicants during the selection process.
A spokesman for the former governor released a statement that said Quinn "did not have any meetings with any medical marijuana applicants to discuss their licensing applications.
"Furthermore, Governor Quinn had no involvement in the scoring and evaluation of applicants," spokesman Bill Morgan said, adding that state agencies handled the process. "Governor Quinn did not know the names or scores of any license applicants at any time."
In a statement, the company said: "We are not going to comment on the efforts of a company that is attempting to achieve in court what it failed to do with the State. Cresco Labs submitted comprehensive and thorough applications exceeding all of the State's very stringent requirements, and we stand behind our applications."
The suit cites a prior statement from Rauner's office identifying four problem areas with the evaluation process by Quinn's administration, which included "arbitrary scoring 'cut-offs' that ... effectively eliminated certain applicants."
Cresco did not address whether the Quinn meeting took place.
PM Rx claims in the suit that it spent at least $1 million to prepare its application, had secured a commitment letter from an investor for $10 million for the project and had $500,000 in liquid assets as required.
Cresco Labs President Joe Caltabiano said Wednesday that his firm met the state deadline for securing $2 million in bonds and paying $200,000 in permit fees for each of three licenses it won for cultivation centers in Kankakee, Joliet and just outside downstate Lincoln.
He said Cresco raised $4 million in equity last fall, as reflected in federal financial filings, and planned to begin building its facilities within a month and be operating within six months as required by the state.
Cresco was seeking additional investors as a commonly accepted business tactic to spread the investment risk, Caltabiano said, adding that any new investors would have to go through the same criminal background check as initial investors.
Earlier this month, another cultivation center license seeker, Shiloh Agronomics LLC, filed what was believed to be the first lawsuit over the licensing process. It claimed that Shelby County Community Services should not have gotten the license to grow pot near Champaign, because it is a not-for-profit entity that pledges not to violate federal law.
A state law took effect last year to make growing and selling marijuana legal for patients with any of about three dozen specified medical conditions, though the drug remains illegal under federal law. No medical cannabis is expected to be available in Illinois until summer because of delays in implementing the program.
rmccoppin@tribpub.com
Twitter @RobertMcCoppin
Copyright © 2015, Chicago Tribune

Posted by firesprinklers at 9:04 PM