Amanda Knox: 'There's no evidence against me' 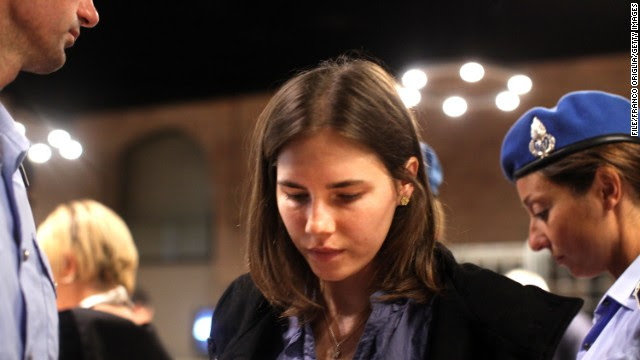 American college student Amanda Knox spent four years in jail because of murder charges in the death of her roommate Meredith Kercher while studying abroad in Perugia, Italy. She and her former boyfriend Raffaele Sollecito were convicted in 2009 to 25 years in prison (Sollecito got 26 years). The conviction was overturned in 2011. Here's a look at the characters in Knox's trial:
HIDE CAPTION
Who's who in the Amanda Knox trial
<<
<
1
2
3
4
5
6
7
8
9
>
>>
STORY HIGHLIGHTS
Chris Cuomo's wide-ranging interview with Amanda Knox, "Amanda Knox: The Unanswered Questions," airs at 10 p.m. ET Tuesday on CNN.
(CNN) -- Amanda Knox says she's scared to return to Italy to face a new trial nearly six years after her study-abroad roommate's slaying. But she's considering it.
"In Italy," she told CNN's Chris Cuomo, "people think it's arrogant of me to sit here in the United States and have a book come out and to defend myself."
"First of all, I find that incredibly unfair because I have the right to defend myself. And no one can ask me to just shut up because it's convenient," she said. "But at the same time, I want to prove to them that I care about what's going on."
For years, the twists and turns of the case against Knox have drawn international attention.
Knox and boyfriend Raffaele Sollecito were convicted in the 2007 rape and slashing death of 21-year-old Meredith Kercher at Knox and Kercher's apartment in Perugia, Italy. A jury overturned the conviction in 2011, and Knox flew home to Seattle.
An Italian appeals court overturned Knox's acquittal earlier this year, but experts disagree over whether the U.S. State Department will extradite her to be retried.

Amanda Knox: I am not a devil
Knox spoke to Cuomo about the case in a wide-ranging interview set to air on CNN Tuesday night.
"I find it incredible that despite an absolute lack of evidence that connects me to this murder, I am still being judged based upon unrealistic and unreasonable expectations about how a young woman would react to a horrible situation. No one knows how they would react to a horrible situation until it happens to them," she said. "I have cried. I have been angry. I have been scared. And these were all things ... that I have shown, that have come out of me."
She said she was shocked to learn that there would be a retrial.
"There's no evidence against me," she said. "There is nothing that links me to this murder. I am not present at the crime scene. I am just not." 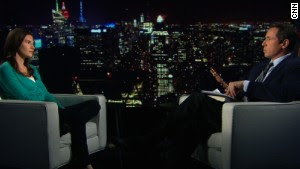 Chris Cuomo's interview with Amanda Knox airs at 10 p.m. ET on Tuesday.
Knox spoke to CNN on the heels of the publication of her memoir, "Waiting to be Heard." She reportedly was paid a $3.8 million advance for the book.
Asked by Cuomo during the interview why it looked like she had injuries on her hands, Knox said she was going through self-defense training.
"I've received death threats since I've been home," she said. "And I don't ever want to be caught in a situation that Meredith was caught in where someone is able to overpower me because I just don't know what to do."
"There are not normal people who are fixated on me," she added. "And I don't know what they're capable of. I don't."
Posted by firesprinklers at 2:09 PM