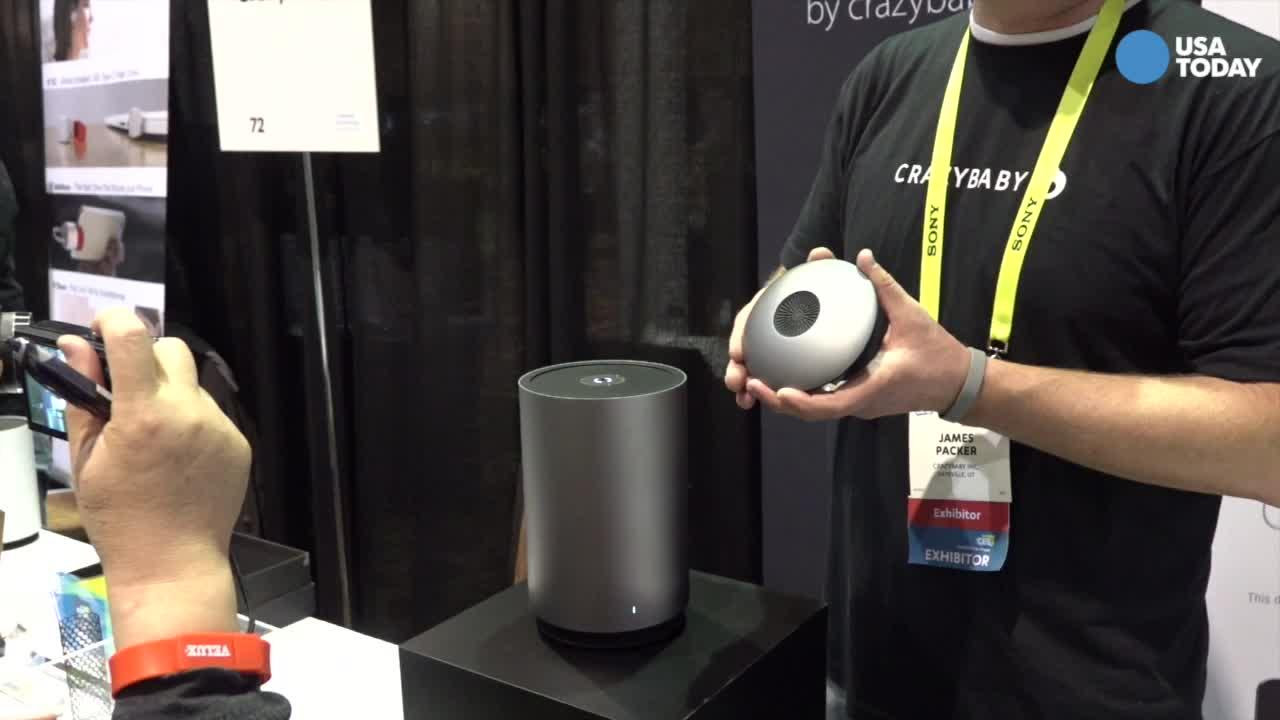 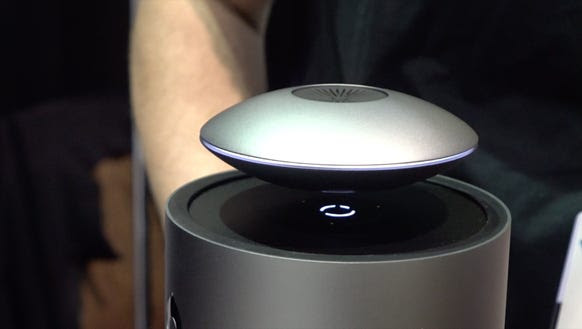 Levitating speakers from Crazybaby, on display at the CES in Las Vegas. (Photo: Jefferson Graham)
— Crazybaby Mars audio speakers. They look like the Amazon Echo, but with a floating ring atop the unit. The $329 unit features a Mars-like ring above, because why not. That, and the company says it offers better sound.
“Zero loss in audio transmissions,” explains Crazybaby’s Morong Su. The speakers are out now. 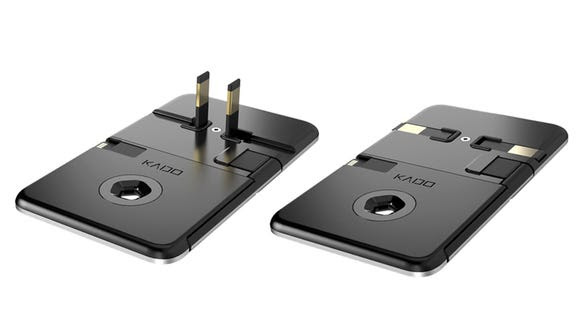 Kado wallet size smartphone charger. (Photo: Kado)
— Kado ultra-slim chargers. The credit-card sized unit fits into your wallet (or purse), and when pulled out, has two prongs and a smartphone cable to plug into A/C for a quick charge. The company makes a great point. Phones are getting slimmer, but chargers remain the same. “It’s time we have chargers that fit our mobile lifestyle,” says Kado chief marketing officer Yariv Ganor. Kado, which claims the phone charger would be the world's thinnest, is looking at a mid-2017 release. 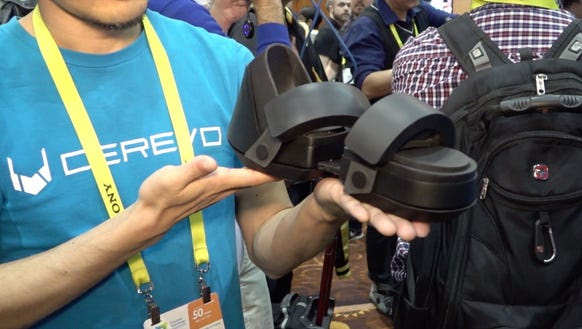 Crevo's Taclim VR shoes promises more realistic game play with feet that shake along with the game. (Photo: Jefferson Graham)
--Virtual reality shoes: The Japanese company Cerevo came to CES with a novel concept: big, black and bulky $1,000 - $1,500 boots for the gamer who wants everything. These are Virtual Reality shoes to be worn while entering another Oculus or Vive dimension. “Once you kick the monster in a VR world, you can feel the monster kick back,” says Cerevo founder Takuma Iwasa of the Taclim VR shoes. He hopes to have them out in the fall. 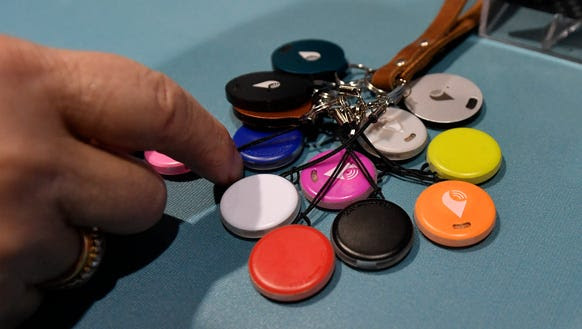 The TrackR is a coin-sized device that can locate items like keys and wallets via Bluetooth and the TrackR app on display at "CES Unveiled" a press and industry event held at the Mandalay Bay Hotel. (Photo: Robert Hanashiro, USAT)
--Trackr - We love the Tile Bluetooth gizmo for finding lost stuff. The folks at Trackr hope to take it on, with two new units, including that one emits a sound, like Tile, but also lights up. The Trackr Bravo is a round unit, selling for $29.99 that has a replaceable CR1620 battery for when the juice is gone. It can fit on any keychain. 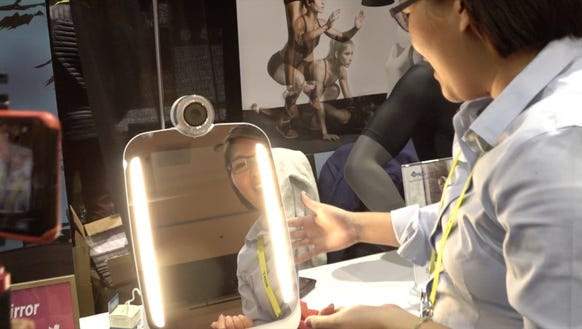 The Hi-Mirror Plus tracks your skin and makes makeup suggestions accordingly. (Photo: Jefferson Graham)
--Hi-Mirror Plus - the $249 unit is pitched as “smart mirror, smarter beauty,” that helps assess skin conditions, and make makeup suggestions accordingly. A built-in camera and tracking system records your progress. The new edition, just out, has LED lights to simulate different lighting conditions.
FacebookTwitterGoogle+LinkedIn
CES 2017: The coolest tech you have to see
Fullscreen 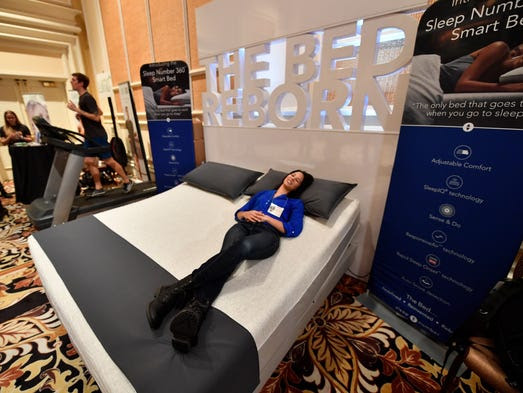 Christine Hamon from Sleep Number relaxes on the company's smart bed.  Robert Hanashiro, USA TODAY
Fullscreen
Next Slide
32 Photos
CES 2017: The coolest tech you have to see
We'll be off looking at more products today, and be back with more cool product write-ups. Stick with USA TODAY and sister publication Reviewed.com for the latest from CES.

Posted by firesprinklers at 9:30 AM