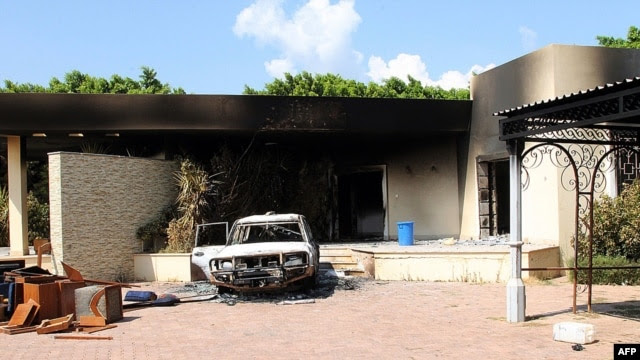 TEXT SIZE
Kent Klein
An investigation by The New York Times newspaper has raised new questions about the killing of the U.S. ambassador to Libya and three other Americans on September 11, 2012.

The Times says it spent months talking to Libyans in Benghazi who had direct knowledge of the assault on the U.S. consulate there and the circumstances surrounding it. None of the sources produced any evidence that al-Qaida was behind the rampage in which the angry mob killed the four Americans — including Ambassador Christopher Stevens.

In the immediate aftermath, the Obama administration said the deaths were the result of an anti-West demonstration that got out of control.

At the time, Muslims around the world were angered by a crude video made in the United States that ridiculed the Prophet Muhammad, and some news media reports said that the attack was organized by an al-Qaida-linked terrorist group.

The Obama administration came under harsh criticism from Republicans in Congress for the alleged failure to detect and prevent the attack, with many placing blame directly on then-secretary of state Hillary Clinton.

The paper's new investigation adds fuel to the largely partisan debate in Washington about the Obama administration's response to the killings, saying the attack was led by local fighters who had benefited from NATO support during the uprising against Libyan leader Moammar Gadhafi.

According to the paper, the assault was intensified in part by anger over the amateur video that was seen as insulting Islam. That finding appears to partially support a statement by then-U.S. ambassador to the United Nations Susan Rice, on a television talk show five days after the incident.

"We believe that folks in Benghazi, a small number of people, came to the embassy ... to replicate the sort of challenge that was posed in Cairo," she said in the 2012 television appearance. "And then as that unfolded, it seems to have been hijacked, let us say, by some individual clusters of extremists."

Some members of Congress, mostly opposition Republicans, charged that the assault was not a spontaneous reaction to the video, but a planned attack by terrorist groups, which was covered up by the White House.

Republican Senators Lindsey Graham and John McCain questioned Susan Rice about the incident in the days that followed, and said they were not satisfied with her answers.

The debate intensified in the weeks before the November 2012 presidential election. President Barack Obama was said to have been considering appointing Rice to replace Hillary Clinton as secretary of state in his second term, but as criticism mounted, Rice withdrew her name from consideration.

Meanwhile, Clinton responded angrily to tough questioning from senators about what happened in Benghazi. 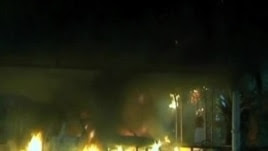 CLICK TO EXPAND VIDEO - Clinton's Benghazi Testimony
"With all due respect, the fact is we had four dead Americans," she told legislators. "Was it because of a protest, or was it because of guys out for a walk one night who decided they'd go kill some Americans? What difference, at this point, does it make? It is our job to figure out what happened and do everything we can to prevent it from ever happening again"

According to The Times investigation, threats from local militants have multiplied throughout the Middle East, and the focus on battling al-Qaida may be distracting the United States from protecting its interests.

The report was released hours after the State Department said the Libyan government released four U.S. military personnel it had briefly detained.

A State Department spokeswoman said the four had been taken into custody near Sabratha, where they were participating in "security preparedness efforts."