Charlie Sheen is a bit of a nut.

Not surprisingly, many of histories movers and shakers were considered nuts during their life. Galileo and Copernicus are  examples of this. Since his manic/depressive episode of a while back I have watched Charlie Sheen  with some interest. His appearance on Dr. Oz revealed his 'humanness'  to me.

Knowing current day 'nuts' may be the foretelling of human progress yet unrealized I have watched this individual for the last few years.

The following story is a disappointment for me, because Charlie seems to want to be Politically Correct as he slams Phil, the leader of the 'Duck Dynasty' whom I had to ask my Tennessee nephew, Judge Rodgers, what in the hell was this 'Duck Dynasty".

Since 6th grade, through junior high school at Hawthorne Intermediate School, and four years at High School at Hawthorne High, in some cliques, I was known as Nigger Ozenne.  At York School it stung . It gave me the feeling I was not accepted by others who were "cool"   and 'white'.

In time, I realized that this was some sort of social power game, apparently to define social status within the larger social group.  Personally, I did not pay much attention for this derogatory moniker.  In time I told those who would torment me that they were simply envious of my smooth dark skin, and were simply jealous.

Charlie has inspired this post because he is simply wrong about the 'Duck Dynasty'.

Put on your American Constitution pants Charlie, and realize that Phil, of Duck Dynasty  has his right to say things the way he see's them.

Paula Dean admitted she had used the word 'nigger' describing her encounter with a gun wielding criminal. The 24/7 news media used this to destroy her commercial endeavors.

Cracker Barrel, the nationwide restaurant chain, immediately dropped Phil after learning about his article with GQ , Gentleman's Quarterly.  The profit advocates within this organization quickly determined that this might not be the best position to take on this issue and rescinded it.

So Charlie Sheen; lets try to give everyone a opportunity to express their true thoughts, without the burden of determining if this was politically correct.

I love Charlie Sheen. Let's get it together Charlie.

The star goes on a classic Sheen-style rant against the 'Duck Dynasty' patriarch. 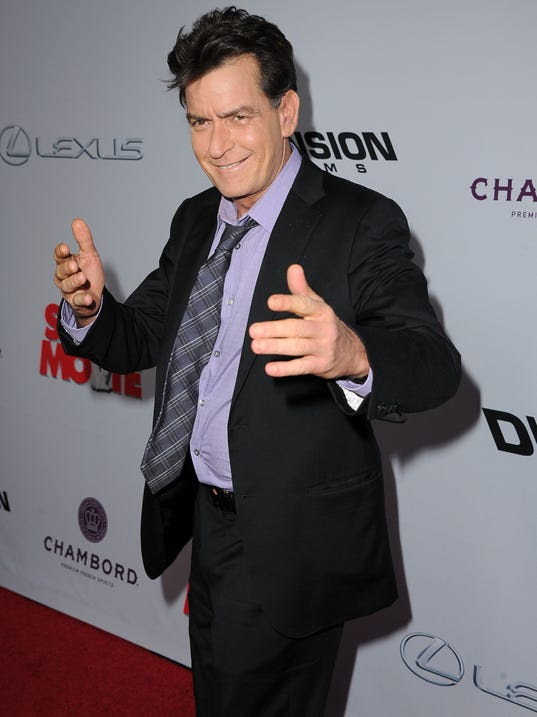 The  controversy continues.
is now slamming  for his anti-gay views. Sheen took to Twitter on Sunday to address the patriarch, who has been under fire for his anti-gay remarks.
Writes Sheen:
"hey Mallard brained
Phil Robertso!
you have offended and hurt so many dear friends of mine,
who DO NOT have the voice or the outreach that I do. ....
your statements were and are
abhorrently and mendaciously unforgivable.
the idea that you have a job
outside of dirt-clod stackingis a miracle.
the only 'Dynasty' you are attached to might be the
re-runs of that dated show."
More: 'Duck Dynasty' family: No Phil, no show
Meanwhile, Robertson, who issued a statement standing by what he said in GQ, is staying true to himself. The reality show star and church elder led a small Bible study group in his , La., church on Sunday, and the MailOnline was there.
Robertson defended himself and declared, 'I will not give or back off from my path," reports the site. He also noted that this is not the "first time" he has given his views on sin. And he added, "I love all men and women. I am a lover of humanity, not a hater."
After his Bible study group, Robertson joined the rest of the congregation for a church service. Robertson's son, Alan, led part of the proceedings and made reference to the attention the family has been getting. "Well we've had a quite a quiet week, shot some ducks, done some shopping, ignited a national controversy," he said.
Posted by firesprinklers at 7:35 PM