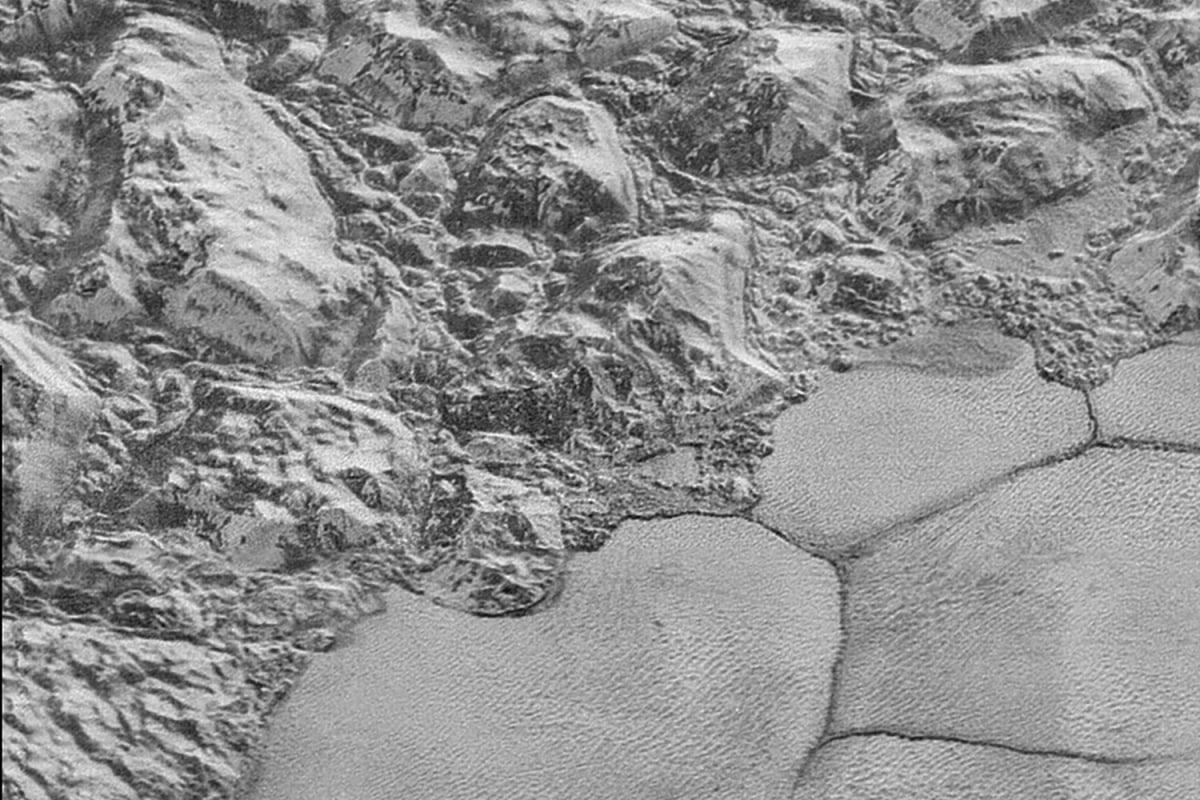 The shoreline of Sputnik Planum. NASA/JHUAPL/SwRI


Ever since Pluto was just nine pixels wide in pictures taken 740,000 miles ahead of the New Horizons probe, we've been getting better and better shots of the dwarf planet. Each new set of images has revealed new details, and now NASA is releasing the highest-resolution pictures ever taken by the spacecraft during its brief but historic flyby of Pluto.
They won't get any better than this — until we send a better camera on the multibillion-mile trip.
"These new images give us a breathtaking, super-high resolution window into Pluto's geology," said Alan Stern, principal investigator for the New Horizons mission, in a NASA news release. "Nothing of this quality was available for Venus or Mars until decades after their first flybys; yet at Pluto we're there already — down among the craters, mountains and ice fields — less than five months after flyby!"
Related: NASA Shows Pluto Flyby Video and Picks Next Destination for New Horizons
This strip of high-rez imagery (about 250 feet per pixel, showing an area about 50 miles wide) captures Pluto's rough horizon, then continues across "Sputnik Planum," the "al-Idrisi mountains," and into the wide, flat icy plains of the heart-shaped Tombaugh Regio. The images were taken on July 14, from about 10,000 miles away.
You can view the full vertical mosaic here, but for a leisurely aerial view you can also watch this video panning through the imagery.
The improved resolution will allow geologists, planetologists and other scientists to better understand how Pluto was formed — and what it's made of.
Additional high-rez pictures should be downloaded and processed soon, showing more of the mysterious dwarf planet — but this is as good as pictures are going to get for now. New Horizons, meanwhile, is well on its way to the Kuiper belt, where it may eventually encounter more stellar objects worth documenting. 
Posted by firesprinklers at 4:23 PM