Obama says Russian Syria proposal could be a breakthrough 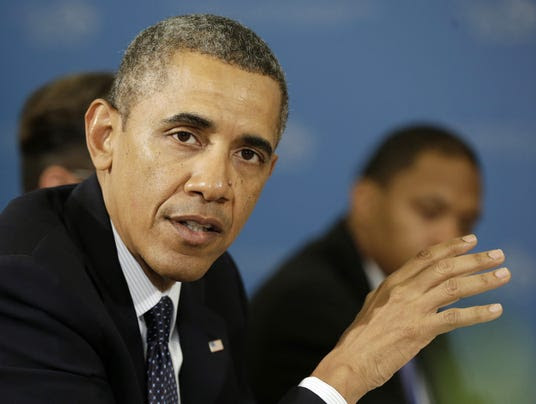 In an interview with Charlie Rose for CBS' This Morning, Assad denied using chemical weapons to attack his own people, but he would neither confirm nor deny his government kept such weapons. If they exist, he said they are "in centralized control."
Syria has denied launching the attack Aug. 21, insisting along with its ally Russia that the attack was launched by the rebels to drag the United States into war. Assad told CBS his troops were attacked by chemical weapons and were not the aggressors.
"Our soldiers in another area were attacked chemically," he told Rose. "Our soldiers. They went to the hospital — as casualties because of chemical weapons."
Lavrov said Russia will continue to promote a peaceful settlement and may try to convene a gathering of all Syrian opposition figures to join negotiations. He said a U.S. attack on Syria would deal a fatal blow to peace efforts.
Lavrov wouldn't say how Russia could respond to a U.S. attack on Syria, saying, "We wouldn't like to proceed from a negative scenario and would primarily take efforts to prevent a military intervention."
President Vladimir Putin said Moscow would keep providing assistance to Syria in case of U.S. attack, but he and other Russian officials have made clear that Russia has no intention to engage in hostilities.
Assad, in his interview with CBS, said the United States would face "repercussions" in the event of an attack.
Contributing: Associated Press 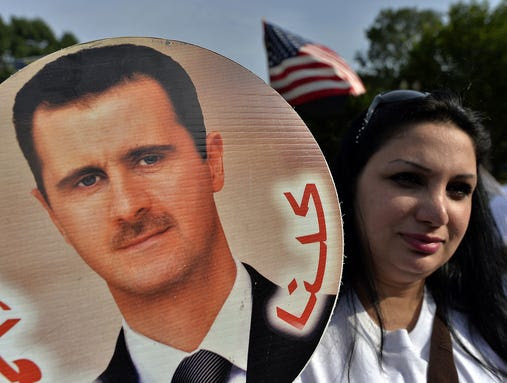 UNDERSTANDING SYRIA: A VISUAL GUIDE TO THE LATEST CRISIS IN THE MIDDLE EAST
Syria, once the center of the Islamic empire, has been the scene of many conquests throughout history before its present incarnation as a dictatorship led by a small Shiite Muslim sect battling a rebellion of Sunni Muslims. As a result, this land of mountains, fertile plains and desert is home to many ethnicities and religious groups.
Source: AP, USA TODAY research
Kevin A. Kepple, Anne R. Carey, Emaun Kashfipour, Tory Hargro, Jerry Mosemak and Oren Dorell, USA TODAY

Posted by firesprinklers at 4:32 PM