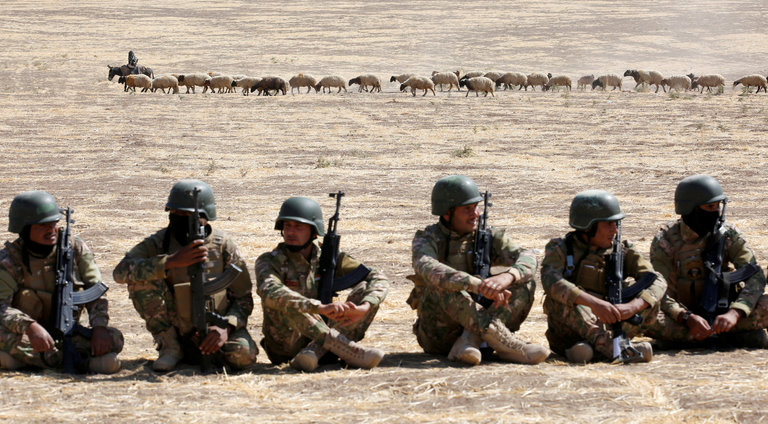 Iraqi soldiers during a training session for the battle to retake Mosul, as a shepherd led his herd in Bashiqa this month.


Posted by firesprinklers at 5:59 PM