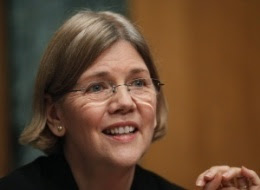 Editor: Senator Elizabeth Warren has started a petition to get Congress to pass a Cost of Living  increase for Social Security recipients. As of right now there is no annual increase coming – and this is only the 3rd time in the last 40 years that there hasn’t been a COLA increase for those who received Social Security.
Here’s Elizabeth Warren’s call:
On January 1, for just the third time since 1975, seniors who receive Social Security won’t be getting an annual cost-of-living increase. Neither will millions of other Americans whose veterans’ benefits, disability benefits, and other monthly payments are pegged to Social Security.
Will you join me in calling on my fellow members of Congress to give seniors and veterans the raise they deserve?
Please pass the Seniors and Veterans Emergency Benefits Act (SAVE Benefits Act) to give seniors and veterans a one-time 3.9% payment in 2016—the same raise that America’s top CEOs received last year.
Two-thirds of retirees depend on Social Security to pay for the basics: to put food on the table and keep a roof over their heads—but seniors who usually get a small boost on January 1 won’t see an extra dime next year.
The Seniors and Veterans Emergency Benefits Act (SAVE Benefits Act) would:
So let’s do it. Let’s close the loophole and let’s use the money to give seniors and veterans the support they need on January 1. Tell Congress that America supports the SAVE Benefits Act.Click here to add your name to this petition, and then pass it along to your friends.
Thanks!
–Senator Elizabeth Warren


Posted by firesprinklers at 8:55 AM